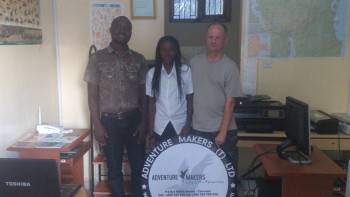 "Unleash Your Spirit Of Adventure"

"Unleash Your Spirit Of Adventure"

Adventure Makers is a specialist tour company based in Tanzania. We offer tours and travel services to all of the most spectacular places of East Africa. We have more than 10 years of hands-on experience in driving tours to East African national parks. We specialize in arranging excellent-value, customized trips specifically tailored to your individual taste. From tours of the national parks, to climbing the beautiful mountains of Kilimanjaro and Meru, Gorilla trekking to the beaches of Zanzibar

My friends and I booked the safari well in advance, and we also agreed on a transfer from the airport and an extra night's stay, since we were going on the safari the very next day. We also settled the advance payment for the reserved one with slight delays, but they were just fine. Our guide Steven was very flexible. Despite the later rescheduling of the flight and the change of airport, there were no problems, he picked us up at the agreed time, dropped us off at a nice hotel, and the next day we set off on our adventures. We visited the Serengeti Park and the Ngorongoro Crater. There was a lot of laughter during the drive, Steven was happy to accommodate our wishes, provided us with beer and stopped for the toilet many times without any ill will. :) We were lucky and saw the big 5! For me, the best moment was hanging out under the stars among the zebras. Definitely an experience not to be missed.

We planned our trip the day before. Stephen was very communicative with the planning, speaks perfect English and was happy to answer any questions we had.

We altered his original itinerary, which we regretted in the end so I advise to go with his recommendations as he knows best!

We were picked up from Moshi and brought to Arusha for the night, and Steve was kind enough to help us pick up some safari outfits as we wanted a laugh!

We stayed in very nice glamping tents and lodges during our stay, which we were very happy with.

Our recommendation is to skip the north Serengeti and spend more time in the central as you’ll see much more there and save a lot of time driving.

Also, I left my AirPods in the vehicle he hired for the safari and came to help me track them down! What a guy!

The company provided the perfect Safari vehicle with fridge, cold drinks and even WiFi in the car.
Especially the Safari experience in central Serengeti was absolutely amazing - I suggest everyone to spend as much time as possible in that area. Our guide had a lot of knowledge about all the animals and was happy to answer all our questions throughout the tour.

All accommodations provided were clean, comfortable and with good food service.

Stephen from Adventure Makers Tanzania makes sure you get a really nice, well organized (which is rare in Tanzania) and beautiful tour. He organized a nice meet up and made sure we had a great day at the Kilimanjaro 1-day tour. 100% recommending this company, would love to book again.

Great value for your money !

In order to assist future travellers, I've provided a comprehensive list of pros and cons below.

Pros :
- Great customer service : Stephen really goes above and beyond and does his darnest best to ensure that your stay is goes as smoothly as possible. When I mentioned to him that I had a stiff neck after having slept in a tent for 6 nights in a row whilst climbing up the Kilimandjaro and that I wasn't looking forward to spending another two nights in a tent during our safari, he made a few calls and got us 1 night in a lodge (at no extra cost!).
- Great value for your money : As we were travelling on a budget, we asked for quotes from at least 4 different companies and Adventure Makers was the cheapest one. Some of the higher-end ones were significantly more expensive (over 1500 euros more) and others within the same range were only slightly more.
- Fantastic staff : Our mountain guide and assistant guide were very competent and our safari driver/guide (Philip) was amazing ! Philip got us off the beaten paths and away from the crowds where we got to spend some 1:1 time with all of the major animals there were to see (aside from the rhinos but apparently they are notoriously hard to spot).
- Exceptional food : This was especially true of the food served during our climb up the Kilimandjaro. We were served three full courses each evening ! And plenty more for breakfast and lunch.

Cons :
- Stephen was not necessarily the most reactive in the weeks leading up to our trip. We realized later that this was largely due to the fact that we were writing to him on WhatsApp/by email. Since he spends most of his day driving (he does the client transfers to/from the airport himself plus some of the safaris), your best bet is to call him directly if you have got something urgent you want to discuss with him.
- You will be asked to pay for the safari either by international wire transfer ahead of time or in cash in person on your first day. As we were a bit weary at the idea of sending such a big sum of money to a foreign bank account without yet knowing who was behind it and weren't particularly keen at the idea of carrying 5000+ USD in cash, we asked if it was possible to pay by card instead. Stephen agreed to this but warned us that there was going to be a 6% surcharge. We later learnt that this is actually standard practice for all tour operators but it still represented an extra 200 USD. In fact, in hindsight, knowing what I know about Stephen, I would recommend you just wire the entire amount ahead of time. It will save you a lot of time and money and we can personally vouch for the trustworthiness of his business.
- While the staff was great, some of the equipment we were provided for the Kilimandjaro climb was a bit lacking. The sleeping bag that my boyfriend was provided had a few holes in it which meant that he had to sleep in the same position all night in order to make sure that the cold didn't creep in. Otherwise, you should be warned that Adventure Makers Tanzania doesn't provide a mess tent or a toilet tent which most of the higher-end tour operators usually provide. We really didn't mind though because each camp has pit latrines and our sleeping tent was big enough for us to eat in sitting down.
- The hotel we stayed in at Arusha at the beginning and the end of the trip was clean but one major inconvenience was that there was no restaurant on site which meant we had to get take-out. Moreover, even though there was hot water in the showers and a decent wifi connection, you had to actually ask for them to switch these amenities on which could take a while. We once had to wait over 2 hours for a hot shower ! It should be noted that Stephen knows about this and is considering changing hotels for future travellers.

In the end, all of these cons were relatively minor and it should be stressed that we really enjoyed our time in Tanzania. I definitely think that Adventure Makers is the right fit for you if, like us, you are travelling on a budget and are looking to get the most out of your money without skimping on any of the important things. A big thank you to Stephen for his incredible support ! 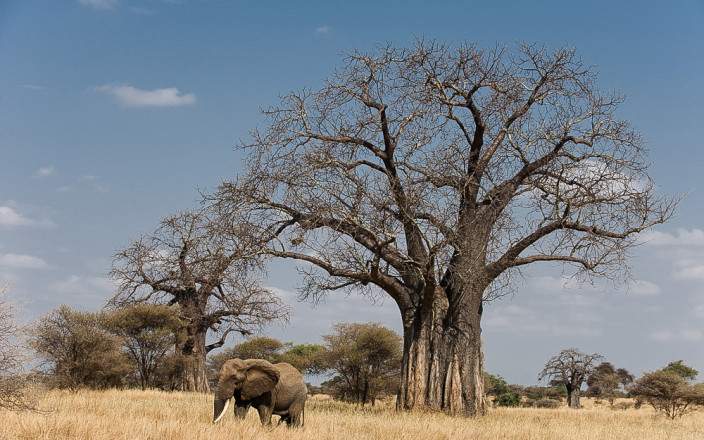