This Tour Is Offered by Africa Flash Mc Tours & Travel 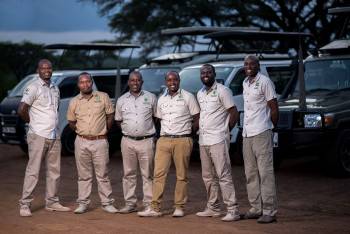 Africa Flash McTours is a tour operator based in Nairobi, Kenya specializing in African Safari packages. We take pride for having a team of professionals who have traveled in Africa and now works to ensure that our clients both acquire a unique and educational experience of African wildlife, landscape and culture. Since our inception in 2009, Africa Flash McTours has catered to numerous international clients in various continents particularly in Europe, America, and Asia.

One sentence is not enough to describe Simon's persistence to find at least one lion for me! He did!

The service was really good. Everything was well organized, I had nothing to do except to enjoy the view! I can never thank Simon & Patrick enough for taking care of me for 3 days.

Thank you again Peter for everything.

I was impressed with the prompt communication with Peter to organize the logistics of the trip. He was able to answer any questions.

Our driver, John was amazing! He communicated beforehand and was time conscious the whole time. He was very knowledgeable about the animals and the surrounding area, because of John we were able to see so many animals and we truly enjoyed our time. The hotel (Zebra Plains Camp) was also very clean and the employees were helpful and friendly. The food was on point!

We would definitely recommend this company to our friends and family!

Excellent and once in a life time experience

We went on a private safari to Tsavo East and Travo West, and we loved it. Our tour guide John was great. He had so much knowledge, and he could answer all of our questions and he learned us alot. We couldn't be more grateful and happy with the safari and with our guide, John. Absolutely a once in a lifetime experience, and we highly recomened Africa Flash McTours and Travel and our guide John.

Peter Macharia will be the guy answering your phone calls and emails from start to finish. He's DA MAN as Africa Flash McTours and Travel is his baby! He delivers 6-star FOUR SEASONS HOTEL customer service! Seriously, they should hire him! If you want to go directly to the source and not have a bunch of middlemen in between, then look no further! Before I settled on FlashMC (which I kept mistakenly seeing as McFlash) I did research on a dozen companies in Kenya & Tanzania, 6 companies in Europe & another dozen companies in the USA. If you've read until now then STOP YOUR RESEARCH and look no further - you're welcome!

So Peter delivers on speedy communication that is easy to understand. He delivers on obstacles; if you have one he can help you get around it. He's KATO-bonded. He delivers on helping you do a turn key solution from the time you land until you take-off! But can he deliver on the safari? YOU BETCHA!

I met him after his guide, Anthony Kimondo picked us up and brought us to a quick snack station and to meet Peter (see photo). All the lodges and tented camps were as advertised. FlashMC's website is transparent about choices of accommodations, upcharges, travel times, etc. Many other websites were "contact us for pricing" or some such malarkey (never used that term but trying to bring it back - LOL).

We did a 10 day Kenya & Tanzania LUXURY tent & lodge experience. The title says "11Day Best of Kenya and Tanzania Group Camping Safari" because I could no longer find this option. You may see it listed as "Great African Rift Valley Safari" on his FlashMcTours dot com web site. We chose the "Luxury Package" over the "Standard Package."

Anthony, our guide, smiles from ear to ear and with his eyes. He's 45 and has a wife and kids at home; it was nice to gain some insight into Nairobi living from him. He's genuinely happy and laid back enough to make sure this is all about you! You want to start at 6:30 am? No problem! You want to start at 9:30 am? Hakuna Matata! At breakfast, all the other private guides wanted to sit with happy Anthony! On safari, all the other private guides wanted to say hello to Anthony and share with him what they saw. He's like the MAYOR of the Maasai Mara! Oh, and he knows his stuff! He has eagle-eyes, his head is on a swivel but yet safety first!

When we got to the Kenya-Tanzania border at Isibania, Kenya, the crossing was pretty simple. They were already protecting against CoronaVirus (CoViD-19) even tho, at the time it was rampant in the rest of the world but for Africa! Each country protects its own tourism so there are arrangements for a hand-off to another outfit. Peter uses Emanuel at Tanzania Joy and his guide was PrayGod (not misspelled). PrayGod is 31 and has a wife and new (adorable) baby son at home in Moshi. PrayGod was a thinking-man's guide! You wanted superficial knowledge about an animal; he got that! You wanted to go deep about the eco-system? Just sit back and listen to the professor! He was college-educated in this area and it showed. He used his radio for information but also used his all his senses to search for evidence so instead of looking for the lion, he listened for the baboon in the tree. He once spotted a black rhino in Ngorongoro that must have been 5 km away. PrayGod was also flexible and patient!

What would I change? Well we saw 28 of the 30 animals that were on the check list (attached). 93% seems like you don't need to change anything but here's my take:

LODGING:
1) The hotel chain SAROVA is INCREDIBLE! They make you feel like family. Like genuine family you love and not faking it. We stayed in 2 locations and any chance I would to stay in more would be my choice. The Mara Sarova Game (LUXURY TENTED) Camp may have been one of our highlights!
2) The hotel chain Serena is very good. A blend of African welcoming hospitality and American service efficiency.
3) In Amboselli, we stayed at Oltukai Lodge though Peter's 1st choice was Amboseli Serena Safari Lodge; Oltukai was not bad and the scenery was magnificent as were the velvet monkeys but it seemed a bit 'rookie' compared to Sarova and Serena. In retrospect, we should have stayed in the Serena property.

ITINERARY:
1) Amboselli to Lake Nakuru National Park was a LONG day filled with a lot of peripheral Nairobi traffic so not so interesting. We saw much there including the White/Wide Rhino but not sure it was worth THIS drive.
2) Maasai Mara to Serengeti was also a LONG DAY. We had to drive hours North West to the crossing and then hours South West to the Serengeti and then much further to get to our lodging. We were warned that this was the longest day and to consider a flight from Maasai Mara airstrip to the Serengeti. Peter would have arranged it and maybe we should have considered it more closely. NO REGRETS tho!
3) Ngorongoro: We were there for one night - I would have made that 2! If we had to 'steal' from somewhere else, it would have been to ditch Lake Nakuru (1-day) or to poach (okay, bad word) one of the 3 days from Maasai Mara.

CAR/TRUCK:
Your cheapest option is a safari-modified mini-van. As soon as we heard that the Toyota Landcruiser had more comfortable seat/ride, we chose the up-charge. Here's a minor thing we did not know: There are 2 styles of Landcruiser - The standard 3-row & the extended cab 4-row. In Kenya we had the 4 row and in Tanzania we had the 3 (you can see one of the attached pictures side by side). Well we were 2 people so space was not an issue but I will just mention that the 4-row has windows that are larger and 'portrait-mode' vertical rectangles to better see out of whereas the 3-row windows are more square or 'landscape-mode' horizontal. In comparison to the mini-vans both our Landcruisers had much better visibility!

The book with the best stories should be your passport and FlashMc Peter delivered! Thank YOU Peter!

Anthony was the best!

Excellent 4-day trip to Lake Nakuru and Maasai Mara; quality jeep, good lodges, great food. Overall, well organised and our driver/guide Anthony was fun, patient and chatty. We had a great time and it was excellent value for money.

Top Marks for the Team

I arrived to Nairobi at 3am at a bus stop, I had been travelling for 2 days from Addis, Ethiopia. When I arrived Peter came to pick me up and sorted me a hotel for a few hours to freshen up. We later had breakfast on the go and he handed... 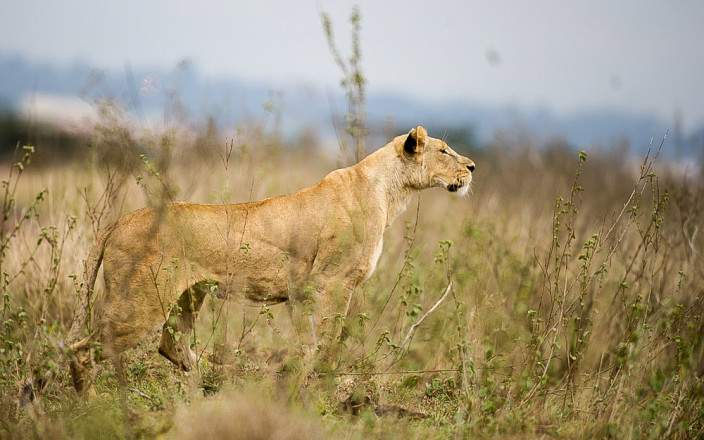