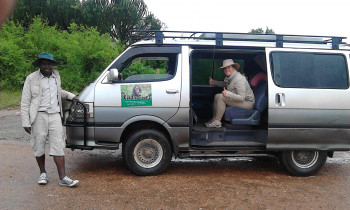 Kibale Tours is your ideal partner for your safari in Uganda, Kenya, Tanzania and Rwanda. We offer a wide range of trips, whether it be camping, accommodated or fly-in. You can join us on one of our many scheduled trips (camping or accommodated), or maybe you prefer to custom build a safari and drive this yourself or travel with your own personal guide. Just let us know and we will see what suits your needs best.

Peter and his team were great working with us well in advance of our arrival. We wanted to arrange Chimpanzee tracking permits as we heard they sell out in high season and we couldn't find a way to do it online. Kibale Tours was able to secure the permits on the day we wanted and even escorted us to the park to make sure everything was in order. We also booked our accomodation with them directly and couldn't have been happier.

Our five days Queen Elizabeth national Park and kibale forest national park safari was amazing. The driver-guide of kibale tours had an incredible knowledge of animals during morning and evening game drives and bird-life and are so interesting to talk to. Early afternoon , we had a boatcruise on kazinga channel crossing two lakes with a boat , amazing experience . The driving skills through lashing rain and massive puddles were admirable as we travelled to kibale forest for the next day's chimpanzee trekking. Arriving at Rweteera safari park , excellent welcome by the staff , good weather at the lake, sounds of birds from the forest , served with welcoming Juice. The cooks managed to produce varied and delicious/ yummy meals from the kitchen , we ate either at camp in the evenings, or roadside when we were travelling from one place to the other. At all times we felt safe and well-looked after. All in all, an incredible experience, due not only to the abundance of wildlife we were lucky enough to see, but also to the great efforts of kibale tours .
I highly recommend Travellers to plan with kibale tours for their uganda safari.


Even five stars too small

One star is too much

The three of us selected a ten day trip around Uganda. We paid two thirds of the total, told to cover the remaining third upon arrival. Once we arrived, we were taken to ATM's several times almost every morning, to take out the third half and pay in cash. We explained multiple times that we would not be able to take out that much and can wire money instead but our guide refused and kept asking us to take out cash, even asking us to overpay at a lodge so they could reimburse that amount back to the guide.

We told our guide several times we did not want a boat tour. It was not part of our itinerary. On the day we had scheduled game drives all day, they took us to lunch then told us to hurry through lunch to make the boat tour.

After we paid our initial deposit, our guide changed several lodging options. They explained 'it was the equivalent.' One lodge was $125USD a night but they changed it to a $16USD a night lodge. When we arrived at our $16USD night lodge, the guide told us to check in then LEFT. We couldn't check in because it was too early and our guide had left with our bags. They came back two hours later- no explanation or apologies.

Prior to arrival, we were told several times to bring items to donate to an orphanage. On the day we were set to meet the kids, our guide brought us back to our lodging then told us since it was a holiday, the kids had gone home to their families. ..but it's an orphanage? We were forced to give all our items ($300USD) to the lodging manager and are not entirely sure where the items went.

Over the entire trip, our guide was consistently late and left us alone in our vehicle in large cities (without telling us where they'd be). We brought this up but there was no change.
When we went for game drives, they would stop and take photos themselves, then continue on. They never checked in to see if we had a good view or got all our photos.
In addition, our guide made three stops during our drive to visit friends. They would stop the car, hop out and chat with the person for several minutes, then hop back in. No explanation or apologies for the delay in time. At one point, both guides asked us if we wanted to stop and shop. We said no, but they still left us in the car and went shopping themselves.

On the last day, our guide had initially promised a lunch before a ride to the airport however, the night before they decided they'd only take us to the airport.

Overall, we realized we overpaid for the trip we wanted and especially for the trip we got. We feel like we were fully taken advantage of and are unsure of the integrity/legitimacy of this company.

Very-very nice indeed. I had a good time with Peter and Pilot. I especially enjoyed the lovely staff of Rweteera Safari Park. Every day was a good day with Kibale Tours!

I had a blast the past couple of days! I certainly recommend booking a tour with Kibale Tours. The communication with Peter was excellent. Joseline was my guido through the 5 days experience Queen Elizabeth and Kibale forrest (Chhimp tracking). She was always there and showed me around the markets and fun places. I slept in decent and beautiful lodges. Chimp tracking and breakfast at the lake were the higlights of the trip.

Prev
1 2 3
Page 1 of 3
Page 2 Next
Next: Overview Next: Day by Day Next: Rates Next: Inclusions Next: Getting There Next: Offered By 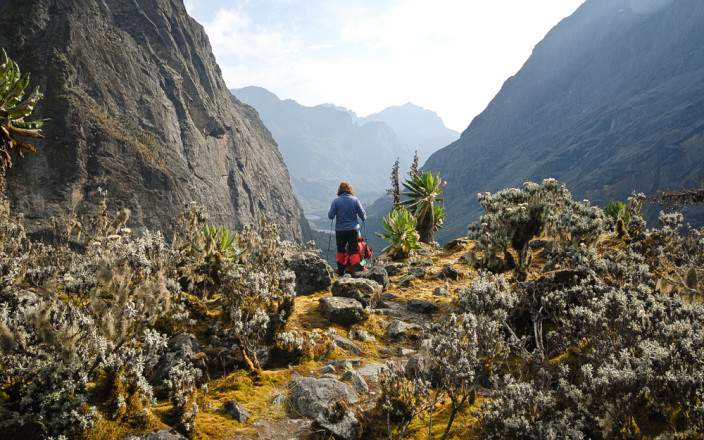 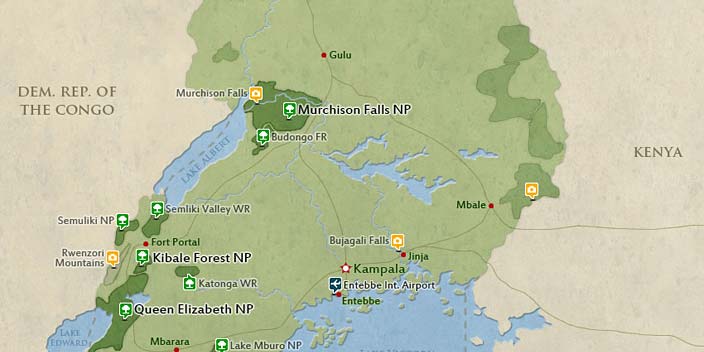