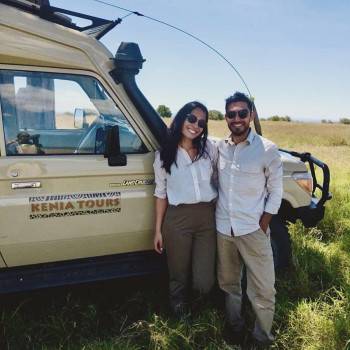 Experts in African Adventures since 1993

Experts in African Adventures since 1993

KENIA TOURS & SAFARIS LTD has been in this industry for over 20 years, specialising in camping and lodge safaris; the main focus being on the provision of the full range of tour options available in Kenya . Kenia Tours will take you through an unforgettable adventure to see the Elephant, the Lion, the Rhino, the Leopard, the Zebra and other plains game found in the Masai Mara, Amboseli, Samburu and Tsavo. Other fauna will include the PINK LAKES of Nakuru and Elementaita famous for the millions of Flamingoes, besides Baringo for boat rides. We will drive you through the Kikuyu farmlands to the snowcapped Mount Kenya on the Equator. A tour of Nairobi City will take you to the National Museum , Snake Park , Animal Orphanage, Ostrich Farm and Karen Blixen Museum (of the “Out of Africa” film fame). At the Kenyan coast, you will sunbathe on the white sandy beaches and enjoy ocean sports including deep sea fishing. Other tour packages available include Mountain Climbing, Golfing Safaris, Lodge Safaris, Camel Safaris, Beach Holidays and Tanzania Safaris. These adventures are an excellent value for your money. Most of the travelling is in luxurious safari minibuses or four-wheel drive vehicles where one is guaranteed a window seat. You will be guided through your safari(s) by our well-trained and friendly team of field guides thus making your holiday a most memorable one. Based in Kenya , we can assure you that we have good knowledge of the country’s tourism industry. Kenia Tours will give you tailor-made itineraries to suit your requirements, be they business, individual or group travels. Lodge safaris will be arranged for where accommodation will be in the best game lodges and hotels. A member of our staff will be at hand to receive you on your arrival to the country and give you a detailed briefing of your safari. This makes us your best choice, as we are committed to serving our client’s requirements, and are highly recommended in several well-known International Guide Books. Personalised service is a tradition at KENIA TOURS AND SAFARIS LTD.

I’ve used them twice. They are amazing

I’ve used this company twice. Once 15 years ago and once this year. Both trips were absolutely amazing. The owner is super responsive and professional, and the guides for both trips were spectacular. I think the guide we used in 2021 also had some sort of super vision. There was a minor vehicle repair we needed during our three week trip that they had repaired and back on the road within less than two hours of the issue being noticed, and it didn’t impact our itinerary in the slightest. (The vehicle was actually very well maintained). I should add we were their first clients in over a year and half since the pandemic started.

Their organization, covid testing and everything went without the slightest problem. (The covid tests were actually really quick and were done in a nice hospital in Nairobi). The lodges they selected were across the board great. They were also less expensive than any other outfit I received quotes from. If you read this review, and have any doubts about who to use, definitely use this firm. Hands down the best tour operator I’ve ever used in any country (and I’ve been to a *lot* of countries).

If you go to their Facebook page and look for the posts on June 22 and June 23 2021 we have a review. My wife also posted (public) a bunch of unedited compressed photos we took on our trip on Facebook. There wasn’t a single day we didn’t see something absolutely amazing.

5 out of 5 of the big five on our Kenia Experience excursion.

We did this four day three night excursion with “KE” in conjunction with our Nomad tour.

We were collected from our hotel in Nairobi ‪at 8am‬ for the ~280km, 7.5 hour drive (with a couple of stops) to the Maasai Mara. On arrival at the Olairragai Camp we were greeted by the onsite team and shown to our permanent tents, these were very impressive, large main room and double bed with attached bathroom which included a shower, toilet and hand basin. The camp had set up a wetback hot water system so having hot showers was a real bonus. That same afternoon we visited the neighbouring Maasai Village and learned how they live. Finally on day 1 we entered the Massai Mara National Reserve for the final couple of hours of daylight and within 30 min’s we had been rewarded with sightings of herds of Zebra, Wildebeest and Giraffes which were topped off by a group of Lioness’s feeding on a recent kill watched closely by many Vultures. The preferred Safari vehicles here are 4 Wheel Drive (6 seater) vans with pop up roofs for viewing and photo taking although not as ideal as the 4 wheel drives trucks in the Serengeti they proved adequate & Isaac our driver / guide spoke good English and shared lots of interesting information with us. The second day in the Massai Mara saw us game driving for ~ 11 hours and spotting plenty of game including several Lion and Leopard encounters. So after 2 days we have seen 4 out of 5 of the “Big Five” and on day 3 are leaving the park to visit Lake Nakuru another reasonable travel day traversing the highlands at 2,700 metres above sea level 310km and ~ 6 hours. The accommodation at the Kivu Resort was budget but fine and the resort had a good restaurant and bar and even a 25 metre swimming pool. After settling in we went for our final game drive in the Lake Nakuru National Park, this proved to be so different to the Serengeti and the Maasai Mara as in places the bush was think and close to the road making animal spotting tuff but in other areas it opened up and gave us Rhino (yah 5 out of 5 now) and Flamingo along with plenty of the game animals you would expect to see. The bonus here at the lake are the wonderful water views made available and the changing afternoon sunlight on the water and trees. Final day was the drive back to Nairobi.
Our group was 11 and for that number we had 2 guide / drivers, a cook, an assistant cook, and the crew at the permanent camp in the Maasai Mara.
The game drives in both the Maasai Mara and at Lake Nakuru were good and we saw everything we hoped for other than the Wildebeest migration.
It would be smart to consider how you can protect your camera from the large amount of dust it will endure.

Absolutely the best treatment. Even after 20+ years

We first went to Kenya over 20 years ago for our first safari with Ashwin Bhatt when I was a captain for Saudi Arabian airlines and have returned three times over the years with outstanding service and accommodations.
Ashwin is second to none in his communications and providing excellent accommodations and guides.

Trip of a lifetime

I had the most wonderful holiday with Duncan Muli, who has forgotten more than most know about the African bush. My accomodation was great, I saw so much and have now so0 many memories that will last a lifetime. The game trucks are basic, but that's nopt what you go for. My experie3nce was just so amazing, would recommend to anyone. And very reasonably priced for whjat I had.

Excellent well organized tour with a guide that was beyond expectations. Another tour we had arranged was canceled so Kenia tours arranged a wonderful four day tour in Kenya which included Masai villages and all the animals we wanted to see including rhinos which I had not seen previously. Our guide attended to our needs during the safari and was so patient during ou picture taking. Would highly recommend this company.

Other Safaris & Tours9  – Offered by Kenia Tours and Safaris

I’ve used them twice. They are amazing

I’ve used this company twice. Once 15 years ago and once this year. Both trips were absolutely amazing. The owner is super responsive and professional, and the guides for both trips were spectacular. I think the guide we used in 2021 also...