Go Touch Down Travel and Tours specialize in tours for people that don’t like going on tours. Our small escorted tours offer several excursions and features daily. We do not charge a single supplement. We cut out the middleman, price accordingly and retain complete control of the quality, safety, and outcome of your experience during your vacation in South Africa.


I’m sitting on the plane in Johannesburg about to take off for our return flight home. I have to take a moment to THANK GoTouchdown for a unforgettable and perfect vacation. Your staff is to be commended for an amazing job. Everyone was so friendly and accommodating. Your four properties that we stayed at were world class. From Seasons, to Dunkeld, to Humala Lodge and finally Shark Bay all were outstanding. We only wish we could have spent more time at each. You did this in the face of extreme challenges put forth by the Coronavirus. Incredible. A sincere and heartfelt thank you to you and everyone at GoTouchdown.

If you ever need someone for a personal reference for any of your future potential guests please feel free to have them contact me directly. I will be happy to sing your praises.

After a year delay due to the pandemic we finally made out trip to South Africa. I would first like to say that the Go Touch Down staff were friendly and accommodating. We started our tour at the Seasons Resort and Spa, we would not rate this as a five star resort there were many small maintenance issues that needed to be corrected, from loose door knob, no wash clothes for 4 days, towels not replaced, animal droppings on the miniature golf course playing area, bricks sticking up on with walking path. The restaurant on the property (only one) had a very limited menu offering and than a lot of the items were not available. The elephant sanctuary tour was fantastic, would highly recommend, also enjoyed the hot air balloon ride. The drive from Seasons to Dullstroom for the panoramic route was long however the sights were very beautiful. It started with a grab and go breakfast to enjoy while driving, ( a cheese sandwich, hard boiled egg and an apple) , not a usual American type of breakfast. Made three stops along the way. The Dunkeld Lodge was very nice, we had a late lunch in the 1883 dinning room, in the evening we had an outdoor fire with a dance performance and retreated into the bar area to enjoy the bbq that was prepared. Was a cool temperature for the time of the year but the fireplace in the room kept it warm and cozy. Next morning we left for Humala River Lodge, stopped in Dullstroom, would have enjoyed a longer stop in town, only had 30 minutes to walk around. than a long drive. Once we got to Humala we had to transfer from the van to the game jeep for a 45 minute ride from the entrance out to the lodge. The lodge was everything we expected it to be, little cold as it got down to 39 degrees one night, the game drives we great. The only negative might have been at there is no menu , you get what the cook prepares. For us luckily it was all good and we enjoyed everything but for some people it could be a problem .
Humala was what you expect Africa to be. We again had an outdoor bonfire and Swaziland dancers did a show. Since this is a game reserve the amount and type of animals are limited. Than a long drive back to Seasons Resort. with a stop at Lion and Safari Park. The animals here are in large fenced in areas that you are driven through, have a good variety of animals but it is a captive situation. Next day it was drive to Pilamesberg National Park. again we had grab and go breakfast to eat in the car (tuna sandwich which no one ate) at the park we choose the open jeep and had a very good guide. Highlight here was watching the parade of 17 elephants going to the water hole, the restaurant at the park was closed so we ended up at Blimpies a fast food hamburger restaurant. Next day it was off for the hot air balloon ride which had been delayed from day to until the next to last day. We originally received a very detailed itinerary for the trip, it was however in constant state of flux as tours changed, and due to the pandemic some tours were cancelled or only parts of them were available.
Overall for the cost you get a lot with the tour, meals, transportation in country, some tour guide local tours it is not a high end tour but it is a good tour, more detail to the property maintenance at Seasons and what US visitors are expecting could be improved. Expect to spend a lot of time driving 6 people plus the tour guide in a 2 row van.

I have found my travel agency for all my trips

They are a very polite team. They have fast and impeccable service. Immediate information for each step. And of course they are interested in the good of their client.
As I have said to my title I have found my travel agency for all the trips I will do from now on.
Guys are the best

A safari was always on our bucket list. Despite our many travels around the globe, this safari was an incredible experience and a fun adventure. The Go Touch Down staff took good care of us and were responsive to our every need. The accommodations, meals, entertainment, transportation, and knowledgeable guides were all outstanding, and South Africa is beautiful. The trip included a variety of stops that showcased waterfalls and mountains and other wonders of the country, and while on safari we managed to see a wide range of animals in their natural habitat -- giraffes, zebras, elephants, hippos, rhinos, wildebeests, antelopes, and kudus, to name a few.

As part of the safari trip organized by Go Touch Down, we also visited Pilanesberg, a lion sanctuary, and an elephant sanctuary, which gave us a much closer look at the animals and the efforts to protect them. Those side trips offered additional photo opportunities.

Although my husband and I were traveling together, our small safari group included some singles, work friends, and a few other couples. Everyone seemed to have a great time and we made friends with each other, remaining in contact after returning to our home countries.

Journey of a Lifetime in Africa

Our trip to Africa with Go Touch Down Travel & Tours was everything we hoped for. Our group of 11 found the guides, accommodations, meals and excursions to all be first class and well organized. The level of customer service both before the trip and during our travels was exceptional and we felt very well taken care of. In Capetown and the surrounding area, we experienced so many wonderful things including whale watching, penguins, seals, a diamond / tanzanite factory, Robbens Island, and a tour of Langa Township. Once on safari, we were treated to many animal sightings including giraffes, zebra, ostrich, elephants, rhinos, wildebeests, lions, baboons, and hippos, just to name a few...:) We were most impressed with the extremely comfortable accommodations everywhere we stayed and the meals were always first class and plentiful. In addition, our guides both in Capetown and on Safari were knowledgeable, flexible, and a lot of fun! As a bonus, we extended our trip to spend 2 days near Victoria Falls in Zambia which was equally spectacular and well worth the additional time. Overall, we agreed that it was, indeed, a "Journey of a Lifetime" and we have hundreds of photos and wonderful memories to show for it.

Other Safaris & Tours5  – Offered by Go Touch Down Travel & Tours

A safari was always on our bucket list. Despite our many travels around the globe, this safari was an incredible experience and a fun adventure. The Go Touch Down staff took good care of us and were responsive to our every need. The... 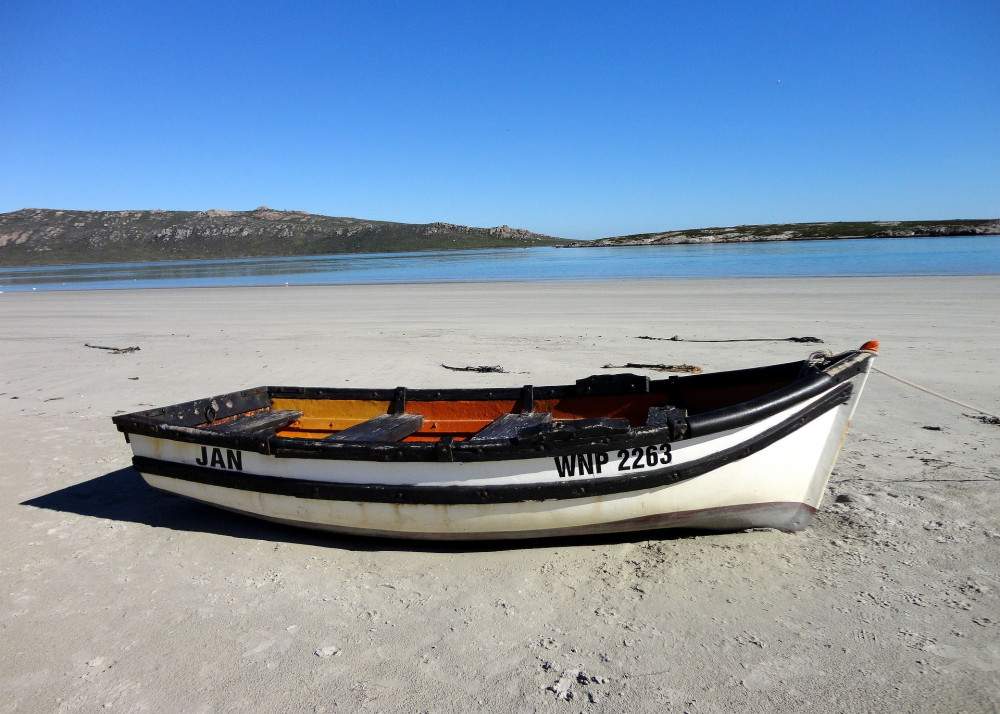