KAMar Safaris- the joint european -tanzanian project, created and operated by an international team of entusiasts; we share a common passion to explore the beauty of world surrounding us. We want to know every smallest place, which is worth knowing….Whether you want inspiration or information, you will find plenty of it right here.And you can count on the most up-to-date news and insights because we don’t just love Tanzania, we live here...

The best safari we have ever had was with Hello Tanzania. Tarangire and Ngorongoro safaris are very professionally organized. We would like to thank Sylwia and her team for great experiences and their work. We highly recommend their services. Thank you very much

All was perfectly organized, from pick-up to return to hotel. We have discovered many wild animals with a professional "Hello Tanzania" team. many thanks Sylwia.

We booked last minute "1-Day From Zanzibar to Selous". We had a perfect contact with Mrs. Sylwia. The trip was well organized. We can highly recommend Hello Tanzania!

We did the 5 day safari with Hello Tanzania - 2 nights next to Nyerere and 2 nights at the beach. We booked last minute so we were expecting to have a bumpy trip but it was actually the best thing we did in Tanzania. Sylvia is an incredible professional. She organized everything in less than a day with great communication, and even managed to arrange some extra asks from our side. The guide - Iddi - was extremely nice and professional as well. All the places where we stayed and the activities planned were great. We’ve never felt more safe and well looked after that when we were on this trip. Strongly recommend.

We regret booking with this safari company

We are two backpackers who allways trying to see good things on our trips. We ordered safari trip (Tarangire, Ngorongoro) which included a flight from Znz to Arusha.
The only bright spot was unforgetable experience seeing those beautiful animals at the parks and our safari guide Molel because of his knowledge about wildlife.
The rest of the organization was a disaster. We were directed to the wrong flight at Znz airport. If we wouldn't figure it out last minutes before departure, the plane would leave without us. The guy working for company didn't even look at our tickets, he just send us to the wrong group. When we came to Arusha, nobody was there to pick us up. We spend 1 hour browsing on the web for their contacts with the local people. The whole thing looked like their company didn't even exist. That morning was extremely stressful for us. Thanks for the kind-hearted locals who helped us find a guide who was 1 hour late and airport employee who stopped the flight for us.
When we came to the safari we said: "Okay, let's forget about this, we solved this out." But at the end of the trip again there were problems with transportation back to Znz. Also the things that were written in the plan about the trip weren't real (both days the park ride was shorter than it was written, they wanted the money from us for the dinner which was included in the plan.)
We had a deal that we will fly back to Znz in the morning. We didn't recieved info about the flight till late evening and we were asking them for informations all the time. We got the flight tickets at the airport.
They were telling us there were so many mistakes because we ordered this trip "last minute" (3 days before). We did get an apollogy from a driver.
We could write more, but we believe you allready got an impression why we don't recommend this company.

Super safari. Each trip was different. Ngorongoro the best for the eyes, all kinds of animals, you could feel like in the tropils and in the savannah. Lunch in beautiful places, I cannot describe all the things we have seen, let everyone... 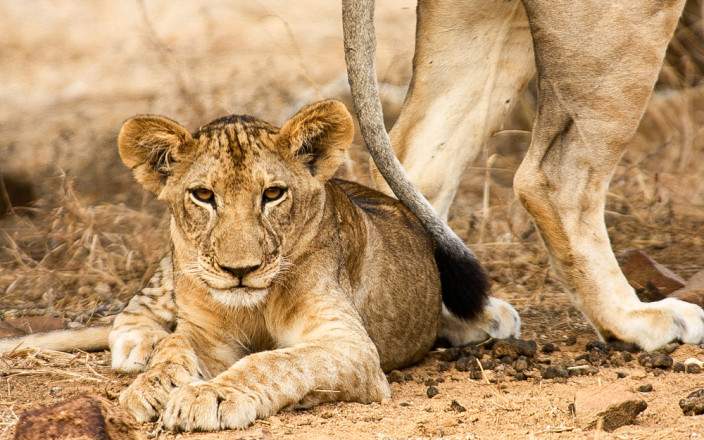