This Tour Is Offered by Safari Trackers Adventure

We've spent 3 great days on Safari in Serenegeti and Ngoro-ngoro!
Saw all the animals from Big five (elephant, rhinos, leopards, lions, buffaloes) and a lot of others: giraffes, zebras, monkeys, hippopotamus, wildebeests, heartbeats, etc...
It was days full of imprecations!

Also want to recommend our driver Josh, as the best one! He know everything about all the animals, and there was no question, which he couldn't answer))

Organization is good! Really! We were late to our flight to Kilimanjaro and so miss start of Safari, but everything was solved by our great organizator))

Our final resume - if you want to have great experience- go with Trackers Adventures!

3-days tour to Ngorongoro and Serengeti

We organized a 3 days tour with Swahili Paradise tours & Safaris but at the end had a tour guide (driver) and cook from Safari Trackers adventure. It will not be reflected on the quality of the tour, because the tour operators have an agreement to provide the same service. At the moment the business is tough and safari operators organize alliances or group together, otherwise it is difficult to stay profitable. We booked a tour to Ngorongoro crater and Serengeti national parks. According to our schedule we should have gone to Serengeti first and then to Ngorongoro. Instead we joined a group that started a tour earlier at Lake Manyara, had a breakfast and proceeded to Ngorongoro crater. It was a good decision of our driver Charles to visit Ngorongoro first and then Serengeti! The road between Serengeti and Ngorongoro is very bad, so if you start your trip in Serengeti, be prepared for 3 hours of dust! Thus, trust your guide if he offers to start in Ngorongoro.
In 2 days we managed to see almost all animals presented in those national parks: elephant, buffalo, wildebeest, zebra, giraffe, crocodile, olive baboon, leopard, hippo, cheetah, lion, hyena, hyrax, golden jackal, impala, Thomson's gazelle, reedbuck, topi, warthog, Grant's gazelle, hartebeest, dik-dik, Grey crowned crane, Kori bustard, Egyptian goose, vulture, mongoose, agama lizard, Guinea fowl, secretary bird, ostrich, egrets, superb starling and many other small birds. It does not necessary mean that you will see all those animals, if you go another time of the year or even another day, because the animals do not stay at one place and always move, so the drivers will do everything what depends on them but you should be also a bit lucky.
Safari is always a roulette - sometimes you are lucky and see a lot of animals but sometimes you are not and see much less than expected. We could not find a rhino but there are only 50 species left and you can imagine that the probability to spot even one on the territory of 80.000 square kilometers in 5-6 hours is pretty low. However, we have seen how cheetah and pride of lions hunt, we saw a leopard sleeping on a tree, we saw an antelope hidden by a leopard on a tree, elephant family taking a bath, vultures eating zebra and it was more than enough in 3 days!
We stayed in basic tent camps in the tents. Our first night was in Lerai special campsite and the second night in Nyani public campsite. Both campsites were pretty good but the water in the shower is naturally warmed by the sun, so be prepared to take barely warm shower. Sometimes in the night you hear wild animals making different sounds close to the camp but it is very safe. However, you may want to have a light, because it is pretty dark in the night far away from civilization :)
Our chef Apollo is the best! If you have a chance, go with Charles and Apollo! Everyday food was different and very tasty! Apollo was studying cooking in a college for one year. For lunch you get a box with fried chicken, sandwich, 2 fruits, biscuits, juice, chocolate or waffle bar. For dinner we have got one time ginger pumpkin soup (super tasty); rice with carrot and green bean sauce and steamed beef, on the second day it was also a soup and cheese pasta with minced meat gravy. Apollo even made banana fried pasty for dessert. The guys from the group, who started the tour one day earlier in Tarangiri said that they had fish for the first dinner, so the food is very diverse. If you are a vegetarian, I am sure, Apollo can make delicious veggie dishes as well, since he had worked in a hotel earlier. Breakfast was also freshly made every morning: omelette with sausages, pancakes with Nutella or peanut butter, toasts, coffee, tea, cocoa, etc.
The last day we have seen a beautiful sunrise in Serengeti. Milky way in Africa is amazing!

We have recently returned from a 2 day 1 night safari (Ngorongoro and Tarangire) with Safari Trekkers – one day with Hans as the guide and one day with Charles (the owner) as guide.

Safari Trekkers is locally owned and run, and - while many Tanzanian companies do not enjoy the best of reputations – we found Safari Trekkers extremely professional and had a wholly positive experience with them (bar getting stuck in the mud slightly for a time!).

Charles and Hans were unfailingly punctual and communicative in terms of planning (mainly via Whatsapp, which worked for us), and had everything in hand (lunches, itineraries, entrance fees, overnight stays etc.) for the whole trip. Both Hans and Charles were very knowledgeable about the animals, but also we had some very interesting conversations about local culture, politics, way of life, etc. over the course of our drives.

The cost was also very competitive compared to other providers.

We would not hesitate to use Safari Trekkers again and to recommend them to any other safari seekers in future.

We booked a 4-day safari with Safari Trackers in January (included Tarangire, Ngorongoro and Serengeti) for March 2018. Charles communication and orientation during the time of planning was perfect, clear and very fluent (used Whatsapp), and once there, everything happened as planned.

We had all transfers, food, accommodations, tickets for the parks, etc. booked and ready to go. He was punctual and ready at all times. He knew all places amazingly well (over 13 years leading these safaris) which made our stay and visit just perfect. We saw all sites and animals (super close!) without having to worry about anything. He shared so much history about the places we visit, the country and the animals! (stories we'll never forget). His driving was also very good (no incidents whatsoever). All accommodations chosen were good (we had a tight budget, but he can help choose what works best for you).

In sum, we could not have chosen a better company to do this. All worked perfectly well, and I'd undoubtedly recommend anyone that they book this with them. Thank you, Safari Trackers, for such an amazing experience!

After obtaining various itineraries from different companies, Safari Trackers had proposed one of the more appealing ones. I was a bit hesitating due to the few reviews and the one bad review, but after having talked to Charles over the phone and hear his side of the story, I decided to go with Safari Trackers.
At the beginning of the safari it became clear that some miscommunication had occurred, but Charles immediately came with a good solution for it. Next we went to Manyara, Serengeti and Ngorongoro for 5 days and saw so many animals, including massive elephants, lions, lionesses and their cubs, cheetahs and cubs, leopards and many more (unfortunately no rhino). Our guide Elli spotted so many animals from far away, had a lot of knowledge about the animals' behaviour and was very sociable and funny. The cook Amidi prepared us some great meals and I especially liked our breakfasts. A few items of the lunchboxes were a bit less tasty in my opinion. But it included 7 or 8 items each time, so enough to choose from. And there was so much food each time, so you'll definitely not be hungry during the safari.
Overall I thought the safari was good, mainly do to the amount of wildlife we saw, our guide Elli and the great food served by Amidi. I would also recommend to spend enough time on the Serengeti, as the area is massive and it is a 4 to 5 hours drive to the park and back. We drove up there in the morning, did a afternoon game, next a full day game and a morning game, before heading to Ngorongoro in the afternoon. I think you'll need this time to also see the uncommon animals, like the cheetahs, the leopards and the cubs. 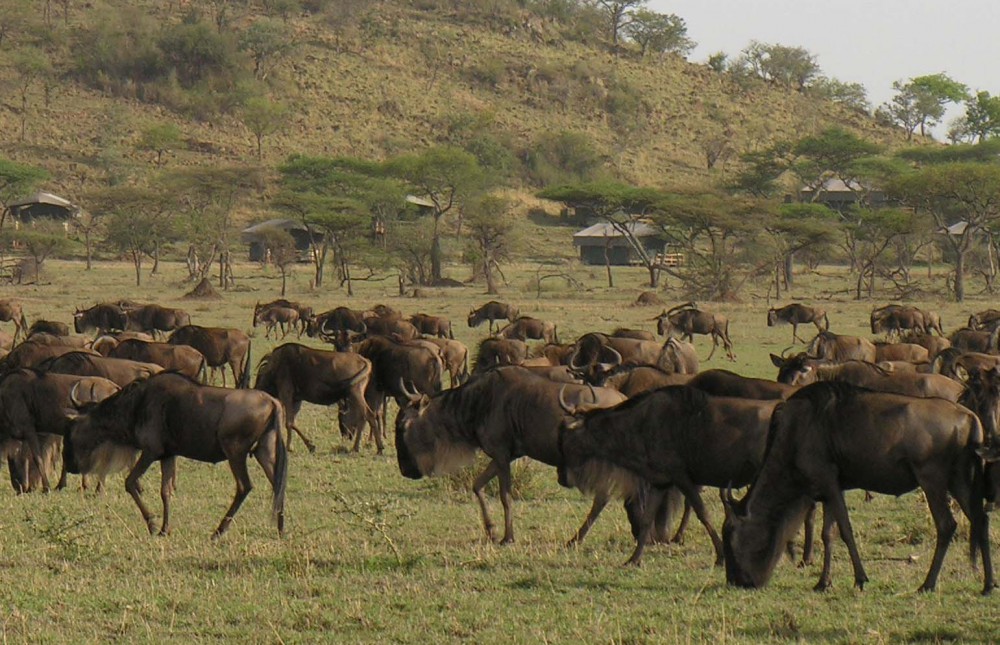