Amber Mountain National Park (Parc National Montagne d’Ambre) has its own tropical micro-climate. Temperatures are quite uniform throughout the year, but there is a well-defined Wet and Dry season. November to April are the wet summer months. At this time the average daytime temperature is around 29°C/84°F. May to October are the dry winter months and temperatures are a little bit lower at this time.

Dry season –May to October –Winter

The Dry season months see little rain and temperatures are quite uniform throughout. The average daytime temperature is 27°C/81°F, which drops to around 17°C/63°F at night.

The Wet season months are humid and hot. It rains a lot and waterproof clothing is essential. Daytime temperatures average at 29°C/84°F. 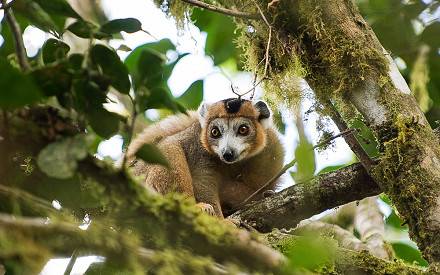