Andasibe-Mantadia is located in the highlands of Madagascar and has a cool, wet climate. The wet summer months, from November to April, see daytime temperatures of around 27°C/81°F and very high humidity. There is less rain in the drier winter months from May to October. Nighttime temperatures at this time average 11°C/52°F. Warm waterproof clothing is essential throughout the year.

Dry season –May to October –Winter

It is cool and less humid than in the Wet season. It can still rain anytime but downpours are less frequent. It gets quite cold at night with an average temperature of 11°C/52°F.

The Wet season months are warm and humid. Because of the high altitude, it never gets really hot. It rains a lot and waterproof clothing is essential. Daytime temperatures average at 27°C/81°F. 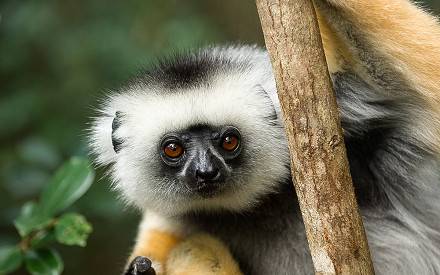