The climate in Bwabwata is quite hot. Rain comes by way of intense thunderstorms. Summer (November to April) is the Wet season, while the Dry season (May to October) is characterized by no precipitation at all.

This time is characterized by an absence of rain and cold temperatures. Drought increases with the progression of winter.

With the heat of summer comes the Wet season, which actually doesn’t produce much rain. Afternoon thunderstorms occur sporadically and it is primarily sunny and hot. Early mornings are characterized by warmer temperatures, averaging about 18°C/64°F. 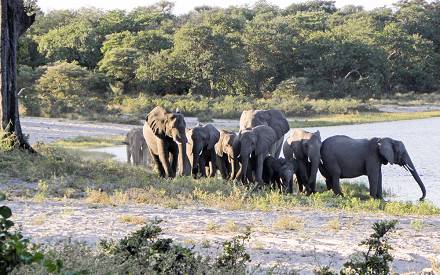