Damaraland has a harsh, semi-desert climate. Daytime temperatures can spike to well above 38°C/100°F during summer (November to April), with winter nights falling below freezing (October to April).

The Wet season occurs during summer and sees sporadic rainfall, unlikely to disturb your trip. In winter, conditions are extremely dry.

Dry season –May to October - Winter

As the winter months wear on, conditions become drier and drier. These are the coolest months of the year.

Calling this the Wet season is slightly misleading, as there is still only a scant amount of rain. Yet, afternoon showers do occur, just not on a daily basis. The climate remains sunny and hot. Warmer mornings are typical, with averages of around 16°C/61°F. 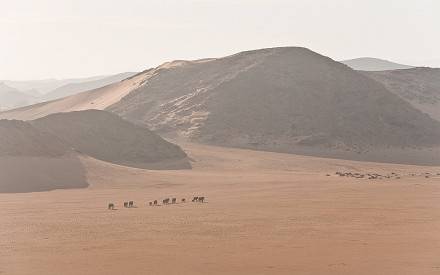