Philip has travelled through Zambia several times and is the author of more than 20 guidebooks to various African destinations.

Philip is the Zambia expert for SafariBookings and author of more than 20 guidebooks to Africa.

Philip is our Zambia expert and author of more than 20 guidebooks to Africa.

Kafue National Park has a hot climate, with a Wet season and Dry season. The average temperature is quite uniform throughout the year, as the park is in the tropics. However, there is an increase in temperature in October, before the rains begin. The nights tend to be cooler in the Dry season, from May to October.

There is very little rain in the Dry season. It is warm during the day, but cold at night and in the early morning. Warm clothing is essential for early morning game drives.

During the warm, Wet season, roads deteriorate, and many camps are closed, especially on the Busanga Plains – this area is off-limits during these months. Afternoon showers are a regular event. The bush is green and lush. 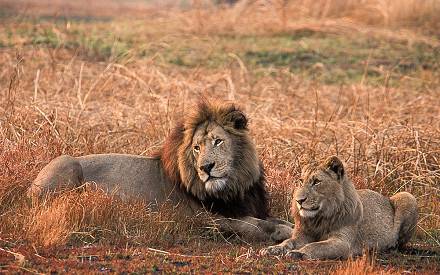