A hot, desert climate awaits visitors to Khutse, which is also subject to a distinct Dry and Wet season. April and May are the beginning of the Dry season, and the rains that kick off the Wet season usually begin in October or November.

The park begins to really dry out from May onward, as the season progresses. The coolest months are June and July, but temperatures begin climbing in August and peak from October to January.

The first rains bring relief from the relentless heat. Afternoon thunderstorms and short showers are a daily pattern, although it rarely rains all day. Afternoon temperatures are typically about 31°C/88°F all season. Mornings are pleasant. 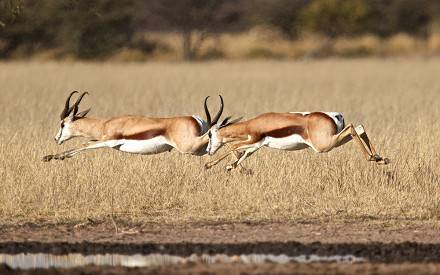