Mashatu’s climate is semi-arid with an annual rainfall ranging from 300-350mm/11.8-13.8in. Rain is highly variable, but occurs almost entirely during the summer months, from October to April. Summers are hot, and winters are mild. Warm clothing for early morning game drives is recommended.

Winter is dry, and temperatures are mild. It is, however, chilly in the morning and it is recommended to bring warm clothing for early morning game drives.

Summers are very hot. The humidity is relatively low, which makes the heat a bit more bearable. It doesn’t often rain all day, but afternoon showers are normal. Temperatures always peak before the rain breaks, which in turn cools everything down. 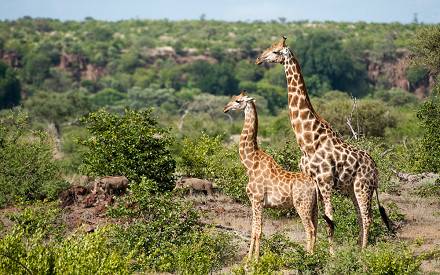