Philip has travelled through Zambia several times and is the author of more than 20 guidebooks to various African destinations.

Philip is the Zambia expert for SafariBookings and author of more than 20 guidebooks to Africa.

Philip is our Zambia expert and author of more than 20 guidebooks to Africa.

The climate in Mosi-oa-Tunya is hot, and the park experiences a Wet and Dry season. Being in the tropical zone, average temperatures tend to be rather uniform throughout the year. There is, however, an increase in the temperature during October, before the rains begin. In the Dry season, from May to August, it can get cold at night.

There is very little rain in the Dry season. The bush gets drier as the season advances. It is hot in the daytime, but cool at night.

This season maintains the heat and brings the rains. Afternoon showers are common, and so are impressive thunderstorms. Skies are clear, and the landscape is many shades of green. 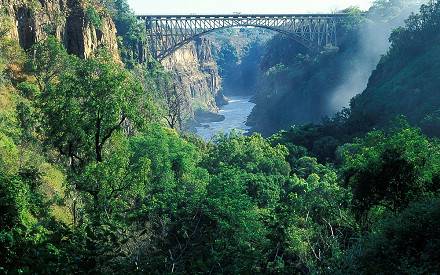