Nxai Pan National Park has well-defined Dry (April to October) and Wet (November to March) seasons, as well as a hot, desert climate. As the Dry season progresses, the park becomes more and more parched, with the heat reaching its peak in October. When the rains break, signaling the beginning of the Wet season, it cools down immediately.

April sees the tail-end of the Wet season, with the last of the rains. June and July are the coolest months; however, the temperature will begin to climb in August, with a peak in October and November.

It doesn’t usually rain all day, although afternoon thunderstorms and short showers become a consistent pattern. The season stays hot throughout, with afternoon temperatures of about 31°C/88°F. Mornings are cooler. 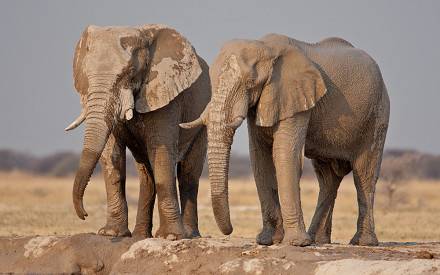