This Tour Is Offered by Xaa Safaris 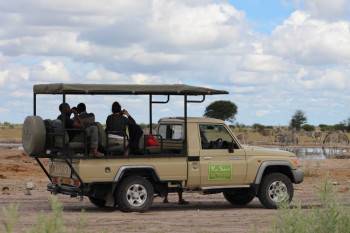 Xaa Safaris offers fully serviced mobile safari tours with custom-made packages to and around major tourist attractions such as Okavango Delta, Moremi, Chobe, Savute, Nxai, Makgadikgadi Pans, and the Central Kalahari Game Reserves. Join us for a memorable safari experience with our highly experienced team of Guides. Select from one of our standard packages or consult us to put together a custom made package just for you and your loved ones.

We booked with the Xaa Safari team we had an excellent service right from the management to the whole team, the chefs, the accommodation was superb and the guides knowledgeable as well.We enjoyed the wetlands and the mokoro trail. We recommend anyone to use their services without hesitation.

Fabulous Fun, our Guide was extraordinary and knowledgeable... Don’t hestitate, worth every penny!!!

Everything was better than expected... hugely better! We loved the day, roaring around the bushland chasing each photograph! We will be back.... really great fun... thank you!!!

Perfect service and management on the steps of booking; nothing to see and to do on place.

I booked 3-day-2-night mokoro trip, and it was the most expensive and the most disappointing part of my 16-day-travel. To start from good, the manager, Nobantu, was nice and helpful, she replied to my emails fast and for details. Also, the camp was designed in a wise and nice manner: every tent is spacious and equipped with en-suite portable shower, bio-lavatory, bed, and blanket. The food was good, and the cook did his best to please us. But this is where good points end.

On the first day, we were sailing on a motorboat for about one hour and then on a mokoro, the little canoes, for about three hours. Under the baking sun. But all of that would be fine enough if we could see at least something except a couple of birds...

Then we came to the camp and spent the afternoon doing nothing. After we had a 'Nature walk' seeing a lot of excrements of different animals and some insects. The local guides could tell 3-4 sentences as maximum about each species, and we were lucky to have a professor of zoology in our group. From him, we received 90% of information about the Delta and its wildlife.

During the night, in the camp (or village, I don't know) that was not far from us they had a kind of party till 3-4 AM and they make such a bad noise, that if I would have been an animal I would run away as far as I could.

Next day we had a 'safari walk' on another island, where we saw a herd of zebras and a heard of antelopes. It was early in the morning and from 10 AM to 4 PM we were just sitting in the camp. We were not allowed to walk around because of the 'dangerous wildlife'. I walked a bit at my own risk and saw heaps of rubbish and plastic. Probably that was why it is not allowed to walk around because there is simply NO wildlife in this area, I didn't see there even one simple impala. And I don't think that any wildlife will come there if they won't stop night orgies and pollution.

Coming back I found that my bio-toilet is not working. I asked the staff to do something.

In the evening, we had a mokoro cruise to the lake with the hippos. They were far away to make good photos, but at least we've seen something - I thought. But at that moment people from this camp/village came on their mokoros shouting so loudly that my group mates started to worry about our lives since hippos are not so tolerated to that crazy sounds as people are.

When I came back to my tent I found my toilet clean, but it was still not working.

Next day after the breakfast we just went back to Maun, without any morning activity.

Honestly, I was expected from Okavango Delta much more. Before that safari, I went to Chobe National Park, for the 3-days-2-nights tour, too. But there we had two safaris every day and just a couple of hours to rest, the staff was experienced and did their best to make us see as much as possible, and we've seen a great number of different animals. In comparison with that, this trip was just for wasting time and money. For this amount, I'd better book a flight and I'm sure I would be impressed much more.

I took 3 day tours which was the best way to see so much in such limited time, bothe the okavango delta and Mokoro safaries were brilliant, however the early morning drive to morembi NP was not anything I would want or advise anyone else to endure, winter time on the back of an open truck was so cold it caused painful

That apart Xaa safaris were excellent friendly and hekpfull in booking and its guides were both knowledgeable , friendly and made the trips a wonderful experience
tony

This was a really easy trip to set up, all of my emails were answered right away. They were flexible and worked around my flight times. The guides were all amazing and very informative. There was a nice mixture of long walks, rides on the... 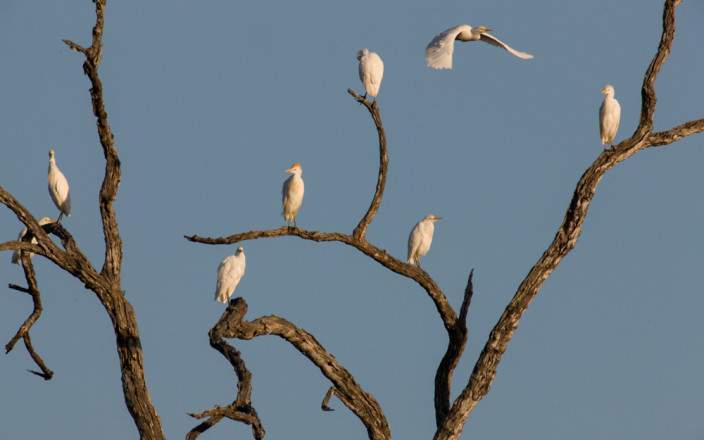