Whether you are looking for a Five-Star luxury holiday, an amazing adventure safari or an African beach getaway, Explorers Wild Adventures is here to get you some excellent destinations in Kenya and East Africa. We assure that you’ll have the most memorable experience from the start of your tour till the end. All of our safari packages are meticulously tailor-made to suit our travelers needs and assuring that none of our safaris will ever be the same regardless how many holidays we will organise

Would have love to give 5 stars …

There was a confusion about the pick up time but we made everything to be ready at the given time even if it wasn’t what was requested , but we ended waiting a little bit more than an hour to be picked up
From there everything was very nice , the safari was amazing , we’ve been lucky enough to see many animals and magical scenery on the first and second day !
The camp was okay , and was exactly as described . The food was nice also !
The masaai made a fire camp for us during the last night , we stayed around and enjoyed this time !
But the third day was a bit deceiving , we were brought to the masaai village at an extra cost , and to be honest it looked staged , and everything was made to make us give more and more money ! And the prices were excessfull !! People over there were kind of putting pressure on us to make us buy something or give money .
It’s a bit sad cause it was nice to discover the traditions at the beginning .
The we were brought to the community school and were again ask for “donations”.
After all that we were all a bit disturbed about this experience , and it was time to hit the road back to Nairobi .
On the road we asked our driver if it was possible to be dropped at Nairobi Terminus to catch our train , he told us that it was okay for him but he ended up dropping us in central Nairobi , with some guys who offered us to keep our luggage during the afternoon for free and then drop us at the train station for free in the evening ! But after, when we got in the office to leave our stuff , they started telling us that the ride to the train station will be at an extra cost !!! So I refused !! It wasn’t supposed to be like that !
All the other person in the group were dropped off were they asked !!
So we left and ended up paying a Bolt to get to the train station , which I find non professional at all since the tour guide was supposed to drop us there !!

We had a very awesome and caring driver all along.He ensured we were comfortable,enjoying meals and very safe.We really had a great adventure touring the masaai mara and i would recommend anyone who wants to have a lifetime experience to book with this one.We will still book with you guys for our next adventure!

A couple of hours after I sent my last review the company got in touch with us and apologized for the slow response. I would like to change my review to this “We had an amazing experience traveling with this company to Amboseli and Tsavo East National Parks. Overall we really recommend this experience, our driver Joseph was particularly amazing."

Excellent tour, the guide was very knowledgeable, really knew the area well, and all of the best places to show us something truly magical. Everyone I spoke to with the company was very friendly, it was appropriately priced and never felt pressured for more money or that you were being squeezed of every penny they could like too many tour operators do all over the world. A lovely experience and would definitely recommend.

I contacted explorers wild adventure for our Safari in Masai Mara and they were really helpful with all the things we needed to make this trip successful.
They even help us to organise some excursion in Nairobi which were really nice and well planned.
Attention through WhatsApp was excellent and I truely recommend them for the next trip you are planing in Kenya and Tanzania
We were six people travelling from Mexico 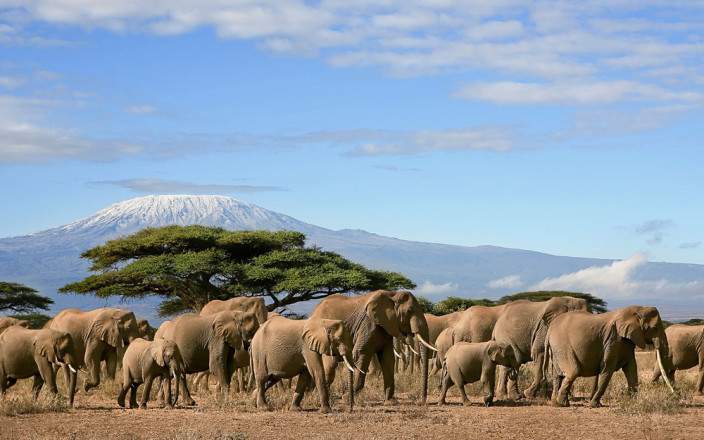