The Zambezi Region (formerly Caprivi Strip) has a hot climate. Rain usually falls in the form of heavy thunderstorms. There is a Wet season, which coincides with the summer months of November to April. During the dry winter months, from May to October, there is virtually no rain at all and it gets very cold in the morning.

These are the coolest months and there is almost no rain at all. It gets drier as the winter progresses.

The Wet season falls in the hot summer months but rainfall isn’t very high. Afternoon thunderstorms can be expected on some days. It is mostly sunny and hot. Early mornings are mild. 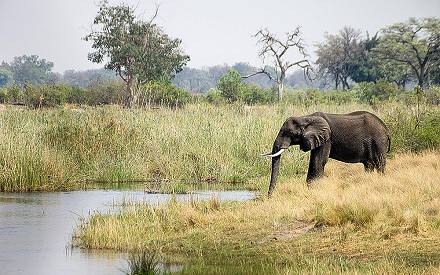