Ankarafantsika NP has a hot, tropical climate. The Dry season months are April to October, while November to March mark the Wet season. It is hot throughout the year, but the temperatures are a few degrees lower in the Dry season months. The slightly cooler days and lower humidity make these months more comfortable.

The Dry season months see little rain and humidity is low. The average daytime temperature is 32°C/90°F, which drops to around 18°C/64°F at night.

The Wet season months are humid and hot. Daytime temperatures average at 34°C/93°F, but they can peak much higher. 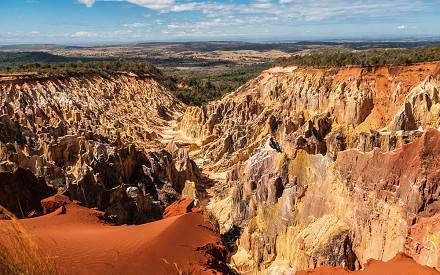