Johannesburg, or Joburg as the locals call it, is South Africa’s largest city. And while it doesn’t rank high as a tourist destination in its own right, many visitors to the country find themselves with a day to kill here. Luckily, there are lots of things to do in and around the city. Here are some of our favorite day trips from Johannesburg.

Explore Human Evolution in the Cradle of Humankind 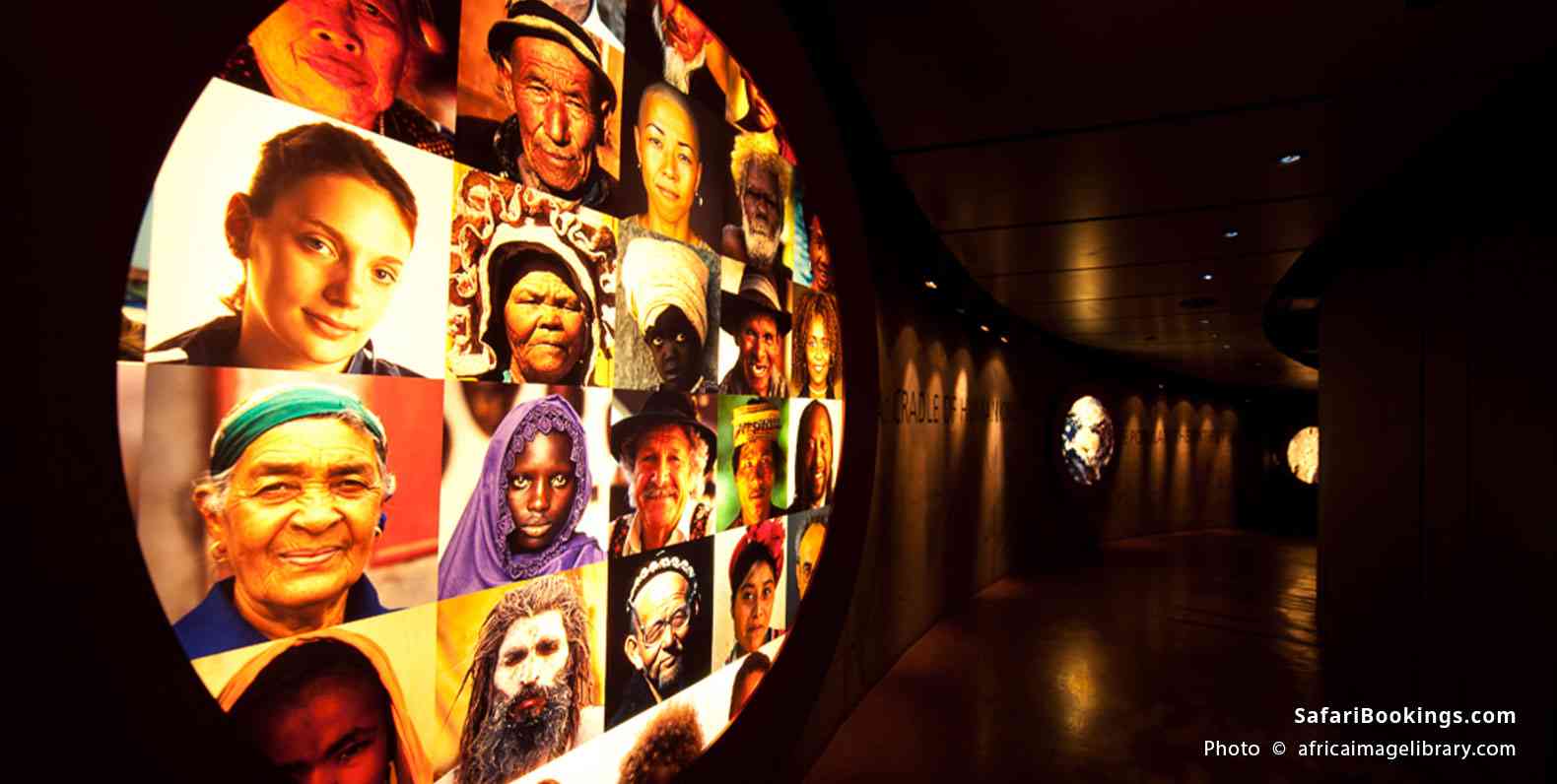 Maropeng Visitor Centre at the Cradle of Humankind

As the name suggests, the Cradle of Humankind is an important paleontological site which has yielded an incredible amount of early hominid fossils. The focal point is the Maropeng Visitor Centre, where you can take a subterranean boat ride on a journey through time and the natural processes that have shaped the world as we know it today. Finish with a guided tour of the nearby Sterkfontein Caves, where the 1936 discovery of a 2.5-million-year-old Australopithecus africanus skull, known as Mrs Ples, provided the first confirmation that humans evolved in Africa.

Unravel the Struggle Against Apartheid on a Soweto Tour 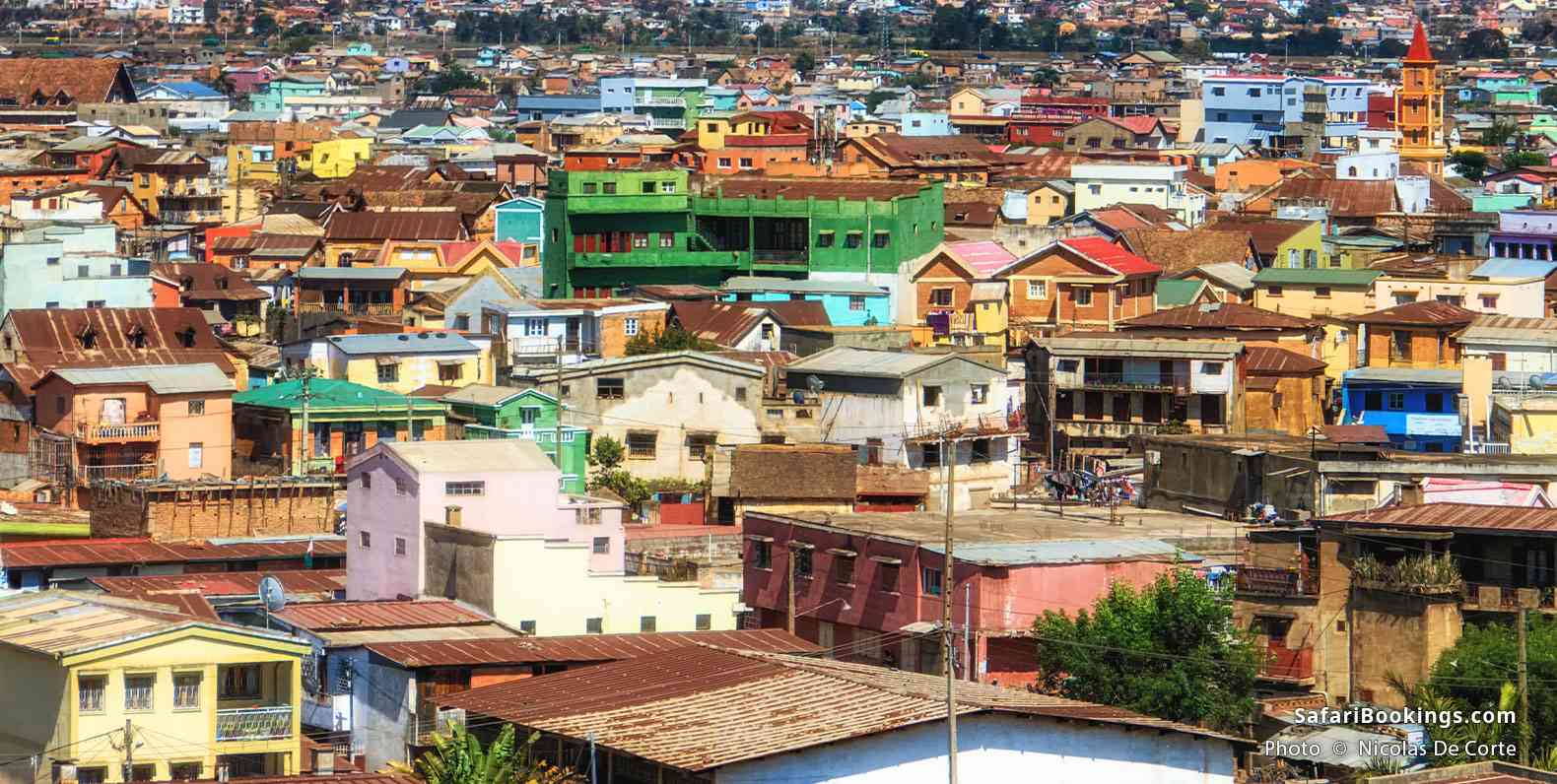 Join a guided tour of South Africa’s most famous township, Soweto. This is where the dark reality of planned segregation, the ideology behind apartheid, comes alive. Highlights are the Mandela House, where Nelson Mandela lived before he was imprisoned in 1962, and the Hector Pieterson Museum, dedicated to the start of the Soweto uprisings in 1976. 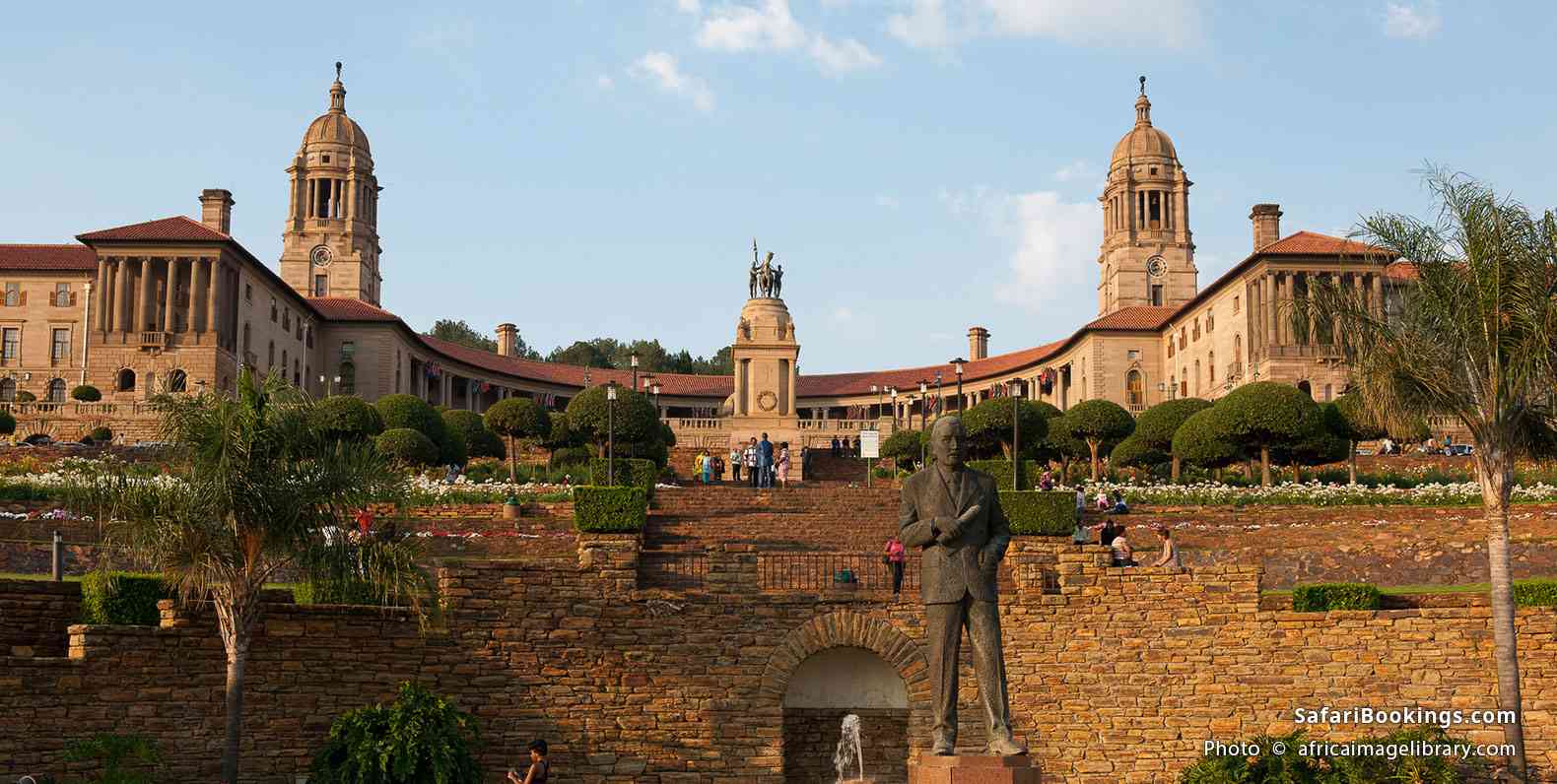 Only 65km/40mi north of Johannesburg lies Pretoria, South Africa’s administrative capital city. A standard tour takes in several museums, monuments and historical buildings, most notably the Union Buildings. This imposing sandstone architectural masterpiece is the official seat of government and has been the site of many important events, not least the presidential inauguration of Nelson Mandela in 1994.

Search for the Big Five in Dinokeng Game Reserve 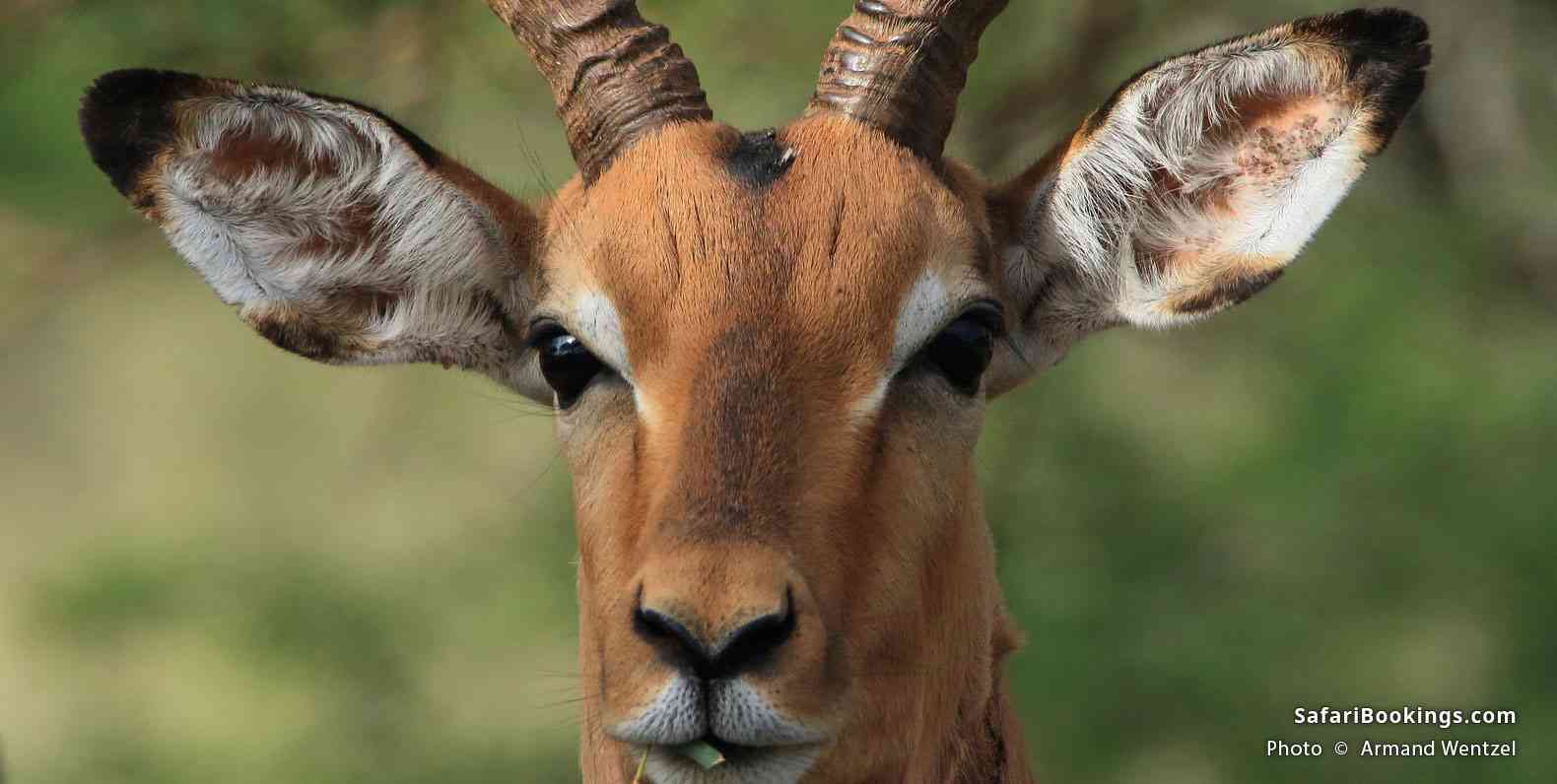 You don’t have to drive far from the hustle and bustle of the big city to go on safari. Dinokeng Game Reserve is the only free-roaming Big Five reserve in Gauteng. It’s close enough for a day trip, but a stay over in one of the lodges is highly recommended. Guided open-vehicle game drives, boat trips and walking safaris are all on offer.

Get Active at Hartbeespoort Dam 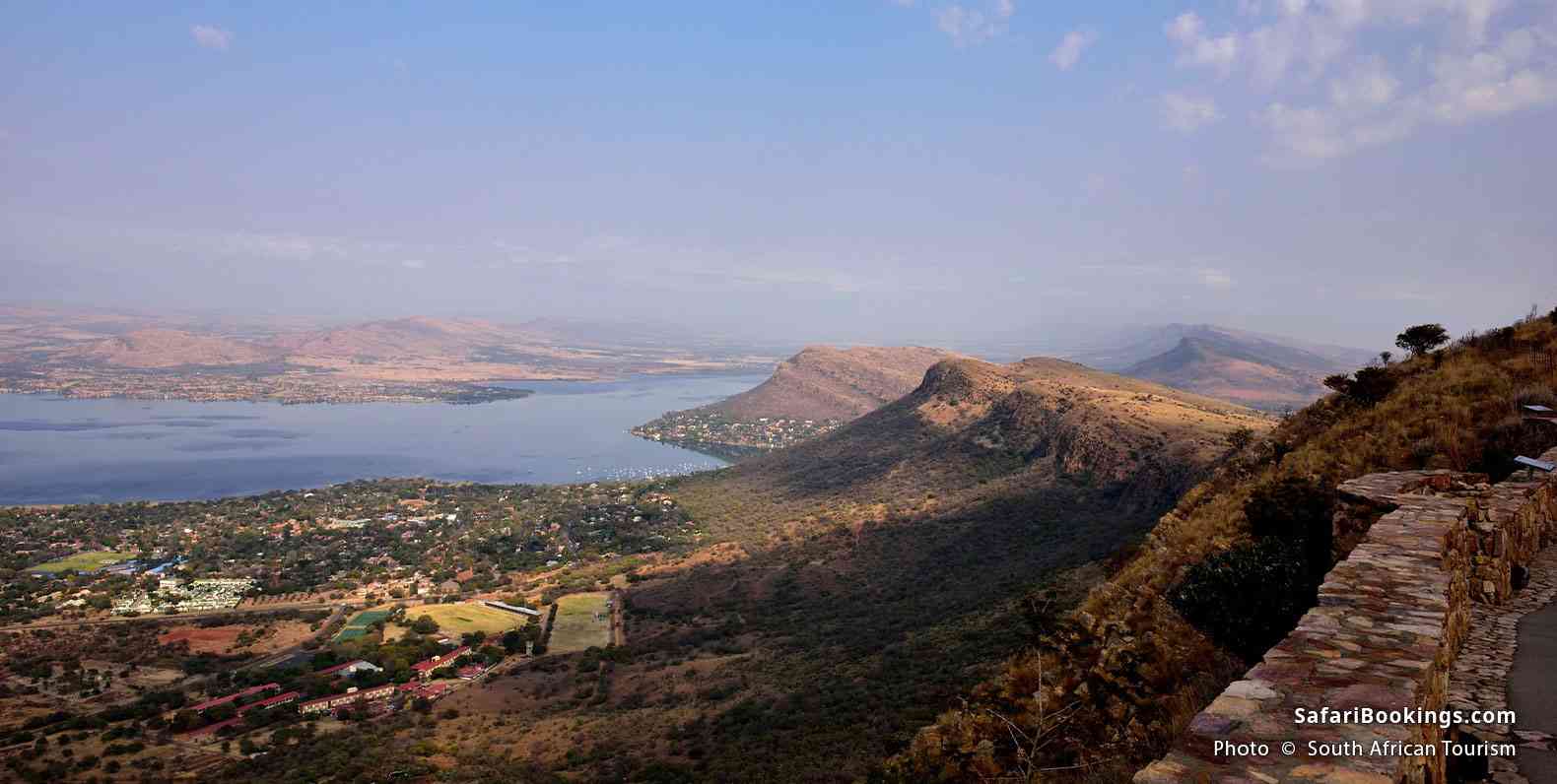 Go to Hartbeespoort Dam for a fun day trip from Johannesburg. Located in a scenic valley between the Magaliesberg and Witwatersberg Mountains, Hartbeespoort is a center of adventure activities and water sports. Sailing, waterskiing, zip-lining and hot-air ballooning are all available, and a trip on the aerial cableway offers incredible views over the reservoir and surrounding mountains. 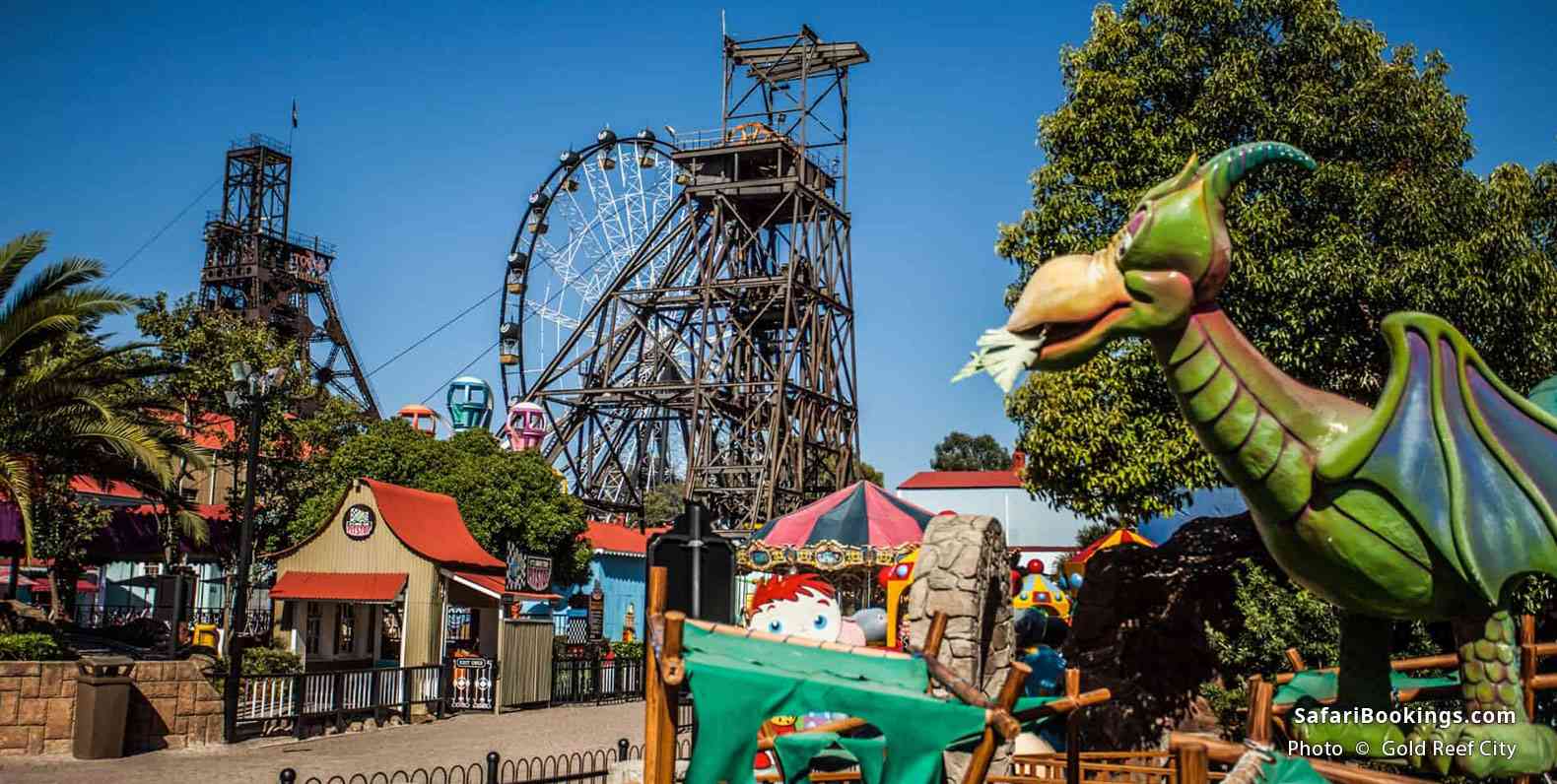 Johannesburg’s humble beginnings as a shantytown date back to 1886 with the discovery of gold in the area. Gold Reef City is a themed amusement park giving you a bit of an insight into those gold-rush days. You can descend in an old mineshaft, watch gold pouring into barrels and enjoy traditional dancing amid a reconstructed Victorian mining town. Other attractions include several thrilling roller-coaster rides and a casino.

Learn About Precious Stones at Cullinan Diamond Mine 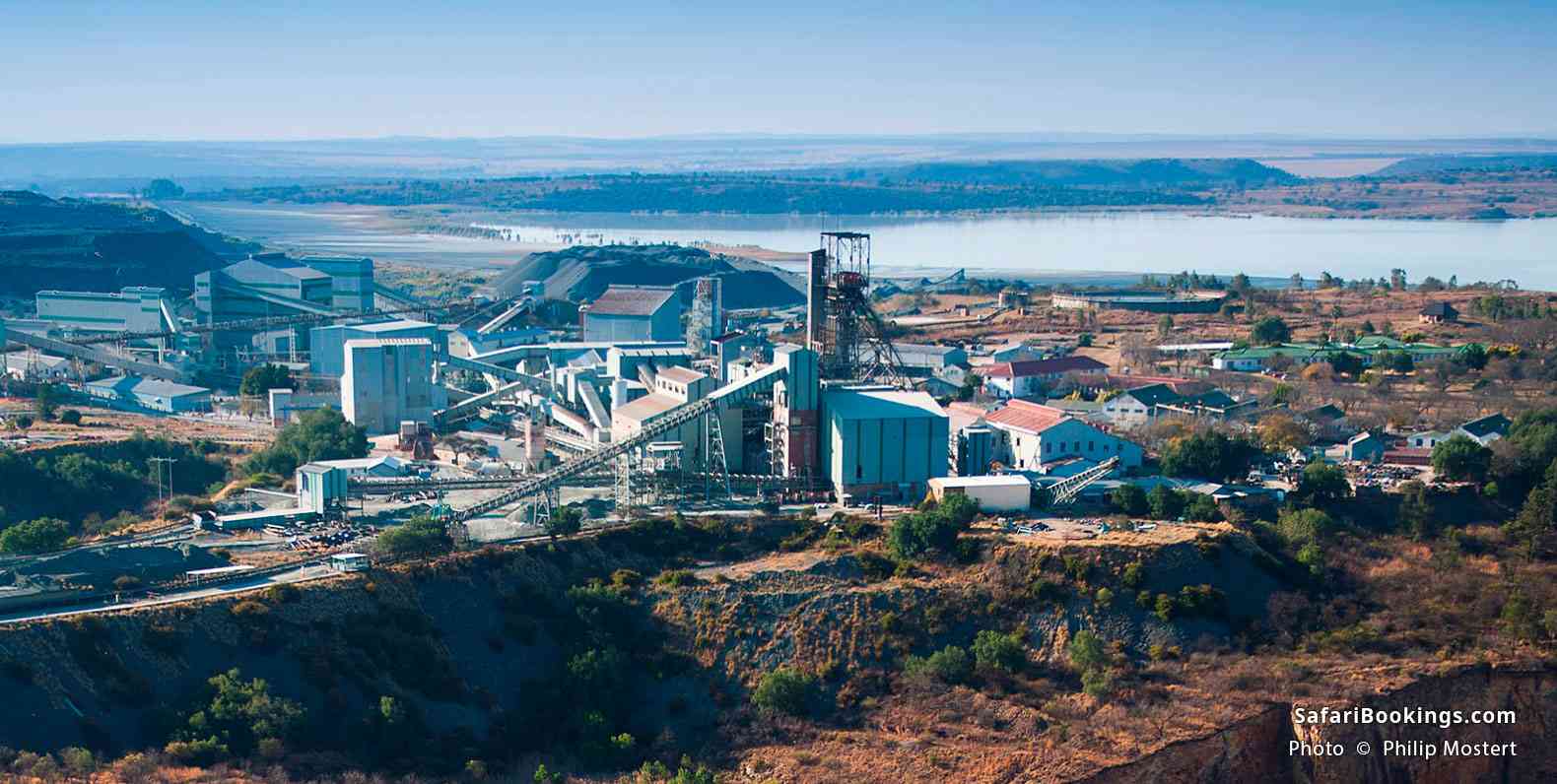 Another great day trip from Johannesburg is to Cullinan Diamond Mine. Located just north of Pretoria, the working mine is mostly known for the 3,106-carat Star of Africa, the world’s largest diamond, which was unearthed here. The standard surface tour is great, but time permitting, you can also head into the mineshaft on an underground tour. Of course, you’ll finish the experience with an opportunity to hit the shop for some diamond and jewelry retail therapy.

Get Close to Nature in Marievale Bird Sanctuary 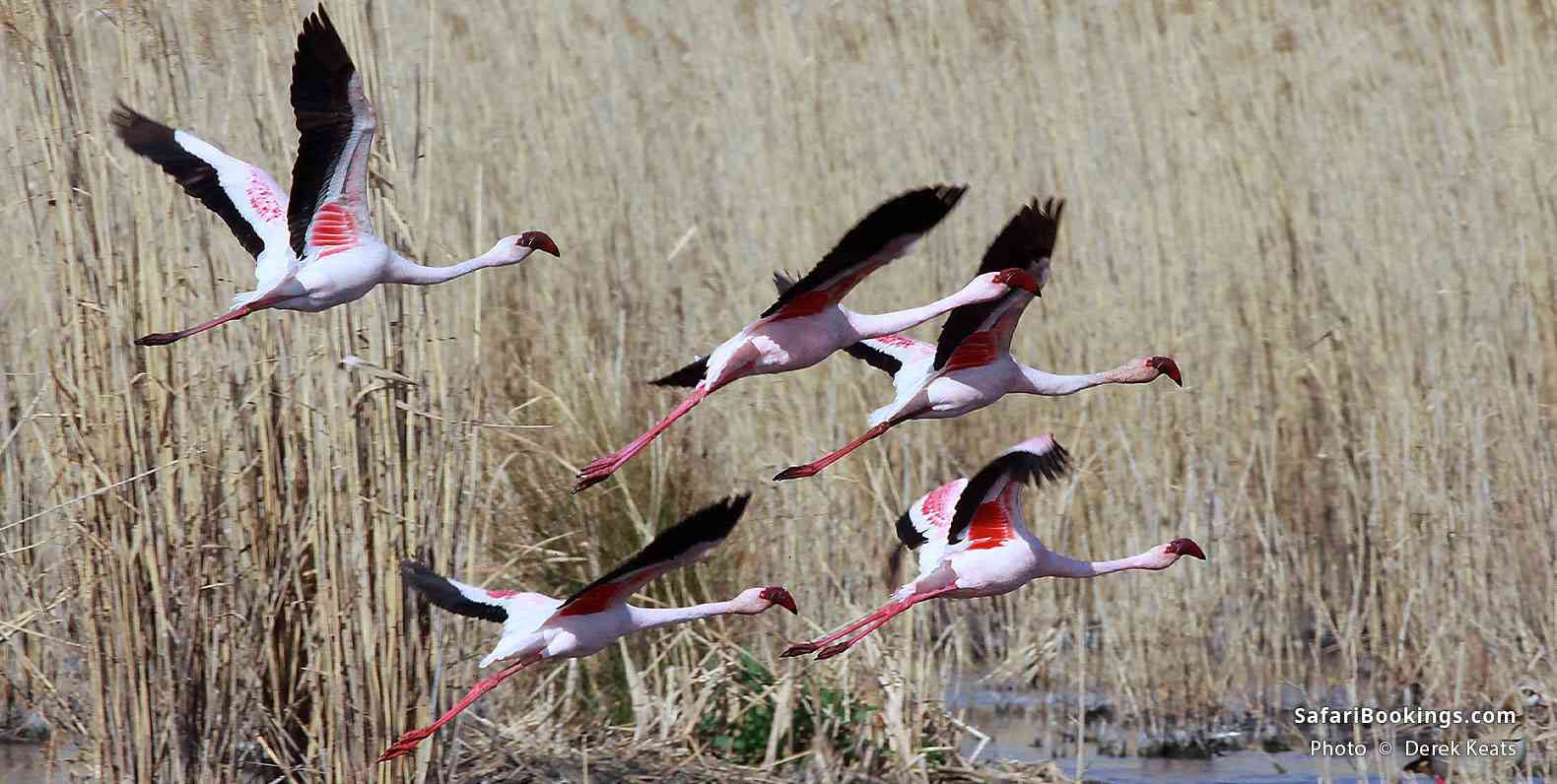 With a checklist of nearly 300 bird species, Marievale Bird Sanctuary is a great idea for a day trip from Johannesburg. The 10km2/4mi2 reserve has a good network of trails, a picnic spot, and four bird hides offering excellent photographic opportunities. Part of a Ramsar wetland, the sanctuary is home to many water-associated birds such as greater painted-snipe, African purple swamphen, malachite kingfisher and African fish eagle. Look out for Cape clawless otters too.