In Maputo SR, summer and winter are experienced at the opposite times of the year compared to Europe and North America. The area receives most rainfall during the summer (October to April), also known as the Wet season. Winter (the Dry season) is pleasantly warm and falls from May to September. Maputo Special Reserve is at sea level and has a sub-tropical climate. Summer is hot and humid, but the sea breeze diminishes the heat substantially.

Dry Season –May to September – Winter

Winter time sees much less rain than summer time, although an occasional shower could occur at any time due to the coastal location. The temperatures are mild, and skies are generally clear and bright.

The heat is intense during the summer, and it’s humid. Rain is frequent, though mostly in the afternoons. Heavy thunderstorms occur regularly. 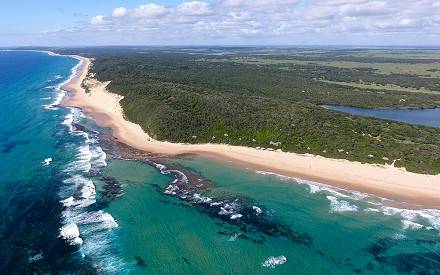