Mudumu’s climate is hot and predominantly dry. When rainfall occurs, it is generally in the form of afternoon thunderstorms. November to April (summer) signifies the Wet season, while the winter months of May to October represent the Dry season.

These are the coolest months and the mornings in particular get cold. Rain is virtually non-existent throughout this period.

The summer months are hot and with the heat comes the Wet season. Rainfall is not particularly high, but afternoon showers do occur. Most days are sunny and mornings are mild. 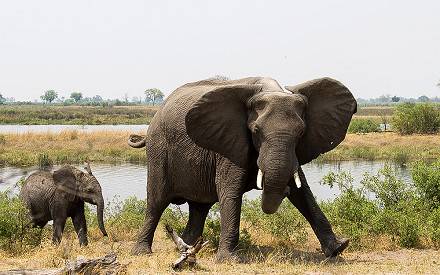