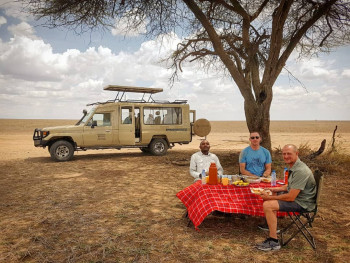 Marvel in the majestic Serengeti!

Marvel in the majestic Serengeti!

Seven Wonders Safaris Ltd with it's headquarters in Arusha, Tanzania, welcome you to enjoy a trip of a lifetime. Are you ready for safaris in East and Southern Africa? The company organize safari tours and holidays at an affordable price to suit your pocket. We take you for an expedition to the jungles of Tanzania, Kenya, Rwanda, Uganda, Namibia, Botswana, Zimbabwe, Zambia and S. Africa. Our experienced tour experts and guides of Seven wonders safaris are committed to fulfil your heart's desire.

Highly recommended for Safari in Tanzania
I booked 5 days safari with 7 wonders and as first Safari for me the experience was beyond my expectation, Evelyn was Supportive during booking phase and George in his briefing before the trip.
During the trip we had Hozza as our guid were he provided us with lots of useful information he was also patient with us and made sure to maximise our experience,he helped us see lots of animals especially big cats. I would say we were really lucky in having him as our guid. We also had kelvin as our cook where the food was delicious with big portions and kept surprising us every day with deferent meals, never thought I will have charcoal pizza in the middle of serengeti.

WONDERFUL trip with Seven Wonders Safaris, in every respect an incredible experience, A+++

TLDR Version: Thanks to Seven Wonders Safaris, our budget family safari was in every respect an incredible experience, A+++, did not have a ‘budget’ feel to it at all. Evelyn and her team are professional, experienced, responsive, and will go the extra mile for you. I highly recommend them, and plan to book with them again.

Background: We’re a family of 4 (two parents and two college-aged kids), and this was our first safari.

Initial Contact and Selection: We used SafariBookings.com to select several companies based on what we wanted to see. Seven Wonders Safaris responded with a quote for the requested safari and with some other options tailored to our needs. This was very helpful, and the company's 5-star rating meant a lot in our selection process. When it was time to pay for the safari, Evelyn assisted in giving us the options regarding payment, including the wiring instructions.

First Portion - Kenya: This segment was operated by a company contracted by Seven Wonders Safaris, I believe due to regulations about who can operate tours in each country. We had an experienced safari guide in Kenya, and saw many, many animals in Masai Mara. The accommodations for this leg of the safari were modest, but we were not expecting more than that for a budget safari. The guide allowed for options to see other sites, which we did (e.g., Lake Navaisha boat tour, Great Rift Valley overlook).

Second Portion - Tanzania: Evelyn greeted us at our hotel in Arusha shortly after our arrival. She answered all of our questions and let us know what to expect the next morning. Evelyn told us that she changed two of our lodging sites because the existing ones were getting mediocre reviews. I was glad to hear that because I had read those reviews as well, but remember, we paid for a budget safari and did not expect luxury. The two changes turned out to be noticeable upgrades - I would say those new lodging sites far exceeded what I expected in terms of the actual beds, hot showers, food, and overall ambiance. We really enjoyed staying in those places! The food was delicious, service was outstanding, and the settings were memorable.
The vehicle used by Seven Wonders Safaris was significantly better than that used on the Kenya portion of the safari, and that was a welcome improvement. Our guide was Hosea (pronounced HO-za), a long-time, very experienced safari guide. He was personable, knowledgeable, very understandable speaking English, and he ultimately proved to be a top-notch guide for our safari. Hosea found a currency exchange business for us on day one, which we needed to change our Kenyan shillings into Tanzanian shillings. He always kept us informed of the tour agenda, and he knew the names of every animal we saw, including all of the birds. He often spotted things we did not see, and directed our attention to those animals. Thanks to Hosea, we were able to get as close as allowed to the animals (from our vehicle), resulting in excellent photos for us.
Hosea also made sure to explain to us the history and cultures of Tanzania. This was very interesting in its own right, and generated many questions from us - all of which Hosea could answer. Example: as you travel through Tanzania, you’ll often see young children tending/herding animals such as sheep, goats and cattle. We asked Hosea about the school systems, compulsory schooling, etc. Not safari questions, certainly, but Hosea answered them all.

The Seven Wonders Safaris difference: We saw Lake Manyara, Serengeti N.P., and the Ngorongoro Crater in Tanzania. Each location had its own unique flavor, and we enjoyed them all. Instead of going on about those parks, this is what I noticed: you can pay a LOT for a safari, but ultimately the point is to see certain animals in their native environment, as they have existed for time immemorial. When you go see the animals, you need an aggressive guide who will get you on site to see them quickly and up close. We had that with Hosea and Seven Wonders Safaris. The only difference I saw between our budget safari and what appeared to be luxury ones during the game drives was the age and type of vehicle people were in. The bigger differences are probably in the accommodations and what is included there. But even on our trip, our food and accommodations in Tanzania were perfectly fine, and sometimes outstanding. When we stopped for lunch, we saw other tourists being served a boxed lunch. Seven Wonders Safaris served us a cooked, hot meal each time, more than enough food for all of us. I could see other tourists enviously looking at our hot food! There was a cook (Kelvin) who joined us during the Tanzanian portion of the trip, who made the food. This was a great touch. I could have spent much, much more on this trip than I did, but I don’t think we would have had a better time than we did. If I had spent less, the food and accommodations would have been too meager (we could see some of those camps as we passed). Seven Wonders Safaris = just right.

Extra Mile: Due to COVID and also due to changing visa requirements, we had several moments on this trip where we thought it would end from lack of the right test/visa. Each time I was able to contact Evelyn, and she helped us fix things. All of those things were beyond her control to begin with, but she helped us get through them all, including arranging a PCR COVID test for us on our return to Kenya, so we could return to our home. She met us again in Arusha before our departure and made sure everything had gone well. Her customer service was excellent, and I plan to contact Seven Wonders Safaris again when we plan a different trip.

Great experience, Evelyn was very helpful from the start and designed the trip around our needs.
Our guide, Nestor, was ideal, very professional and of great company throughout the whole experience, worked really hard.
We saw all the animals we wanted to see, had a great time at the lodges(the one in the serengeti was AMAZING, could have been part of a luxury package in my opinion) and delicious dinner every evening.
Lunch was a bit bland and repetitive but it's no deal breaker, especially considering that breakfast was always good.
We were really thankful when they helped us arrange a covid test which became suddenly needed for our trip back, they really went the extra mile and we managed to do everything on time.
I made the right choice booking with sevenwonders and I would certainly book again!

The Safari you dream about

We had a once in a lifetime experience! Nestory, is the best safari guide, knowing all the ideal spots for sighting the big 5 and was a wealth of knowledge when it came to the animals and the Serengeti land. Our chef, Calvin, made some of the best food we had during our stay in Africa. Seven Wonders staff were extremely accommodating and made our experience smooth and unforgettable. We highly recommend them and their team!

Many thanks,
Alex, Steve, Darius

We had a private Safari for 8 days with 7 Wonders Safari. The trip offers lots of highlights with the different sights (Lake Natron, Serengeti, Ngongoro&Manyara), lots of wild animals and high variety in different landscapes/ecosystems. We... 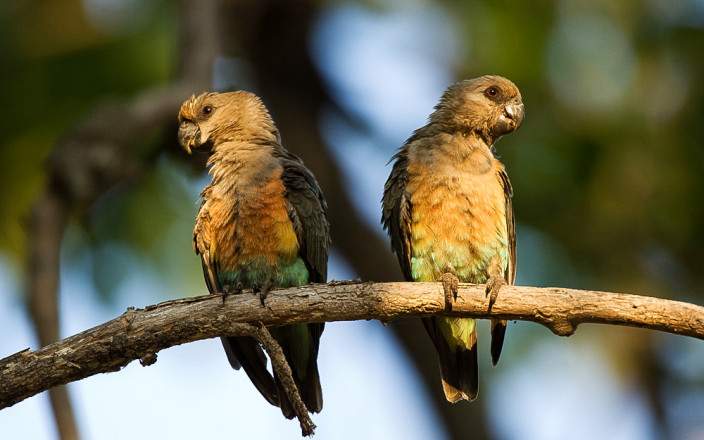