4-Day Kilimanjaro in the Morning Safari 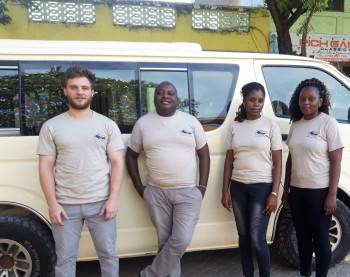 KingTomondo Safaris is your safari agent of choice in Kenya. We offer affordable private safaris to Kenya's best safari destinations. With years of experience in the business, we are well-suited to take you on the adventure of your lifetime. All our safaris are tailor-made and can be adapted to meet your individual preferences. We combine responsibility, respect for nature and great passion for Kenya's wildlife. Our team is partly German, so feel free to contact us in German, if you'd like.

Loved everything about this safari tour!

Firstly, having contact with KingTomondo before the trip was always nice, they answered any questions quickly and met all my special requests.
Our guide, Daniel, picked us up at our hotel in the morning and took care of us for the whole four days. He was a good driver and great to talk to. On the way to Amboseli, we stopped to buy lovely avocado and fruit from sellers on the side of the road, we had brought a knife and some salt for the avocado. I highly recommend doing this. Amboseli was wonderful, we got to see the most beautiful view of Mt Kilimanjaro, lots of Elephants and other animals. In Tsavo we got to see lovely views over the plains, the real African-Kodac-moments and had a very unique encounter with a cheetah. Daniel told us lots about the animals and the fauna in Kenya and we learned a lot. He knew all the other drivers and they helped each other when there was a special animal found somewhere in the area. Daniel really was the extra icing on this safari-cake he answered all our questions about life in Kenya and became a really nice friend. Everything about this tour worked out great! Communication with KingTomondo, value for money, reliability and the tour itself gets 10/10 from us. (Family of 4, 2 adults and 2 teenagers.) A memory for life! Thank you KingTomondo and Daniel!

Perfect organization, communication, knowledge of the parks lodges and good choice of the driver

What a fantastic trip!

We are very happy that we choose KingTomondo for our safari! We first had a one day tour to Shimba hills and then a four day tour to Tsavo East, Amboseli and Ziwani.
Our driver Said was very experienced in finding animals and we always felt confident. We hope we can go with him again in the future!
We fully recommend KingTomondo and Said for a great safari. We really had wonderful days!

When planning our trip to Kenya we contacted a number of travel agencies, from the initial contact and proposal we had a good feeling about KingTomondo Safaris. The communication was to the point, Lisa understood immediately our preferences and tailored the itinerary accordingly.

The proposed itinerary was a 7-day safari through Tsavo East, Amboseli and Tsavo West, the lodges and camp sites where carefully selected all offering amazing views in prime locations in each of the parks.

On the first day of our Safari we were met at the hotel by Aziz, our guide/driver throughout the entire journey, an amazing and charming person with a lot of knowledge about the fauna and flora of the parks we visited. For an amateur photographer as myself it was a pleasure to have Aziz at our side, never in a hurry and allowing enough time for taking photographs. During our trip we where able to spot four out of the Big Five animals.

Lisa and KingTomondo's team am are very involved and will assist you with all the practical arrangements (airport transfers, hotel bookings, ... or even a last minute hot air balloon safari.

Despite the COVID pandemic we had safe journey, KingTomondo and all lodges handled everything in a professional manner, this should not hold you of visiting Kenya and it's parks.

We'll definitely return to Kenya and will book with Lisa again!

Highly recommended! The park is not too large, and the good spots are nicely concentrated. We saw rhinos, elephants, and lions from a very short distance. Many giraffes, zebras, antelopes, hippos, waterbucks, and lots of interesting and colourful birds. The park has multiple streams (called rivers) which are both beautiful (with all trees) and attractive for many species.

The general plan of safari

The plan was quite typical for a 2-night safari, but it worked well. Maybe the duration to drive from Chuka to the national park was too optimistic in the plan, and in the end of the first day we had only 1 h time in the park. Dan was already turning to the lodge (without going to the park), but we insisted on having at least a short visit, since this was in the original plan. And it was a good 1-h, since we saw, e.g., four lionesses (of course without knowing that on Sunday we would have even better view on both male and female lions).

Our second day consisted of a continuous, 8-h game drive, including a 1-d lunch break at a camping site inside the park (and with a swimming pool which we of course used for a short dip). Afterwards we thought the continuous drive was not such a good idea, particularly since the day was really hot. It would have been better to have a 4-h drive between 7 and 11 AM, then lunch at the lodge and another 2-h drive from about 4 to 6 PM. We will be wiser next time.

We had a polite and friendly driver, who was knowledgeable of many animals and trees. He was flexible and open to our suggestions. Maybe the only very minor problem was that he was not an expert in Meru National Park. However, he was brave and smart enough to admit this and hence he invited a local ranger to join us. The end results for really good.

Two years ago, in our safari in Tsavo East, we stayed overnight in a lodge that had a drinking place for animals just in front of the camp. It was wonderful to see many animals even during the dark. This was something we missed this time in the Ikweta lodge which is located a couple of kilometers outside the camp. But we missed nothing else.

The lodge is simply wonderful. Tents are cozy and the interior designer has done a great job. The restaurant is great with really good, albeit not very innovative Mediterranean-like food. Good alternatives for vegetarians and non-meat eaters. There are many, many cats within the camp and restaurant area. We like cats and were even happy to have Mia (one of the cats) in our laps. However, maybe some guests are less happy with the cats.

It was an adventurous and funny Trip. The Driver knew a lot about all the different animals and I felt save in the modern car. Communications was very easy, the operator spoke nice english till I realized he is a native german speaker, so... 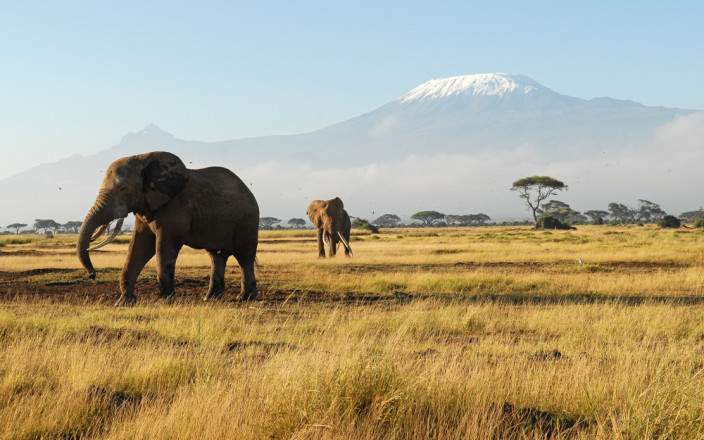