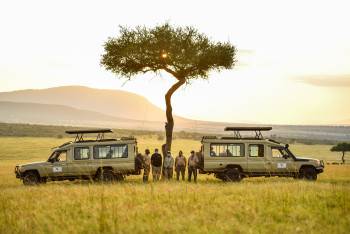 Beacon Safaris a leader in the field of tours and travel, and is completely devoted and engaged in offering vacationers a perfect date with the African wilderness.

Attention, it is a fraud, don't send them money

ATTENTION: FRAUD!!! Attenzione, non vi fidate, è una frode.
We had to cancel our trip because of the pandemic, we sent them an advanced payment and after 18 months they didnt' send us back our money in refund. They do not answer emails. So, do not trust them, they are scam, use other agencies. I am in touch with the Italian Embassy in Nairobi and the local Police, hope they will help me soon.
Dopo 18 mesi non ci hanno ancora restituito i soldi dell'anticipo che avevamo versato, per il viaggio che avevamo dovuto annullare a causa della pandemia. Non vi fidate di loro, non usateli, sono dei truffatori! Sono in contatto con l'Ambasciata Italiana a Nairobi e con la polizia, vediamo se risponderanno almeno a loro.

Beacon Safaris did an amazing job with our honeymoon safari. Our driver Daniel was very knowledgeable and helped us have a great experience on our once in a lifetime trip. All of the hotels were good, and we would recommend Beacon to anyone looking to do a Kenyan Safari.

Due to COVID we had to reschedule multiple times, and Beacon was always very responsive, helpful, and accommodating. When planning we were able to easily customize our trip and go to each of the parks we were interested in.

Masai Mara was our life time dream and thx to Robert and Anthony it came true. Our trip was initially planned for August 2020 but due to pandemic we had to postpone it. During the entire year we stayed in touch with Robert and finally completed the tour in August 2021. Robert was very helpful at every stage of planning. You can rely on him 100%.

Special thanks go to Anthony who was our driver and guide for 3 days. He is an excellent onroad / offroad driver and very kind man. He has great knowledge about the animals and birds. He was in communication with the rest of the guides during our entire journey so that we see the most we can during the game drivers. He was very helpful and patient when we had special requests such as 4am visit to hospital for PCR test OR drinks to buy from local shops in Masai Mara...

Overall, I highly recommend Beacon Safaris. You won't be disappointed...

Beacon Safaris was excellent, from the beginning to the end

The experience with Beacon Safaris was perfect, from the moment I send the first email towards Robert. I asked a lot of (maybe even annoying) questions, but Robert was really patient and helpful. Everything was really clear, before the experience was even started. Because my girlfriend and I were going to Masai Mara later, we did not want to go there with a safari, so we were very pleased, that Beacon had a safari where we went to less famous parks and Masai Mara was not in the itinerary. With Meru National park, Buffalo Springs National Reserve and Ol Pejeta Conservancy we were really glad! When we arrived in Kenya, it was even going better. Our guide Patrick made our experience unbelievable. He was really kind and relaxed and he could spot animals! I am afraid we were not the easiest for him, but he was the best! He had 2 absolute qualities; He could spot leopards, like no one else and he always knew where he should put his car, when we were at a sighting, so we could see animals (mostly with cheetah, lion and rhino) perfectly. The tented camps that were picked out, were really good and different, which made it more interesting. Although we did not visit the Mara, Amboseli or Lake Nakuru we saw a lot of animals, including the Big Five, hyenas, cheeta, honey badger, many herbivores, birds, hippos, crocodiles and many more. It was the best. The drives between the reserves were not too long, the company was clear and helpful, the guide Patrick could not be better, the amount of animals was amazing (even without going to the more famous parks), the tented camps were perfect, the value for money was all worth it. I could not have a better experience than this one with Beacon.

Amazing Tour! Robert was extremely attentive on WhatsApp and Daniel was an amazing guide!

We had a great time at Masai Mara. We were 2 couples and our guide Daniel was amazing!
We saw so many animals and we could see that he knew what he was doing, were to go to find the hinging animal!
We had so much fun and an unforgettable adventure! 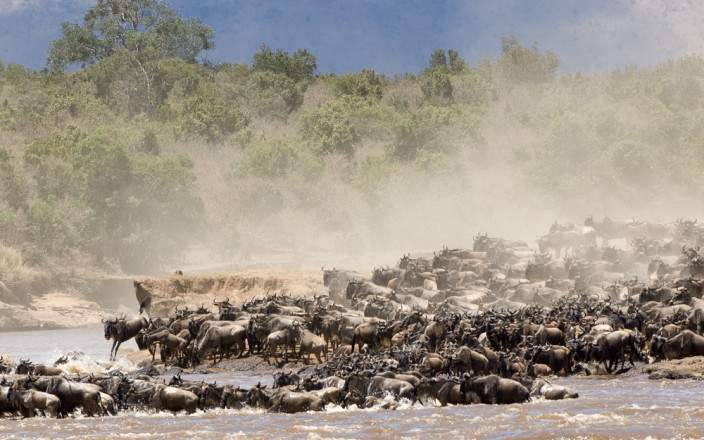