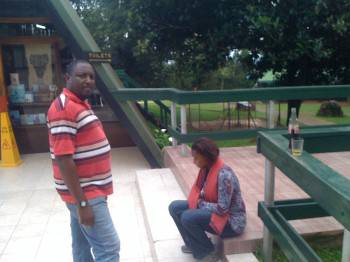 I spent wonderful three days organised by Gombe Track Safaris in Gombe National Park. Everything went perfectly smoothly in the organisation starting with being transferred from the airport to the private boat and on to Gombe. Within the park I had a nice room in the main buliding, great food provided by my own cook and wonderful moments hiking through the park and sitting along for hours with chimpanzee families and watching them playing and later going swimming in Lake Tanganyaka. On my way back, I made two dives in the lake which were awesome given the amount of different fish with an incredible amount of different patterns in its waters. Thank you for the wonderful time and absolutely recommendable.

Was this review helpful? Yes No
Link to This Review
Nora   –

once in a liftetime experience

Well organised, flexible for any solution, Joshua was our organiser but keep in mind that the park have rangers as tourguide, so do not expect that Joshua will do the tour but he is take care that you will have the best tour guide there (Isaiah was for us and he is doing this for 13 years! he was very great, have deep knowledge and respect for the nature). The food was very nice well presentet and a LOT :D we were very happy to be there. the park, the hike the chimpanzee were all amazing, the people there are soo nice! If you fly on the last day of the tour take it into conciderations that early flight might be risky as you take a boat, so you may go back to kigoma the day before to be sure you have your flight in the morning. so if you plan to sleep there 2 night I suggest to have an extra night after in Kigoma. Also if you fly in or out somewhere else than Dar el Salaam ask Joshua before he will be flexible if its possible to book you an other internal flight if your final destination isn't Dar el Salaam :)

Was this review helpful? Yes No
Link to This Review
Mélanie   –

Very good experience in Gombe, Joshua was very responsive and found a last minute solution following the cancellation of our international flight.

We loved seeing the chimpanzees.

Was this review helpful? Yes No
Link to This Review
Marlou   –

I booked this chimp trekking tour and it was one of the best things I did during my 2-month stay in Tanzania! The communication beforehand was flawless, all guides, cooks and drivers involved were very professional, and during the tour everything was taken care of. I saw so many chimpanzees! Thanks a lot for this amazing tour!

Was this review helpful? Yes No
Link to This Review
Matej   –

I was happy with the service. Joshua is excellent manager.

I was very happy with the service. They arranged for me chimpanzees trekking in Gombe NP. Everything was great. Joshua is excellent manager. He has answered all my questions and even he helped me to get to Kigoma. I was travelling by bus from Arusha. I highly recommend this company. I plan to visit Burundi soon and definitely I will ask Gombe Track Safari to organise my trip through Burundi.

Was this review helpful? Yes No
Link to This Review
Milen   –

We had the best 3 days Mikumi Safari from Dar Es Salaam. Thank you for this journey. We had a very emotional journey with you and yours guys. Thank you Joshua !!!

Was this review helpful? Yes No
Link to This Review
Jan Pekarek   –

3 days package from Dar Es Salaam to Selous
Everything was great, our driver was a cool guy with professional driving skills :).
Lot of water during whole three days.. boat, driving and walking safari were very interesting and nice.
Accommodation in Ngalawa Selous Camp was also 5/5, great food, room and pool.
- We did not see lions, because it was really hot and they were hidden. Maybe next time!
I recommend.

Was this review helpful? Yes No
Link to This Review
William and Sammantha   –

My husband and I were blown away with the chimp trekking at Gombe. The guide was fantastic and it was clear that he had such a passion for the chimps and respecting their space. We were able to see the chimps hunting, playing, fighting with baboons, and so much more. We will never forget feeling so lucky to be experiencing their human like behaviors in person! Our accommodations were as expected and a step up from camping, but we knew that going in and it was fine. Our cabin had everything we needed for the night. Our boat operator, chef, and the man who provided our transport throughout the trip were all top notch!

Was this review helpful? Yes No
Link to This Review
Katie   –

Gombe Chimp Trek - Adventure for only the Most Adventurous

We had no idea what to expect and could never have expected our simple desire to see chimpanzees in the wild to end up being perhaps the most remote place we've ever been. Gombe Tours was very responsive and did everything within their control to ensure a smooth trip for us. Again, it is isn't there fault that there just isn't a lot out there on the internet about what is all entailed in getting to Gombe and what accommodations are like. Let me summarize. Getting to Gombe is about a 6-7 hour ordeal. You start from Dar es Salaam with a pick up from your hotel at 5:30AM and take a 2 hour domestic flight to Kigoma Airport which is a bush airport if you've ever seen one. Maybe a flight or two in or out the whole day. Car ride with brief detour at a tourist spot to a boat where you spend 2+ hours on a small boat getting to the park by water. The day we traveled was very wavy and our boat ride was longer than two hours and we arrived soaked. We received a warm welcome from a park ranger/tour host upon arrival at the park and shown to our tent, which was nicer than expected given how remote we were, but not the full "glamping" level that some may have come to expect on safaris. Meals were provided in a dining hall. And, of course, the highlight were the chimp treks. It's everything we could have wanted. Certainly one must be in good health to participate in the treks. At the end of your final trek, you are provided boat ride and car transfer to a hotel for a stay until your flight. There were lots of pieces, but Gombe Tours ensured that the pieces all occurred smoothly. In fact, there was a miscommunication at our hotel regarding what was included and both Joshua and our driver went over and above immediately to take care of it. If I had to be very picky, I'd say the one thing we understood was occurring was a car transfer upon arrival back in Dar, which didn't occur, but we're talking the difference of a $10 taxi trip.

If you choose to embark on a Gombe chimp trek, have reasonable expectations of your location, but trust that Gombe Tours will take the stress out of the planning and execution.

Was this review helpful? Yes No
Link to This Review
Michael Rubenstein   –

I have been traveling to Tanzania for the last nine years, twice a year for a month each time to work and have been on dozens of safaris, having driven many of my own, and climbed Mt. Kilimanjaro. I have experienced much of what Tanzania has to offer and now relish in being able to introduce others to this wonderful country, so when I have the opportunity to discover something new in this amazing country, it is a real plus for me. Discovering Gombe Stream National Park and Gombe Track Safaris & Tours was just that! A colleague had used their services last April and had spoken very highly of them, but I had not completely expected the wonderful care and service that Joshua and his team provided to us all along the way. We had booked four nights at Gombe with them and absolutely everything was arranged and went off without a hitch. That included our airport transfers from Arusha to Kilimanjaro International Airport, Dar airport to our hotel in Dar and back again, Kigoma airport to our boat to Gombe. The return trip was equally smooth. Our captain, Juma, took wonderful care of us the camp at Gombe (We chose to stay in the tents). Juma cooked all of our meals for us and gave us more food than we could eat. He was flexible on times for meal and was always there checking on us. We were there in the dry season, so the chimps were much higher in the hills, but we were able to see them on the three days we trekked. The beach at the Gombe camp was lovely and the sunsets were to die for. It rained several days, but life went on as usual. I brought several friends with me who were first timers in Tanzania and they couldn't say enough about the trip with Gombe Track Safaris. It was everything we had hoped for and more. I will be referring other friends to them without question. They were just totally awesome.