Shaba has a hot and dry weather pattern. The average temperatures are 32°C/90°F in the daytime, and 16°C/61°F at night. Shaba has a low annual rainfall which usually occurs as short, heavy showers. The ‘long rains’ generally occur between mid-March and mid-May, while the ‘short rains’ fall between mid-October and mid-December. The peak months for rainfall are April and November.

It is very dry with almost no rain and hot, sunny days. 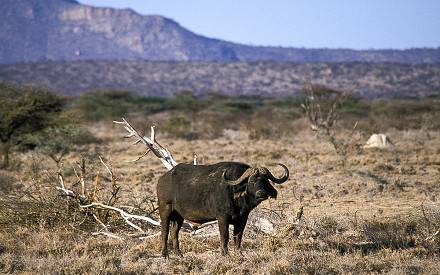