The Maasai Mara is Kenya's most celebrated game park, it offers the possibility of seeing "the Big Five" and many other species of game. This is where the great wildebeest migration "the world's greatest wildlife spectacle" occurs mainly in July and August of each year. Lake Nakuru (Pink Lake) is often referred to due to its Great masses of Flamingos not forgetting the famous white Rhino and black rhino found in this park.

On this shared tour, you will join a group of other travelers. Max 7 people per vehicle.

What a great safari. We had 11 people in 2 Jeep’s for a 6 day safari. James and Richard our drivers were great, Knowledgeable, Positive and very fun. The first camp was amazing. Great food and staff. The Masai that we met were... 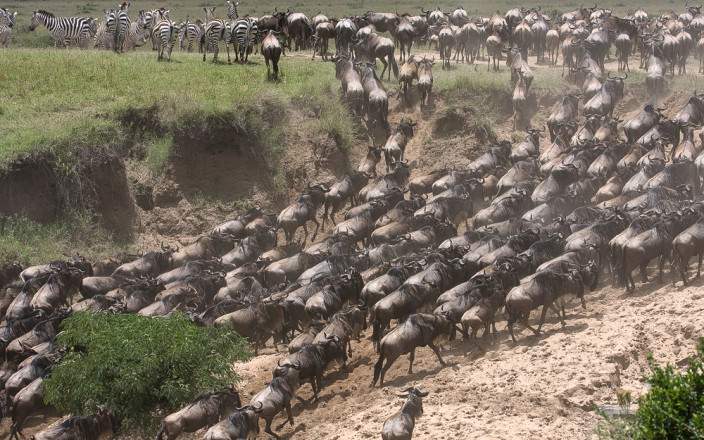