Tsau //Khaeb National Park (formerly Sperrgebiet NP) has a warm and dry climate. It is mostly sunny and there is minimal rainfall.

The altitude in the park varies widely, from below sea level to 1,282m (-62 to 4,206ft). Temperatures drop by about 6.5°C for every increase of 1,000m (or 3.5°F per 1,000ft), resulting in wide-ranging contrasts in climate within the park. Most tourism is at lower altitude and those areas get hotter than the averages shown in the chart above.

Winter –May to October

These are the warm, summer months. Rainfall increases slightly from February to April and peaks in March. Early mornings are less bitter than during the winter months and temperatures range up to about 13°C/55°F. 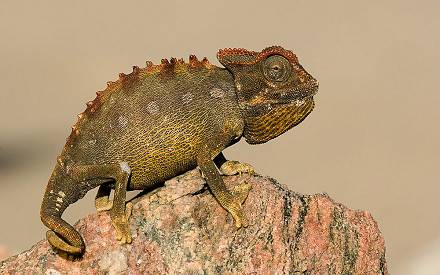