Visitors to Tsavo East can expect a hot, dry climate. The average temperature fluctuates between 31°C/88°F during the day and 20°C/68°F at nighttime. Rainfall peaks in April and November during the long and short rains, respectively. Rain tends to fall as short heavy showers.

The Dry season months are the coolest. Days are full of sunshine and there is very little rain.

The ‘short rains’ and the ‘long rains’ are separated by a drier couple of months in January and February. Road conditions are at their worst in April and May. 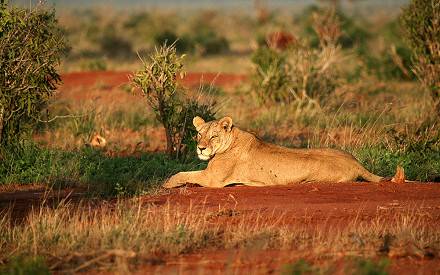