The climate in Northern Tuli is semi-arid. Rainfall is little and unpredictable – ranging from 300-350mm/11.8-13.8in annually – and is restricted almost entirely to the summer months, from October to April. Summers tend to be hot, while winters are mild.

Temperatures are mild, and conditions are dry during winter. It is advisable to bring a warm jacket for early game drives, as it does get chilly in the morning.

Conditions during summer are very hot. Fortunately, the humidity is fairly low. Rain is usually a welcome relief. Afternoon showers are common, but it rarely rains all day. Temperatures are at their most brutal before the rain breaks the heat. 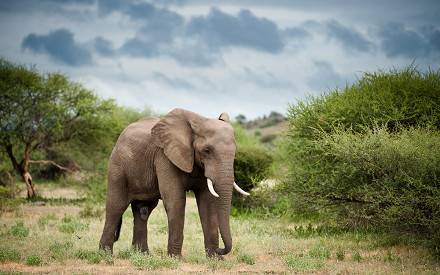