Limpopo National Park borders the world famous Kruger Park. All the animals found in Kruger are also found in Limpopo. However, densities are much lower on the Mozambican side. The park is Big Five territory. Elephant and buffalo are regularly seen in the Dry season and hippos and crocodiles can usually be spotted in the rivers.

As there aren’t many roads in the park, most of the wildlife viewing is done on foot. Seeing any of the big animals like elephant, buffalo or giraffe on a walking safari is a special experience. You’re very unlikely to see any predators on foot and even spotting them on a drive is hit-and-miss. lion and hyena are often heard at night though.

The middle to end of the Dry season, from July to October, is the best time for viewing animals in Limpopo. Wildlife is easier to spot at that time because the bush has thinned out and animals gather around the rivers and other permanent water sources. 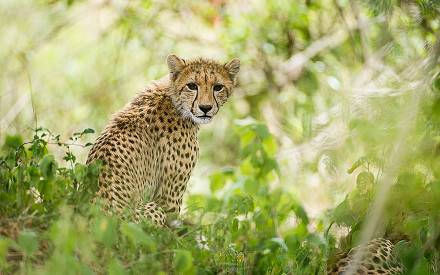