The climate in Lake Manyara NP is mild and temperate. Average temperatures are consistent throughout the year. It is very rarely hot enough to be uncomfortable, but it is almost always cold during the evening and early morning. Taking warm clothing along on early morning game drives is recommended.

Manyara's Dry season is from June to September. The Wet seasons consist of ‘long rains’, which occur from March to May, and ‘short rains’ occurring from October to November. It rarely rains the whole day.

It is usually sunny and bright.

Temperatures remain mild during the Wet season, peaking in the afternoon around 27°C/81°F. Night time temperatures are around 16°C/61°F. 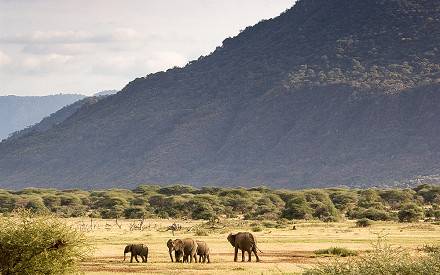