Marojejy has a wet, tropical climate. Rainfall is high throughout the year. During the warmer time of year, November to April, monsoons from the northwest carry heavy rain and periodic cyclones. During the cooler season of May to October, southeasterly winds bring gentle rain. The temperature doesn’t vary much throughout the year but it can change a lot from day to day. The temperature also decreases at higher altitudes.

It is cool and less humid than in the Wet season. It still rains regularly but usually in the form of light drizzle. Storms are rare. Daytime temperatures are around 25°C/77°F.

The Wet season months are very humid and warm. It rains a lot and heavy downpours can be expected. Daytime temperatures average 28°C/82°F but peak temperatures can be much higher. 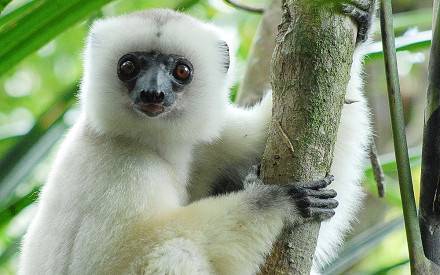