Moremi Game Reserve has a climate that is warm to hot. The Dry season runs from April to October and is characterized by cooler, dry conditions. The Wet season, from November to March, receives the majority of the reserve’s rainfall, along with higher temperatures.

The last precipitation of the Wet season usually falls in April. June and July are the coolest months, but temperatures start rising in August and peak in October.

It immediately cools down after the rain, and the dust settles. It rarely rains all day. Storms and short showers in the afternoon become the general pattern. It’s hot throughout the season, and afternoon temperatures rise to about 32°C/90°F. 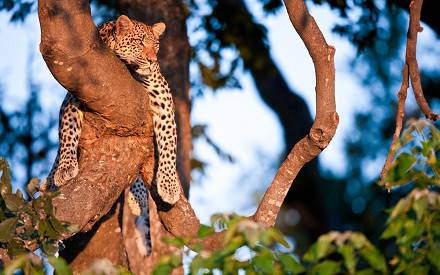