Lake Nakuru’s climate is mild and temperatures are consistent year-round. Daytime temperatures are pleasant in the mid to upper twenties, although it is much cooler at nights. Warm clothing for early morning game drives is a necessity. The wettest months are April and May. The rest of the year is relatively dry with some rain throughout.

The pleasant days are usually sunny, but do not get too hot. It rarely rains, although don’t be surprised if there is an occasional shower at any time. It is recommended to wear warm clothing on early morning game drives.

Wet season –March to May

There are many overcast, cloudy days in the Wet season, but it rarely rains all day. Temperatures in the afternoon are pleasant at around 27°C/81°F. Early mornings are a bit milder at 11°C/52°F. April is the wettest month. 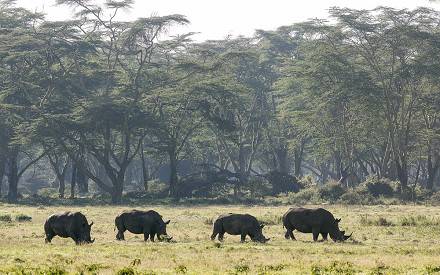