This Tour Is Offered by Safari Soles 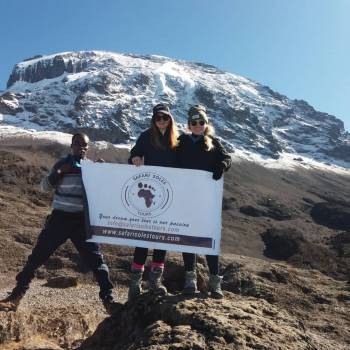 a day before the summit with safari soles tours

a day before the summit with safari soles tours

safari soles is a mid size company dedicated to share an adventurous journey of exploring life and beauty of our country, like our clients we are passionate to learn, discover & explore the vast corners of the world. we therefore understand the excitement, constant thinking and yearning for every hour of everyday that a journey may cause and therefore invite you to partner with us on a stress-free journey in exploring this beautiful country with joy & much needed fun!!!.

A great 6-days safari experience for a reasonable price

My son and I had got safari offers from different providers and decided finally for choosing a 6-days safari with Safari Soles Tours. Bryson, the manager convinced us by good and precise communication via email and WhatsApp. He always answered all my questions quickly and accurately. That made a very good impression. Bryson is also an interesting person to talk to and can tell you a lot about his country.

The safari itself also turned out to be a good choice: everything was very well organized and thought out. We visited the four most beautiful national parks in northern Tanzania and saw a lot of wild animals, birds and beautiful nature.

Lucas, our tour guide / driver did his best to give us lots of information about every animal we saw. He had three encyclopedic reference works in his jeep (animals, birds, plants with pictures and English names) and was able to tell us about anything that interested us.

We loved Abdullah the chef. The meals were excellent. For lunch there was hot meals every day, no cold lunch boxes. That was the dinner that was a real highlight: Not only the food itself but also its presentation by Abdullah - he appeared in his chef's uniform and solemnly announced the dishes. This gave the whole safari tour a luxurious and exclusive character.

Maybe that was also our luck to go on safari at the end of March - beginning of April, at the start of the rainy season. It is also called "Green Season", as the savannah is particularly beautiful. There were few tourists, which was an advantage for us: normally it would be a budget safari with two nights in a lodge and three - in a tent (on a campsite), but it rained in Serengeti the night before, and Bryson organized an upgrade at short-notice: two overnight stays at the Serengeti Safari Lodge in Seronera. We were accommodated in cozy, small houses with private bathrooms (see the attached photo). And the first and last night we spent in the town of Mto wa Mbu, in the good and clean Fig Tree Lodge. With a swimming pool! We felt welcome in both lodges, and the staff was very kind to us.

However, we stayed for one single night (the penultimate one) in a tent, on the chic Simba campsite at the Ngorongoro crater, with a canteen, toilet and shower. When we got there, the tents were already ready, and there was a mattress under each sleeping bag. My son and I shared a tent, single travelers each had a tent to themselves (we were a group of four). And the water in the shower was really hot.

All in all, in my opinion, this was a luxury safari for a reasonable price. I can recommend Safari Soles Tours to every safari friend with a clear conscience. I would like to thank Bryson, Lucas and Abdullah warmly: Asante sana!

Another tip that might be useful: If you arrive at Kilimanjaro Airport a day before the safari or stay in Arusha a few days after the safari, Bryson can organize a day trip for you. We took the Materuni Waterfall, Coffee Tour &amp; Kikuletwa Hot Springs trip and were satisfied. Justin and his friends in the Materuni Village are very funny guys, they performed a great "coffee-making-show" with nice singing. I enjoyed it (see photo)! Attention, waterfall: It's beautiful, but the hike there takes 45 minutes. In exchange, the Hot Springs were "pure relaxation", even if they are not really hot. The weather was already hot enough with 31 degrees, and a bath in the lukewarm water was good for us. And meanwhile our lunch, which was included in the trip, was ready. Thanks to our nice guide / driver Abouh, who took care of us that day and took us to the good Tulia Hotel &amp; Spa in Arusha in the evening. Thanks also to Freddy for the smooth transfer to the airport at the very end of the trip. The transfer was also organized by Bryson.

What can I say? It was my first safari and it was awesome! Our group consisted of 6 people and we harmonized very well together. Our guide Freddy was in a great mood and responded to our wishes in the best possible way. The food was absolutely delicious and varied. The accommodations (two lodges, one camping) were well chosen. We saw an incredible number of animals and everything was there except for the leopard (we saw two cheetahs hunting). All in all a brilliant tour. Book with Solestours and you won't regret it. :)

We were searching for a 7-days experience and chose the 6-day Tarangine-Serengeti-Ngorongoro-lake Manyara tour and an additional coffee-waterfall-hot spring day trip.

I made a lot of research myself before choosing Safari Soles, read reviews on different sites and asked lots of questions. I loved the balance of the company's good rating and reviews, budget-friendly price and the knowledge and support Bryson provided.

The tour exceeded our expectations. We saw lots of animals including the cats we wanted to see so much - many lions, a leopard, 2 serval cats and even a mother cheetah teaching her cubs to hunt! We also were lucky to catch endless herds of migrating wildebeest in Serengeti (were there on February 8-10) and saw how a baby zebra was born! We ever visited the Ndutu region where there were lots of animals and where budget safaris usually don't go.

Our dreadlocked guide Simba (David) was amazing - pleasant and cheerful, knowing all the animals and trained to spot them, telling stories when you want to hear them and just driving when you're tired. He had a cool playlist, drove well and made us feel welcome. Besides getting to know the nature and the animals, he made us a bit more familiar with the life and the people of Tanzania - so, we felt more like guests then like tourists, which we appreciated.

Our cook Shydia (not sure about the spelling) could do magic - he made restaurant food using a gas stove, some pans and the food we were carrying in the jeep. The cool food we had included pizza, lasagna, a fabulous banana-chocolate cake, and also nice curries and avocado salad! I've put on quite a lot of weight during the trip because the food was very delicious and there was a lot of it.

Although we booked the budget tour, the accommodation was cool. The basic but nice Arusha Tourist Inn, the Fig Tree lodge with a garden and a swimming pool, the Simba campsite at Ngorongoro with a beautiful huge tree in the middle and the lodge at Seronera with a campfire - all was cool. We expected to spend the two nights in Seronera at a campsite, but the upgrade to a lodge was a nice surprise.

The price for all this was quite low. Hard to imagine how many tour companies take several times more money, however, don't let you see more animals because you will see all the animals on a budget safari with a good guide. In case you're choosing the lowest price - consider that the 2-way airport transfer for the Arusha or Kili airport, accommodation for the nights before and after the safari, and all drinks including beer and wine are already included in the price.

As for those who are thinking about the length of the trip - for me the safari experience would be incomplete without the 2 nights in Serengeti and one night on the crater rim of Ngorongoro. The night in Mto Wa Mbu is necessary for the logistics and the Tarangine park is pleasant as well, with many elephants and baobab trees. So, 5 full days of safari seem minimum to me to get some knowledge of the region. If you have 6 days, I suggest adding the waterfall-coffee-hot spring tour - you will wee the beautiful nature of a different climate zone, see how many planks grow, have a chance to swim under a waterfall and soak in a nice hot spring, like the cenotes in Mexico. If you have 7 days - add lake Manyara, it was nice too, but the waterfall and hot spring were nicer.

Thank you, Simba, Bryson, Shydia and all Safari Soles stuff for our great holiday!

I loved the entire experience from the booking process with Bryson, to pick-up, to arriving in Arusha (the accommodation was good) and the Safari itself. This is a budget safari so you can’t expect to have luxury in a tent, but the facilities and especially the services were much above expectations. I loved how smooth everything went. We were always expected, never had to wait. The parks were great and we were lucky to see many species of animals including rhinos, cheetas, lions, but the trip would have not been complete without our guide, Freddy. He is a walking google or nat geo :)). Had an answer to any question, our entire group was super impressed! And the food, yummy, it was like a fine dining experience in a safari!! Well done, Tito!!! If i had to recommend something to future travellers, is to have thick clothes cause in Ngorongoro it gets really cold at night in a tent. And to put their fears aside as buffalos roam around the camp at night. I personally could not sleep for 4 hours in Ngorongoro cause of that but now i laugh about it. Next, get wet tissues with you, bug spray, sunscreen and a hat. Don’t pack many clothes cause they r not needed, travel as light as possible. This tour is great if you are on a lower budget but want to see as much as possible in a short time.

Three days private safari in Serengeti and Ngorongoro. It was the best experience ever. I saw many kinds of many animals. It was dreamlike days.
Three days was not enough for me. I wanted to stay in Serengeti for another day. I'm glad I chose Safari soles. Staff was very kind. Driver/guide always looked for animals seriously and respected our pace. And all the dishes cooked by the chef were good. I strongly recommend them.

No one concerned about covid in Tanzania. You can forget it altogether. I needed that kind of time.

Since my college days, I promised my mom I'd bring her to a local zoo not far from my university for a Safari experience. By the time I've graduated and driven my car back to our home state, the plan still hasn't materialized yet. Luckily,... 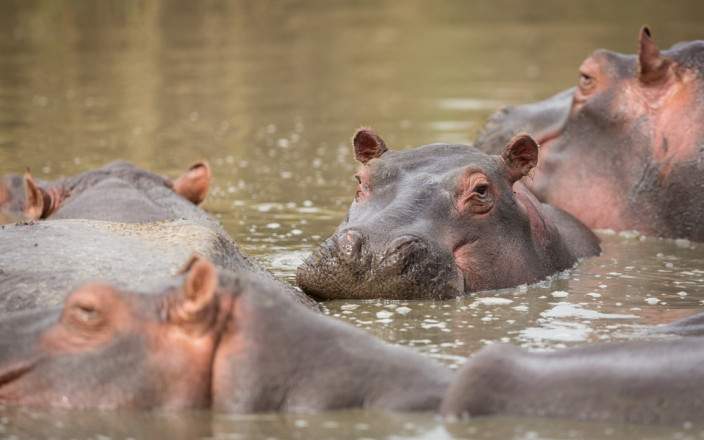