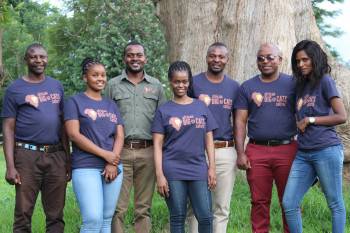 frican Big Cats has distinguished itself from the crowd for its commitment to excellent service and innovative itineraries. Our safaris are conducted with optimum care to provide our customers with a truly memorable experience. We strive to introduce you to the country, its culture, its people, as well as the wildlife. We have a closely knit team of professionals to guarantee your satisfaction.

Everything was just perfect
I don’t usually give a review but lodgi and African big cats deserve it.
I’m not an easy person and I always look for a high standard activity and places to stay and lodgi (our driven) hit them all.we spent the most incredible days in Arusha and Serengeti .
And we saw all we wanted during the safari (lions rhino buffalo girafe etc...,)
As a remote traveller's, our schedule was really tight and lodgi helped us to manage our safari and be always connected to our office .I didn’t even think that I will be possible.
Thanks again for this amazing dream

This was my first safari experience ! We spent 4 days in 3 different national parks and everything was wonderful and perfectly organised !
All agreements were fully implemented and more.

Our guide Lodi picked us up at our chosen location and took care of us the whole time. He made sure to meet all our expectations and much more. The trip was so exciting and smooth that it felt like a dream. Thanks to him, we had the chance to see all the animals (all the Big Five).

We could not have wished for a better guide and I can only recommend African Big Cats Safaris!

I took a six day trip with African Big Cat Safaris (ABCS) with my adult daughter and Sister in Law.

Our trip took a turn for the worse before we left Chicago because our first flight was delayed by three hours. This meant that we missed a connecting flight in Ethiopia that was scheduled to take us to Tanzania. We ended up spending the night in Ethiopia and arrived in Tanzania a day later than expected.

The original plan had been to meet our tour operator at the airport on arrival in Tanzania and then transit to a hotel to rest after our long flight.
I called African Big Cat Safaris and advised them of the delay. They agreed to meet us at the airport and immediately start our safari instead of going to a hotel. They saved us from losing a day of safari!

We met our guide, Endeni, at the airport and then went to the cultural center to meet Emmanuel and take care of payments.

I found Emmanuel to be very welcoming. He made it clear that he understood this was expected to be "a trip of a lifetime" and promised to do all he could to make sure it was a great trip. He did not disappoint! It was clear that the office was communicating with our guide during the trip and providing support.

We were in the middle of our trip when Endeni was contacted by the office and reminded that we needed to get a negative covid test to return home. I was enjoying the trip and had completely forgotten about the test, but ABCS was on top of things. They arranged for the test to be given at Serengeti National Park and took us there. We were on our way after about thirty minutes and were sent the result by email as we continued with our trip.

Endeni was a great guide. He educated us on the history of Tanzania, the flora and fauna, was a safe driver, friendly, always on time, and was very patient when we stopped for the hundredth time to take a picture of an elephant or zebra.

I was so impressed by Endeni that I asked him what training he had taken to be a tour guide. Prior to taking the trip, I thought that a guide was a local who was given a set of keys and a map with instructions to drive tourists around. I learned that he attended an 18 month college course to be a guide and was still taking classes to improve on his multi-lingual communication skills. It was very clear that he was a professional and was not hired simply because he was buddies with the right person.

The food and accommodations were very good. We stayed in tents on two nights and it was evident a lot of effort goes into keeping the lodging nice for visitors.

Our vehicle was the perfect size for our party of three, but could have easily fit one or two more. We never had to worry about charging our gadgets as there were plentiful USB ports. High voltage outlets were also available from the inverter, but were not needed. The mini fridge/cooler was also very nice and had plenty of soda and water.

The only thing that disappointed me about the trip was that I was not able to meet Justice. He was in contact with me prior to the trip and was very helpful with booking and answering questions. Unfortunately, he was assisting someone else when we arrived so we did not get to meet him in person.

There are probably over 100 tour operators in Arusha. Knowing which company to pick to keep you safe and provide a great trip can be very difficult. I highly recommend African Big Cat Safaris!

I went to a private safari tour for 6 days / 5 nights with African Big Cats Safaris in August 2021 and all I can say is that everything was perfectly planned and done from the first email they sent me to the last minute of the last day.
Before choosing African Big Cats, I have sent emails to a dozen companies explaining my specific needs in terms of itinerary and accommodations for the trip and African Big Cats were not only one of the fastest to reply but more importantly the one whom really customized their response in order to fit my needs.
They provided us with an amazing, nice and very experienced guide who was able to spot all the animals on the blink of an eye while educating us with a perfect english about the savanna environment and the trip was perfectly timed and executed without any single mistake.

I would recommend this company to anyone looking for the best and more unique safari experience and I would also recommend you to ask for Ndeni as your guide as he is as charming and nice as efficient to spot the animals !!

We have done a 6 days safari at Tarangire, Ngorongoro, Serengeti and Manyara national Park. African Big Cats Safari has prepared us an outstansing experience with some greats places to sleep in the middle of wild big cats. Thanks to the significant experience of our guide, Loradgard, who was always concerned about our satisfaction, we have seen incredible thinks like the BIG 5 and even more (group of lions eating or hunting, 5 cheetahs eating, hyenas, babies lions ans babies cheetahs and even a leopard at less than 2 meters!). He will share with you his love of animal and knowledge with always a smile. Loradgard was always flexible in order to permit us seeing a lot of thinks from animals to landscapes. That's a big reason why this experience was far above our expectations. Thank you guys for making this travel as a dream! We definitely recommend that company at 100 %. ASANTE SANA.

My wife and I had been on one previous safari vacation and were looking forward to further explorations In Africa. We are so pleased that we discovered African Big Cats to organize and conduct our recent safari trip. Our guide, Goodluck,... 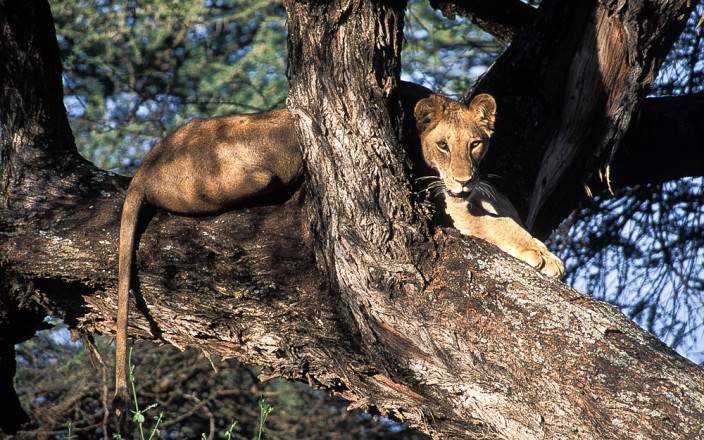