This Tour Is Offered by Karibu Safaris In Kenya 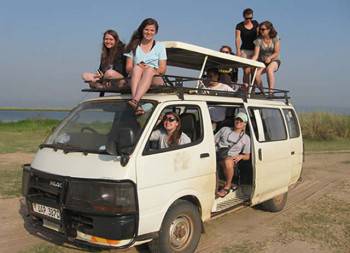 Robert was responsive and staff friendly but............. NOT an overall great experience - Sadly

Robert was very responsive. In fact, I contacted a few companies and thought that I was working with Robert for a couple of weeks to find out that it was another company. A couple of days before I thought I was going on Safari, I found out from the other company that it wasn't Karibu and didn't think I would have a chance to go on a safari last minute. I called Robert and he said he needed to call me back to see if it was still possible. I was then confirmed for a 7 day safari that was to start in Masai Mara and then go to Amboseli as the last park. He also said that I could pay in Shillings since I did not have USD. (I was on a working visa and had been in the country for 3 months, so only had Shillings)

I was greeted a few days later by a driver who was picking me and taking me to the office to start my safari. I didn't think any of it. Got to the office and signed my paperwork and paid. Was brought downstairs and put in the same low rider vehicle that the driver picked me up in. I just thought the driver was taking me to the place were the Open top Vans or jeeps were going to be. After the driver started to drive out of town, I questioned him on the vehicle and he said no that it was just me and him and in the car. He then said, instead of going to Masai Mara, we were going to go to Amboseli first and go backward because the car can't be driven in Masai Mara. I told him that I was not happy and didn't think this was going to work. He said that even with a car, It wouldn't be an issue getting great pictures in Amboseli. After trying to contact the office and not getting through, I felt I had no choice and agreed. SADLY, not true.

Don't get me wrong, the driver was a GREAT guy...... and due to CoronoVirus and the country shutting the borders and airports down, I had to leave after the first full day. Karibu did give me a partial refund (only for 4 days of park fees - about 200) but I was hoping for more due to the fact that I was in a car that was so low, the undercarriage of the car came off and we couldn't go that far into the park because it would flood out or scrap. Plus trying to take pictures so low in this car with tinted windows was a nightmare. I only got one day and it really didn't give me the happy experience I was looking for. When I got home aside from the photos on the hilltop from lunch, they were not great!!!! Not from my cell phone or borrowed camera.

I took pictures of the car but it doesn't allow me to add them onto this review sadly. You will see what a disaster of a car it was for a safari.

Like I said Robert was nice and replied back quickly and Raymond the driver in the car was nice and felt bad. The staff at the tented camp was great too.....

If it wasn't for the LOW RIDER CAR, and the fact that they didn't refund me in full the money for the other 5 days, I think this company might have been fine which is the reason why I gave them 2 stars. I feel bad for rating so low but it just wasn't practical putting someone so low in a car with dirty tinted windows for a safari after they confirm via email that the vehicle was an open-top Van. I honestly would have rather not even gone and saved myself a lot of money.

Exellent safari with Karibu and thanks to Castro ....

Very reliable. It is not a big company, but they personalize your safari as you want with profedonal Guide Castro

We got to know it by one friend who had experienced them 2 years ago. Robert answered my email promptly and we built all the safari days together. Sometimes even by whatsapp calls. At the end, we got a very good plan, in a reasonable price for my family of 4. Robert suggested us some good tips and was very helpful. Our guide Castro was there to meet us at the hotel as arranged and he was really an excellent profissional. His knowledge about the region and the animals was very important to our visit. We had a wonderful week together and I do suggest him to anyone looking for safari adventures. More than that, at the end we realised it worked out to a good friendship Castro is the man

The experience was fantàstic and your drivers (Edward and James) were excel·lent in all.

The organisation was good, we didn't have any problem. We (all the group, 13 members) are very satisfied and we would repeat the experience with you. Congratulations.

Everything is very organized，carefully look after us, very patient to us .co

Everything is good.if they can provide water on the safari is better.

Other Safaris & Tours12  – Offered by Karibu Safaris In Kenya

We had a 4 day safari in Masai Mara and lake Nakuru. We had a minivan with pop up roof. James was a great guide who enjoyed his job and was good in spotting the animals. We saw a lot of animals thanks to him. He also helped us a lot with... 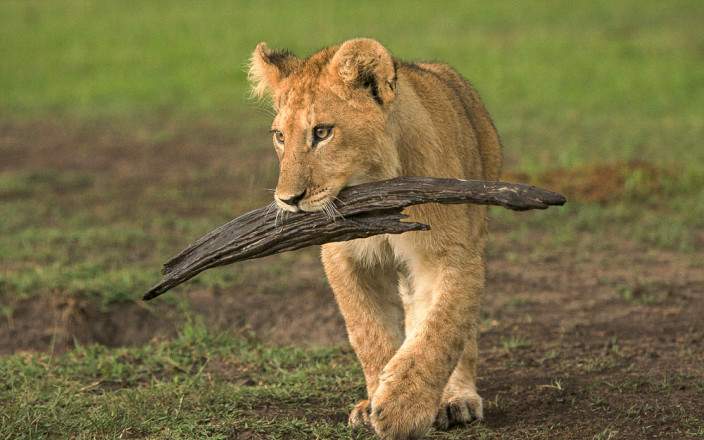