Ruaha is hot and dry. Temperatures don't vary much throughout the year. The warmest months are October to March, and the coolest are June to August.

The Dry season occurs from May to October. Ruaha has one extended Wet season from November to April. Afternoon thunderstorms are common, but it is unusual for rainfall to last throughout the day. 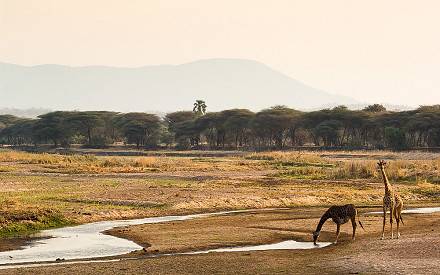