Tsavo West NP has a climate characterized by hot and dry conditions. During the day, expect temperatures around 29°C/84°F, while 18°C/64°F is typical at night. Cool mornings mean warm clothing is a good idea for early game drives. Rainfall peaks in April and November.

The coolest months are full of sunshine, but very little rain. Warm clothing is necessary for open vehicle game drives.

The ‘short rains’ followed by the ‘long rains’ comprise the Wet season. In between these two wetter periods is a drier stretch which falls in the months of January and February. 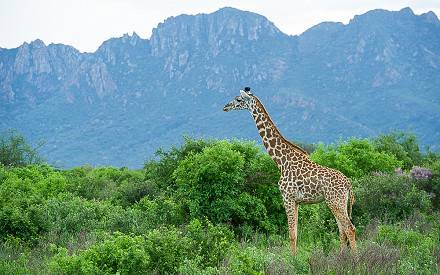