A wide variety of animals – including giraffe, lion and leopard – have access to the park from surrounding areas. Elephant and buffalo are common on the banks of the Zambezi River. The river is teeming with hippo and crocodile while the park has a good number of resident antelopes, including waterbuck and bushbuck.

Wild dog occur in the park and the best time to see them is between May and August, which is their denning season. The majestic sable antelope can sometimes by spotted in the south of the park, as can eland. Chacma baboon can be found sitting in palm trees next to the river, and keep a look out for the colonies of banded mongoose which scurry around the undergrowth.

The middle and end of the Dry season (from July to October) is the best time for wildlife viewing in the park. Wildlife is easier to spot because vegetation is thinner and animals gather around the Zambezi River. Victoria Falls is at its best from May to September. 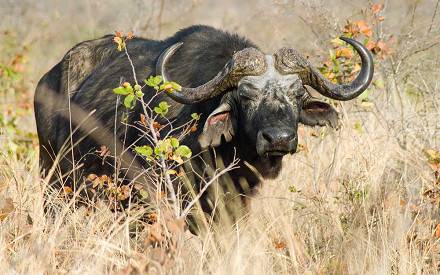