Conditions in Amboseli NP are hot and dry. Rain typically falls as short, heavy showers. During the day expect average temperatures of around 28°C/82°F and 15°C/59°F at night. Early morning activities, such as game drives, require warm clothing. The ‘long rains’ usually fall from mid-March to mid-May while the ‘short rains’ are from late October to mid-December.

These are the coolest months and typically have bright, sunny days. It is very dry with practically no rain.

The Wet season is marked by the ‘short rains’ followed by the ‘long rains’. January and February is a drier interlude. Driving can be a challenge in April and May when rains cause road conditions to deteriorate. 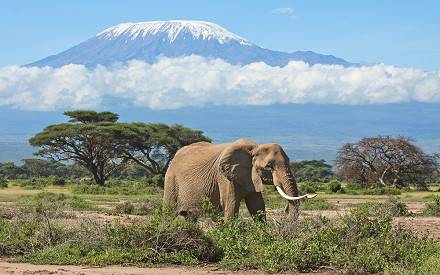