Masai Mara vs Serengeti – Which Park Should You Choose?

Serengeti vs Masai Mara; which is best for an African Safari? There is no better or worse when it comes to Kenya’s Masai Mara National Reserve and Tanzania’s Serengeti National Park. These two world-famous safari destinations form part of the same cross-border ecosystem, and have much in common when it comes to landscapes and wildlife. But there are differences too. Which reserve suits you better will depend not only on your preferences and priorities, but also on the time of year when you visit. To figure out where you should go on safari, read on for the main points of comparison. 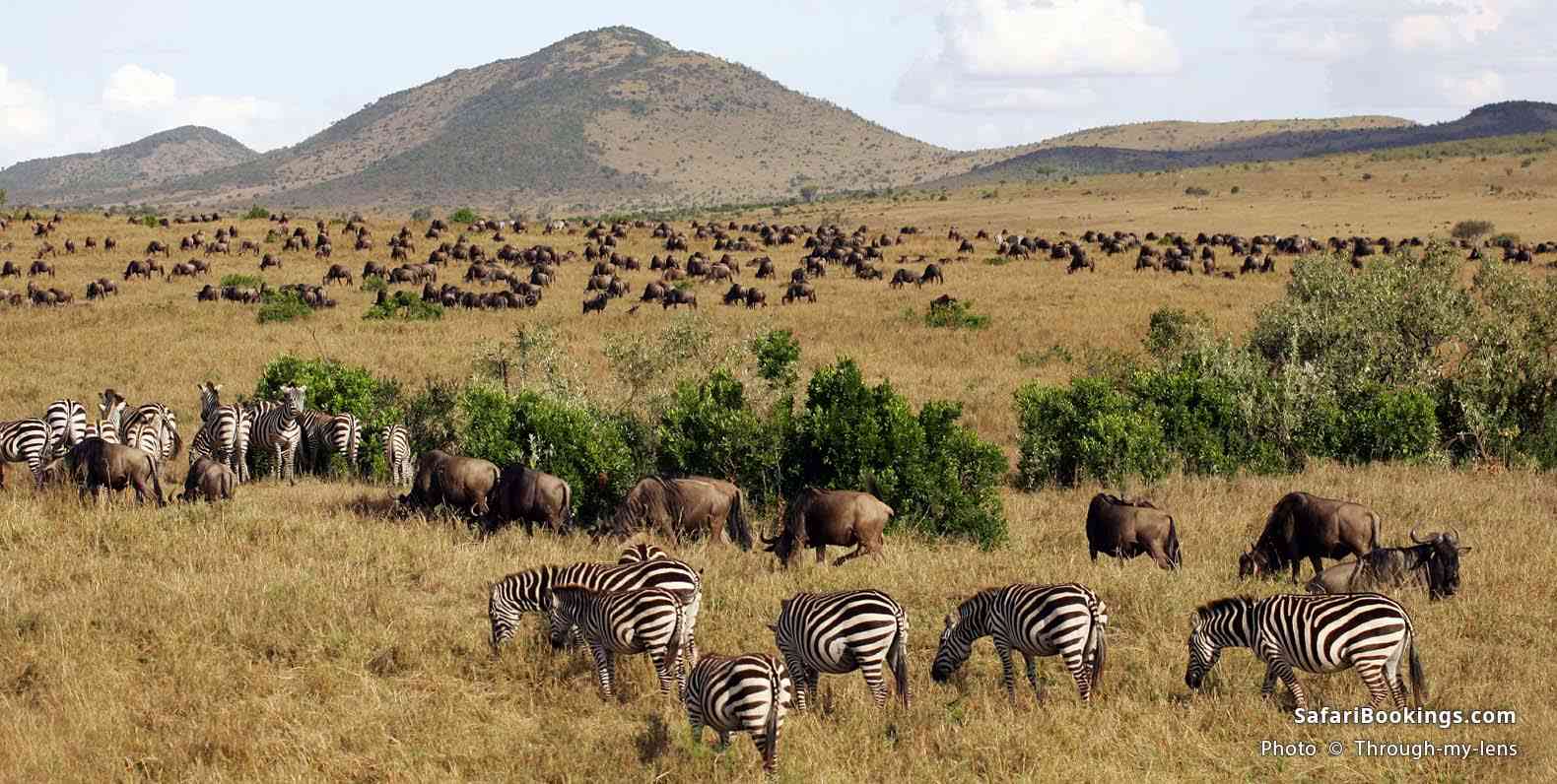 While the Masai Mara and Serengeti are two main components in the greater Mara-Serengeti ecosystem, their landscapes are not identical. For one, they are very different in size. The Serengeti, at 14,760km²/5,700mi², is huge, while the Masai Mara, at 1,510km²/585mi², is very small in comparison. The Serengeti is dominated by open grassland, but it also protects a great range of other habitats, such as kopjes (rocky outcrops), evergreen riverine forest and deciduous woodland. As you travel from south to north in the Serengeti, the landscapes change. The terrain gradually becomes more hilly and wooded as you reach the Northern Serengeti and ultimately the Masai Mara. 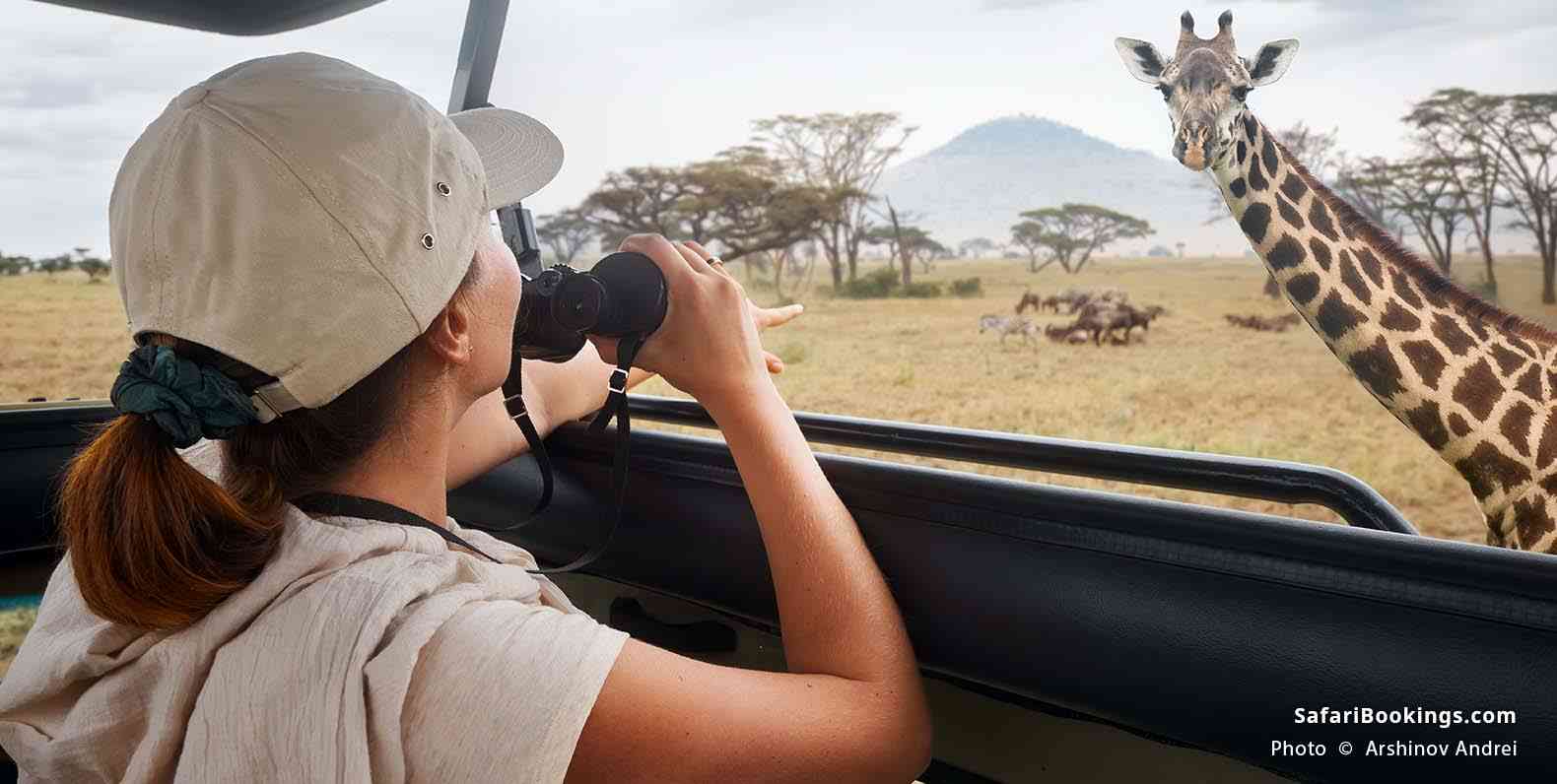 Both the Masai Mara and Serengeti offer incredible wildlife viewing. They are best known for the wildebeest migration that moves between Tanzania and Kenya on a seasonal basis. But there’s plenty of resident wildlife too. Both parks are Big Five destinations that reliably deliver good sightings of lion, leopard, buffalo and elephant – as well as cheetah, giraffe and plenty of other animals. Rhinos are scarce throughout the ecosystem, but are far more likely to be seen in the Masai Mara. Especially in the western section known as the Mara Triangle, where you have an excellent chance of encountering one of these heavyweights.

The smaller size of the Mara and higher concentration of hotels and lodges make it more difficult to get away from the crowds than is the case in the Serengeti. That said, the greater number of vehicles out on game drives in the Mara does add up to more shared sightings, which makes wildlife viewing easier. 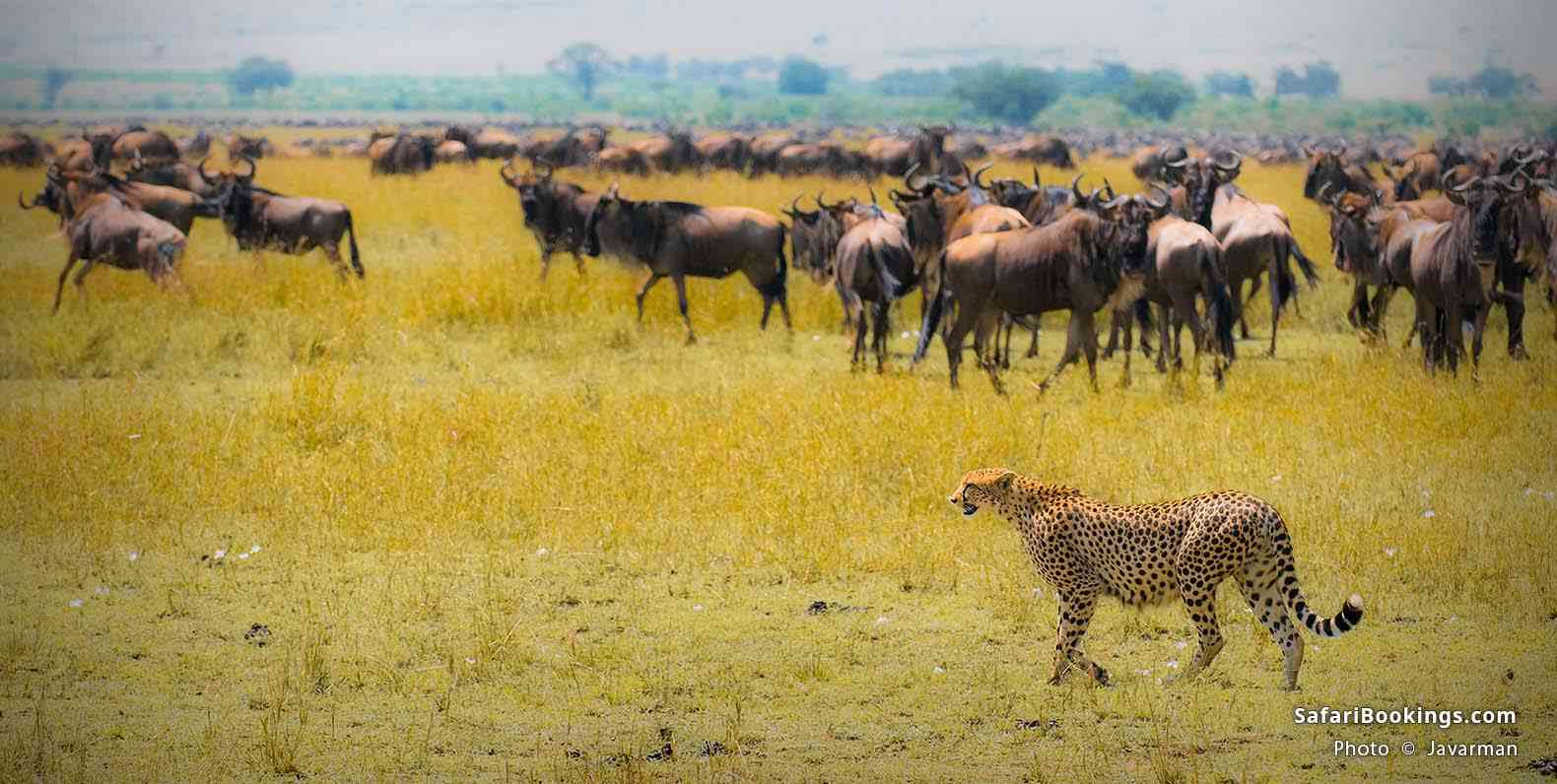 Generally a good time to visit either park is in the driest months from about June to October. This is when animals are drawn to available water sources, such as rivers and waterholes. As the Dry season progresses the vegetation shrivels away, which makes wildlife viewing easier – especially the predators, which can sometimes be difficult to spot when the grass is high. However the best time to see the wildebeest migration is different in the Serengeti and the Masai Mara. The exact timing depends on rainfall, but you have a good chance of seeing the migration in the Serengeti from January to September. The best time to see the migration in the Masai Mara is from September to October. 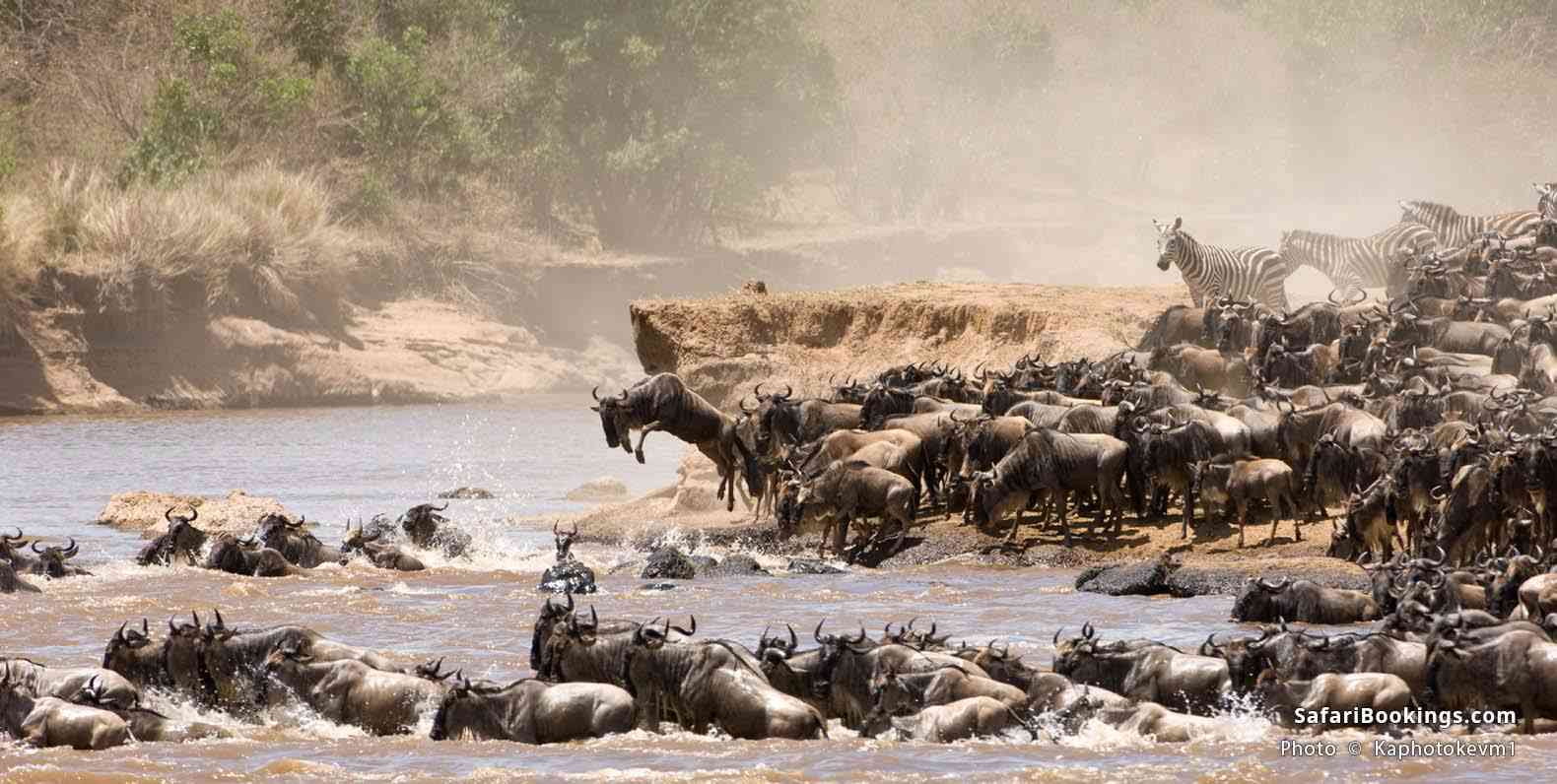 The circular annual migration of more than 2 million grazers (mostly wildebeest, but also zebras and gazelles) is one of Africa’s most impressive wildlife spectacles. No wonder many visitors like to time their East Africa visit to witness it. Due to the larger size of the Serengeti, the great migration is in the Serengeti longer than in the Masai Mara.

January and February are a great time for a safari in the Southern Serengeti. This is where the wildebeest interrupt their migration to give birth. At the peak of the calving season, thousands of calves are born here daily and this attracts lots of predators. Towards the end of April, when the calves are strong enough to start their first migration, the wildebeest and their entourage start moving north in long, noisy columns. Around June to July they cross the Grumeti River in the Serengeti’s Western Corridor – another migration highlight. The survivors continue north to reach the Mara River around August. This river crossing, possibly the most exciting moment of the great migration, can be witnessed from the Serengeti and the Masai Mara sides of the ecosystem. Once all the wildebeest have crossed over, they spend about two months in the Mara before heading south again towards the Southern Serengeti. 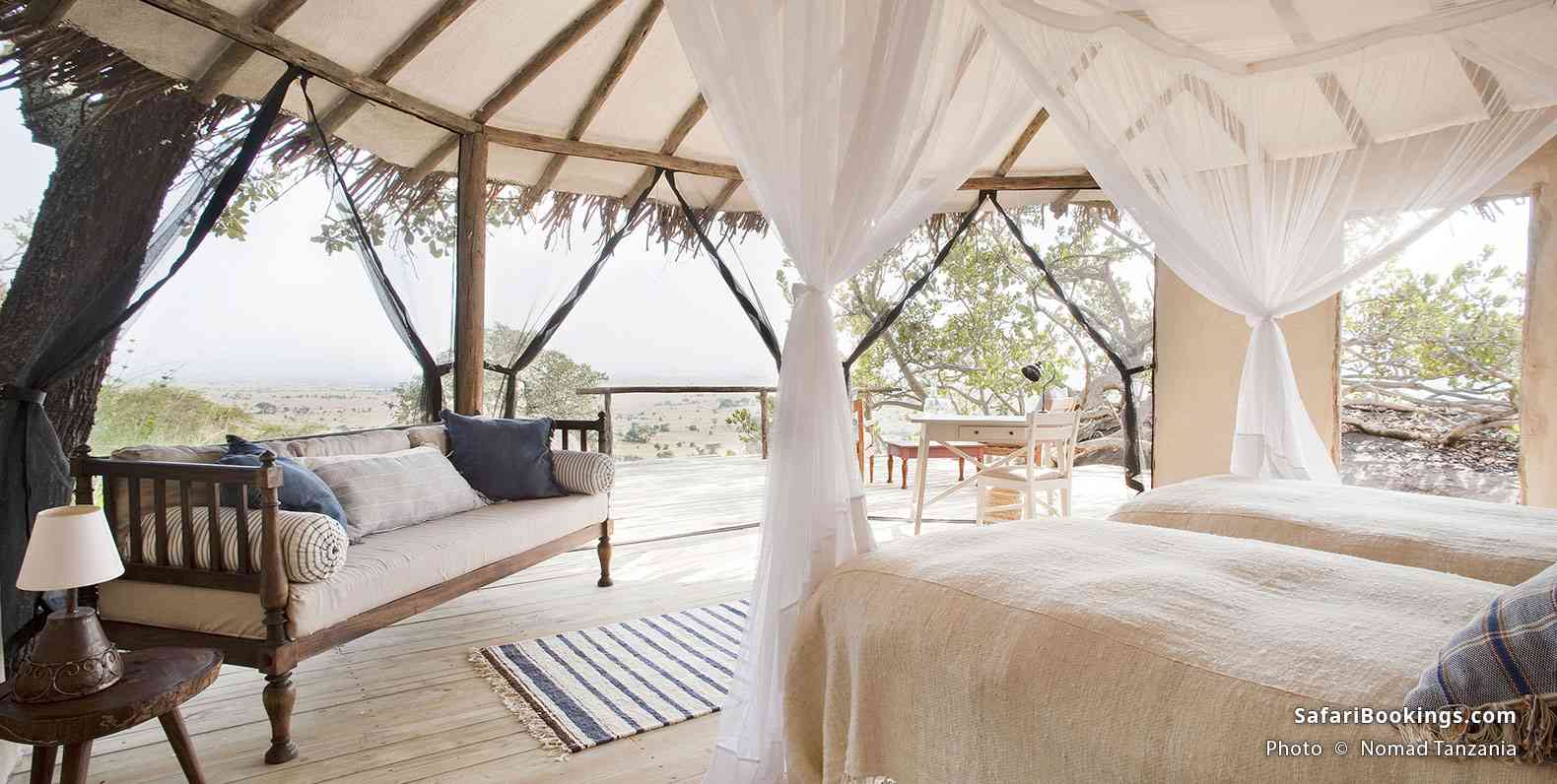 Both the Serengeti and the Masai Mara have a big variety of accommodation to suit different people. Accommodation styles include tented camps (both budget and high-end exclusive), rustic small lodges and bigger chain hotels/resorts. Tented camps are especially popular. These can be fully furnished units with canvas walls, or no-frills standing tents with twin beds and not much more. Many top lodges try to blend into the environment and are surprisingly down-to-earth. They might not offer much in terms of mod cons. Instead they aim to be ecofriendly, offering an exclusive experience with great service, food and guiding.
Even more basic but highly exclusive are mobile camps. These temporary camps follow the migration without leaving any footprint.

Although every level of accommodation is available in both parks, the Serengeti has perhaps the biggest selection of small upmarket lodgings. The Masai Mara has a few more mid-range options, as well as a lot of budget accommodation just outside the reserve. Camping trips to the Serengeti usually stay inside the park, as opposed to budget camping trips to the Masai Mara, which mostly stay outside the reserve. 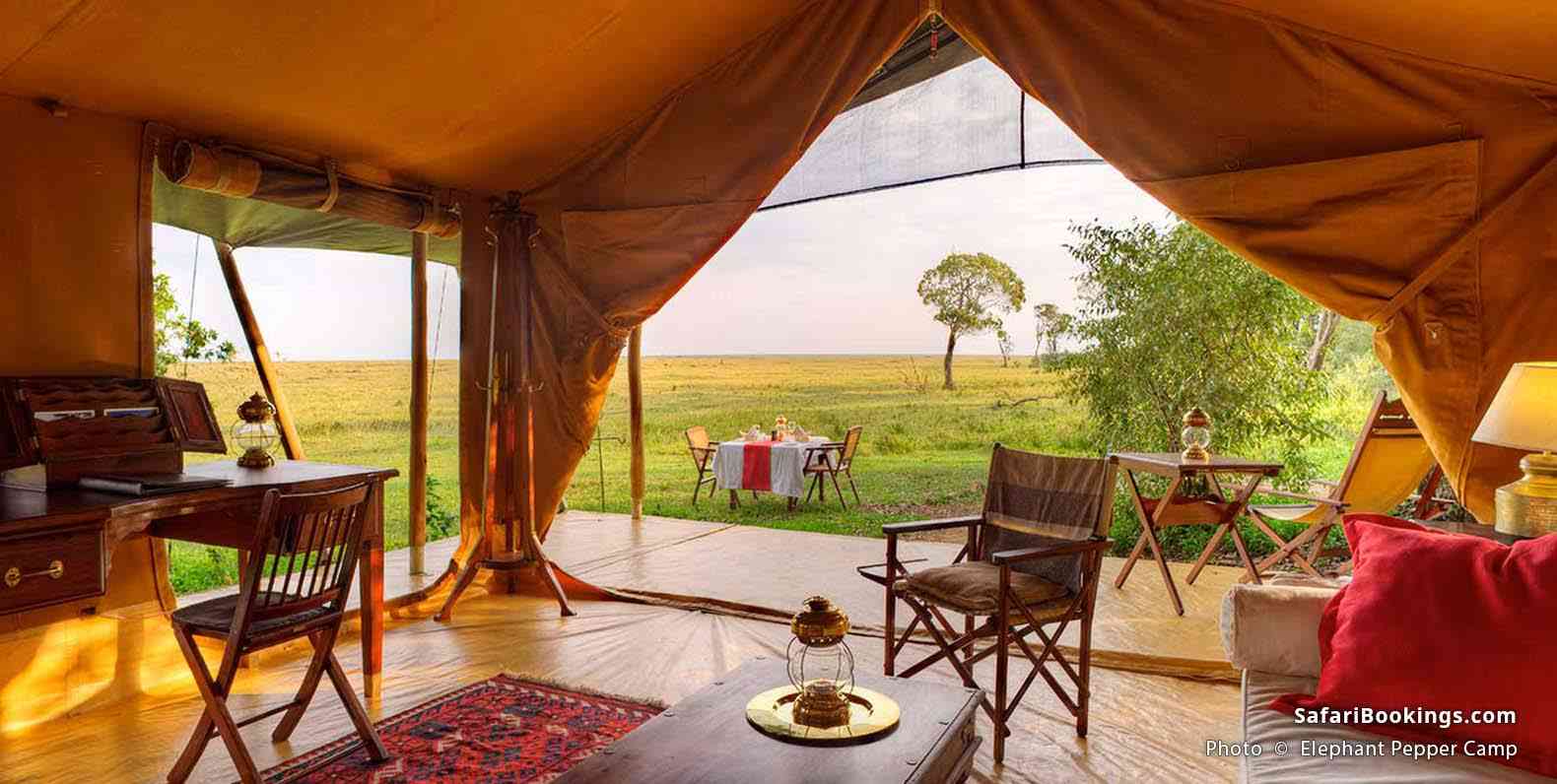 A safari in the Masai Mara is generally cheaper than in the Serengeti. For a start there are more budget-friendly accommodation options in the Mara than in the Serengeti, many of them outside the reserve. Due to the size of the Serengeti and the fact that the main entry point is through the Ngorongoro Conservation Area, staying outside the Serengeti and entering the park for day visits is not a viable option. Well-priced accommodation options inside the Masai Mara are mostly clustered together on the eastern side of the reserve, which can make the experience quite crowded, especially in peak season. You’ll generally pay a bit more when staying on the quieter western side and the central plains of the Masai Mara. To really get away from the crowds you should consider staying in one of the private conservancies north of the national reserve. When looking at these options, a safari in the Mara and the Serengeti are comparable in price.

Masai Mara vs Serengeti Comparison 7: Getting There 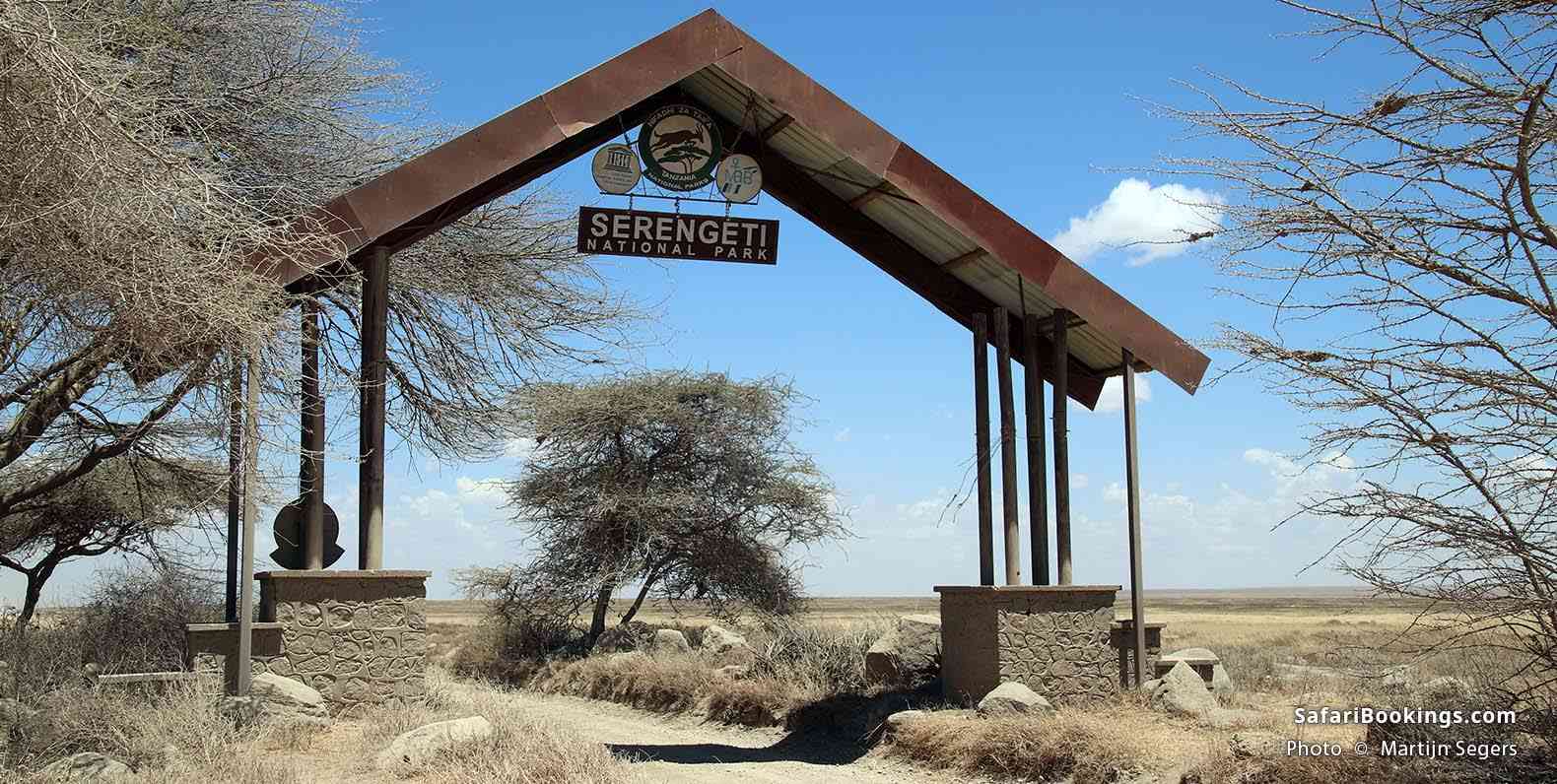 Getting to the Masai Mara or the Serengeti is quite straightforward.

The Masai Mara is usually visited from Nairobi, one of the biggest transport hubs in Africa. There are lots of flights from Europe and North America at competitive prices to Nairobi, from where a scheduled flight to the Masai Mara takes less than an hour. There are also regular flights to the Masai Mara from Mombasa and most other Kenyan safari destinations. By road, the drive from Nairobi takes about five to six hours.

The gateway to the Serengeti is Arusha. This is serviced by Kilimanjaro International Airport (all international and some domestic flights) and the smaller Arusha Airport (domestic flights only). Although it is possible to fly in and out of the Serengeti from Arusha, road safaris covering the Northern safari circuit are popular too. The drive from Arusha takes you through the Ngorongoro Conservation Area with the option of visiting the Ngorongoro Crater. Other parks that can be visited on the same circuit include Lake Manyara and Tarangire National Parks.