Africa is home to dozens – make that hundreds – of national parks, game reserves and other safari destinations. Every last one of them has something to offer, whether it be a cast of charismatic large mammals dominated by the Big Five, the opportunity to track gorillas or chimpanzees, or more subtle pleasures such as looking for rare birds or colourful butterflies.

But for first-time visitors wondering exactly where to go, the highlights below stand out as perhaps the ten best places to visit in Africa. 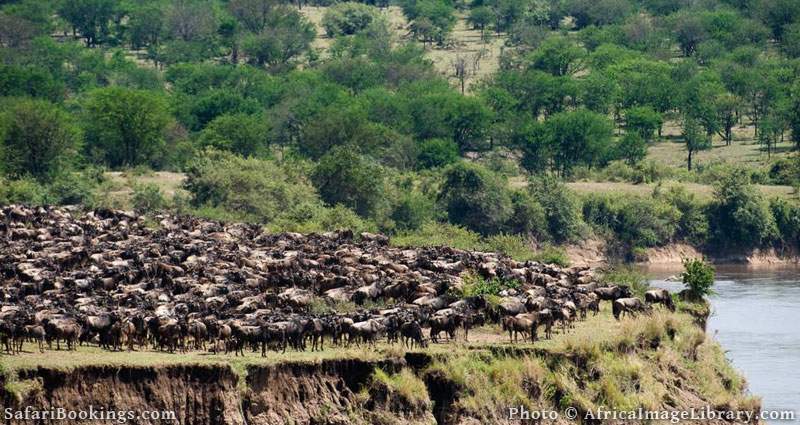 Topping many safarigoers’ list of best places to visit in Africa, the Serengeti is Tanzania’s oldest and largest national park. It is inscribed as a UNESCO World Heritage Site largely on account of hosting the world’s most spectacular annual wildlife migration, comprising up to two million wildebeest, as well as tens of thousands of zebra. The expansive plains host Africa’s largest lion population, estimated at 3,000 individuals. It is probably the most reliable place in East Africa for cheetah, while leopards are regularly observed in the central Seronera Valley. Other common wildlife includes elephant, buffalo, giraffe, spotted hyena, bat-eared fox and a wide variety of antelope. 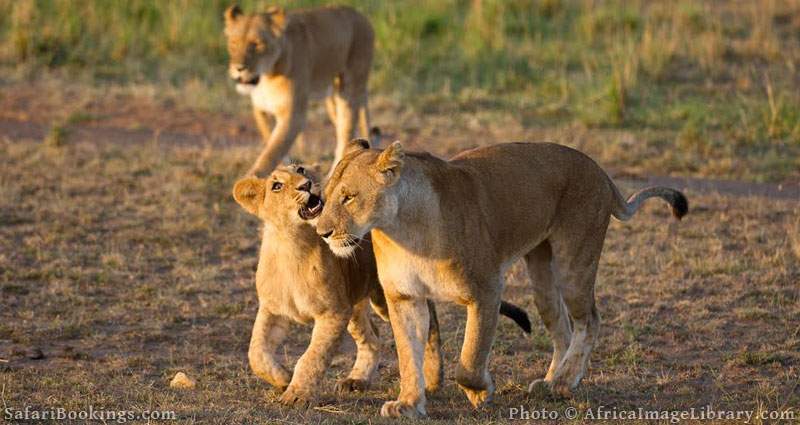 Essentially the Kenyan counterpart to the Serengeti, the smaller Masai Mara is equally rewarding when it comes to game viewing. Big cats are the star residents. Prides of up to 20 lions hog the spotlight, but it is also a very good place to see cheetah and leopard, along with elephant, buffalo, giraffe and – with a bit more luck – black rhino. The Masai Mara comes into its own over late July to early October, when hundreds of thousands of wildebeest arrive from the Serengeti to cross the Mara River, the most spectacular part of the annual migration. 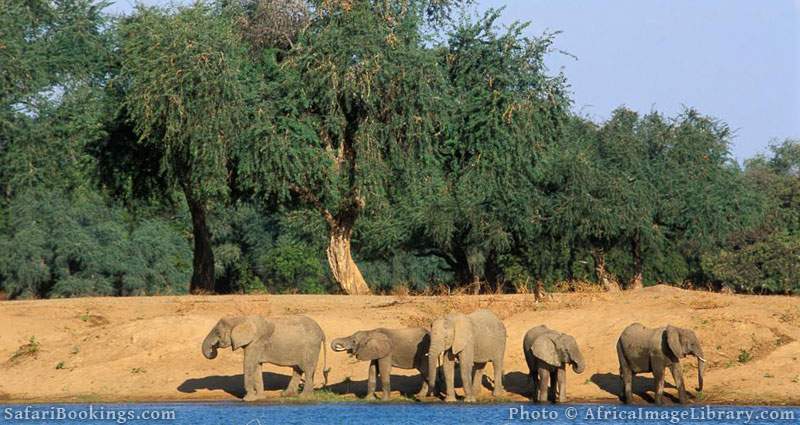 Mana Pools is one of the best places to travel in Africa for the adventurous. It is definitely where to go if you are looking for a safari destination that places no restriction on unguided and guided walking. Better still, it offers the thrilling opportunity to canoe through one of Africa’s most pristine wilderness wetlands in the form of the forest-fringed Zambezi River and a network of associated pools. Whether you paddle or walk, expect to see an abundance of elephants, hippos, buffalos, crocodiles and water-associated birds, It also harbours healthy populations of lion and leopard. 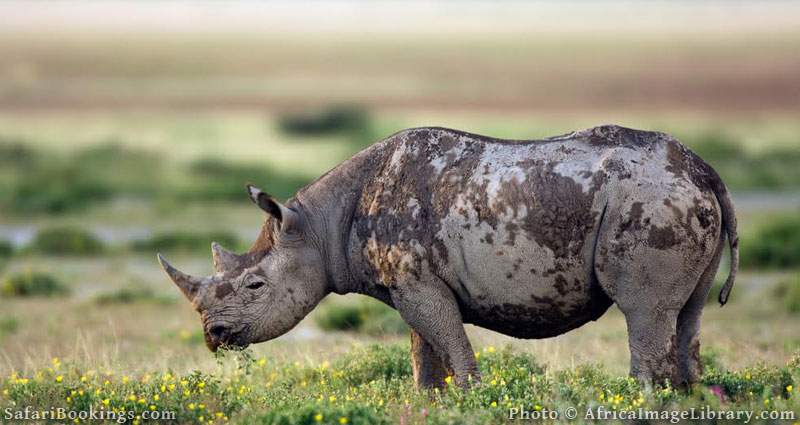 Namibia’s flagship reserve, Etosha is dominated by the vast, saline and normally dry pan for which it is named. The pan is lined by a series of perennial waterholes – some floodlit at night – that attract large herds of antelope, giraffe and other grazers during the dry season. It is also one of the more reliable parks in Africa for black rhino, which occur here alongside lion, leopard and elephant but not buffalo. Etosha is unusually well geared towards self-drive safaris. 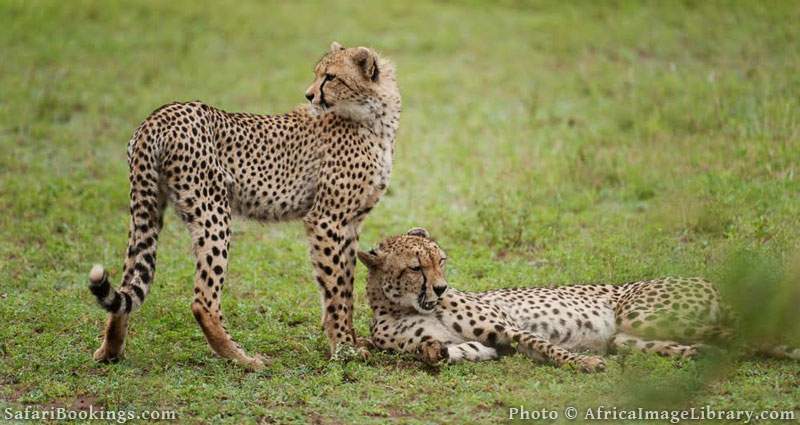 One of the best places to visit in Africa for a self-drive safari, the incomprehensibly vast Kruger National Park would require at least two weeks to explore in its entirely. Most people focus on the south, due to its proximity to Johannesburg, but the more remote north is where to go if you want to get off the beaten track. Kruger supports 147 mammal species, the most of any African national park, including prodigious populations of all the Big Five, together with cheetah, hippo, zebra, giraffe, warthog, baboon and 20-plus antelope species. It is also home to 517 bird species. 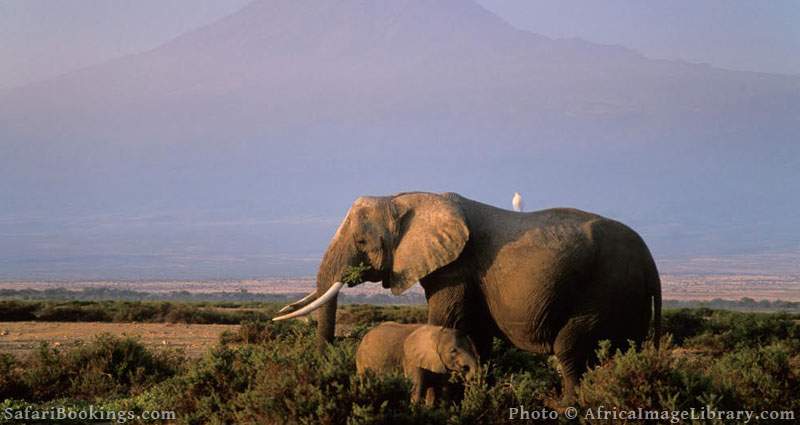 The world’s tallest freestanding mountain and heftiest terrestrial mammal are the key attractions of Amboseli National Park. It is from here that one obtains the most inspiring views of snow-capped Kilimanjaro as it towers above the animal-rich plains of East Africa. Amboseli hosts the world’s longest-running elephant study, established in 1975, and it is the one of the best places to visit in Africa to see interaction between elephants, which are unusually well habituated and impressively tusked here. It is also a great birding destination thanks to its combination of seasonal marshes and semi-arid acacia savannah. 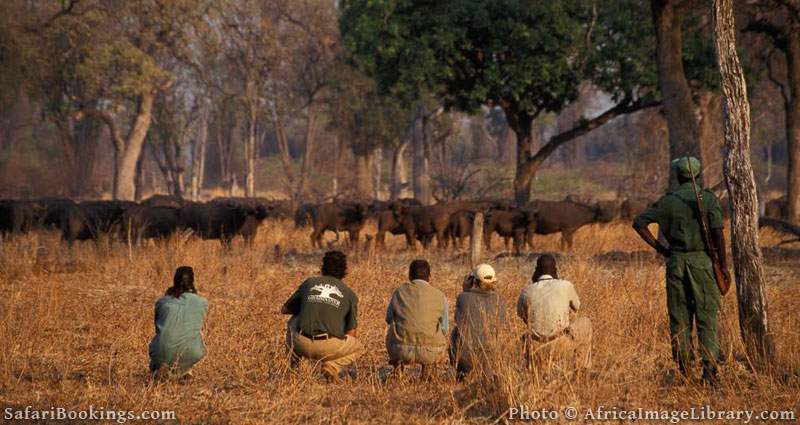 One of the best places to travel in Africa for a gritty walking safari, South Luangwa National Park is also renowned for its excellent night drives. Most lodges here offer expertly guided game walks, but the real deal is a multi-day trek between semi-permanent fly camps, soaking up the sights and scents of the bush without the distraction of a running engine. Although rhinos are absent, this is otherwise an excellent Big Five Reserve, and it comes with an especially high chance of intimate leopard sightings. 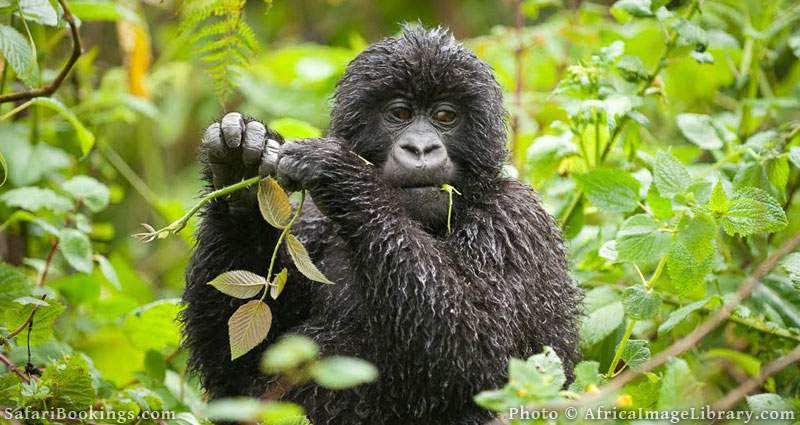 In two words: mountain gorillas. This lushly forested Ugandan national park is one of the best places to visit in Africa if you want to see these gentle giants – the world’s largest primate, weighing in at up to 200kg – in their misty mountain homes. Staring into the liquid brown eyes of a giant silverback is undoubtedly the highlight of almost all visits to Bwindi. But it is also an excellent place to see forest dwellers such as yellow-backed duiker, L’Hoest’s monkey and a full 23 bird species endemic to the Albertine Rift, among them the gorgeous African green broadbill 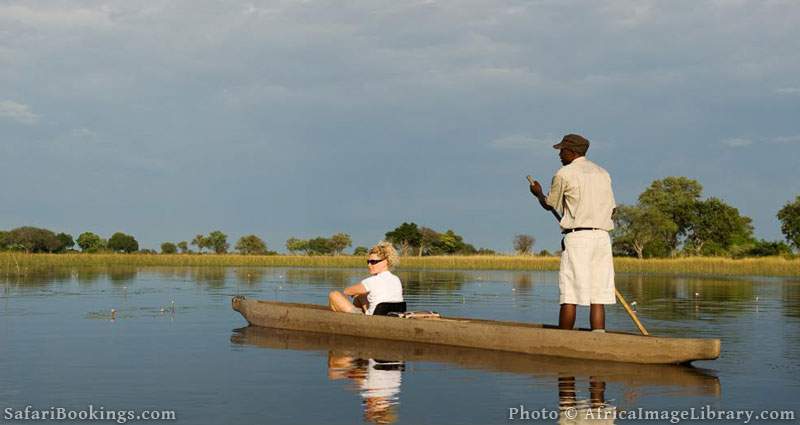 The vast inland delta created by the Kavango River as is sinks into the sands of the Kalahari Desert ranks among the best places to visit in Africa for close encounters with hippos, crocodiles and other aquatic wildlife. Most alluringly explored in a professionally-poled mokoro dugout canoe, it is also home to plenty of elephant and smaller numbers of lion and leopard, but the real attraction is the delta’s primal sense of place. 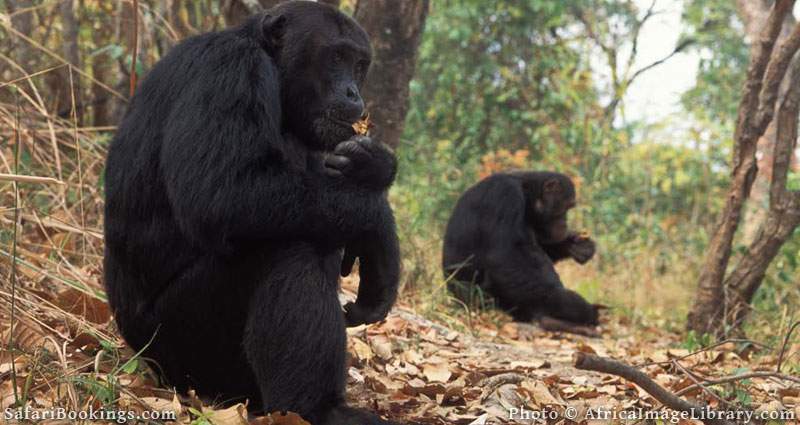 One of the most remote parks in East Africa, Mahale protects a stretch of jungle-draped Rift Valley escarpment verging on the staggeringly beautiful Lake Tanganyika. Home to 800 chimpanzees, it is one of the best places to visit in Africa if you want to get close to man’s closest living relative in the wild. The chimpanzees of Mahale were habituated by Japanese researchers in the 1960s, and are so relaxed that is isn’t unusual to have a full-grown adult brush casually past, only a few inches away from you. Other primate and birds are also well represented, and the setting is absolutely sublime.

SafariBookings is the largest online marketplace for African safari tours. Easily compare offers from 3,636 top rated tour operators. Make decisions like a pro by using and guides.
More About Us