The climate in Ifotaka Forest is hot and quite dry. There is however a Wet season from November to March. This is also the hottest time of the year with an average maximum day temperature of around 27°C/81°F. The cooler Dry season months from April to October are more comfortable.

Rain is rare and the average maximum day temperature is around 23°C/73°F in the Dry season. The humidity is low and conditions are overall very comfortable. Evenings and early mornings are cool with an average temperature of 13°C/55°F.

It is hot and humid in the Wet season. It rains on a regular basis and roads might become impassable. Daytime temperatures average at 27°C/81°F. 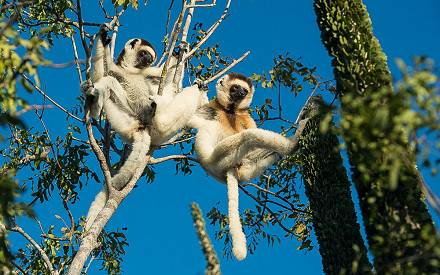