Matusadona has a warm to hot climate. September to April makes up the warmest weather, while colder weather is present from May to August. Variations in climate take place due to the changing altitudes (from 486 to 1,274m/1,594 to 4,180ft) inside the park. As altitude increases, temperatures fall by about 6.5°C for every 1,000m you climb (or 3.5°F per 1,000ft).

Sunshine often follows the afternoon rains that take place during the Wet season, from November to March, although a succession of drizzly days can also be typical. The opposite is true for the Dry season (April to October) when bright, sunlit skies are normal. Winter and summer are at opposite times of Europe and North America and correspond to the Wet and Dry seasons. 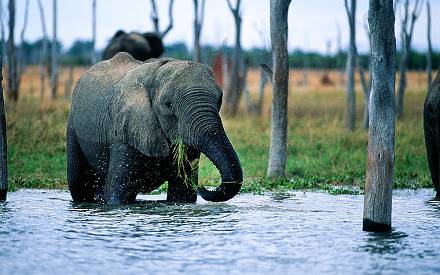