Nosy Mangabe’s climate is wet and tropical. Humidity is high throughout the year, but the period from August to November is a bit drier. Nosy Mangabe, like the rest of the east coast, is prone to torrential rains and cyclones and February and March see the worst of these conditions. Waterproof clothing is essential.

It is cooler than in the Wet season and the overall humidity is lower as well. It still rains quite frequently, but downpours are less heavy. Daytime temperatures are around 25°C/77°F.

It is very hot and humid throughout the Wet season months. It rains often and waterproof clothing is essential. Daytime temperatures average at 29°C/84°F but peak temperatures are often higher. 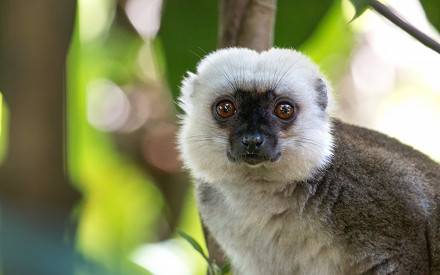