This Tour Is Offered by Benson Safaris Tanzania

Benson Safaris Tanzania is a TALA Licenced Tour Operator & experts in the safari industry, specialising in wildlife safaris, mountain treks & beach breaks. Their all-inclusive itineraries are rich in culture & content, offering an unrivaled choice of activities & cultural highlights plus once in a lifetime experiences at exceptional value. There are no surprises, except for the good ones! They are a proud member of the Tanzanian Associated of Tour Operators, the Tanzania Tourist Board and IGS.

My husband and I went on an 11 day safari with Benson Safaris. We had a fabulous time! For my first contact with the Benson company to the very last, they were friendly, warm, competent, and professional. We were very well taken care of and never felt unsafe, even though at times we were 5 feet away from Lions. The hotels and tent camps they chose were wonderful. Best of all was our guide, Amini. He did a fabulous job and took great care of us. We had a lot of fun with him and he kept us organized and moving ahead. We saw more animals and then we could even imagine! This is a wonderful company and I highly recommend them. I think that if you choose the Benson company, you will be very happy!

We stayed 8 days and 7 nights with the Benson team. Our guide Joshua had extensive knowledge of the routes, animals, good direction, really knew what he was doing. It was an unforgettable trip, everything went as planned.

For my first contact with Benson Safaris, we were met with a friendly, competent, responsive and organized company. Our driver/guide, Amini, was the best. He kept us on track I made sure we saw as many animals as possible, and we saw a huge amount. We always felt safe and taken care of and enjoyed his amiable personality and his knowledge about wildlife. Benson and Pendo in the office were also delightful. This company wants to make sure that you have the best possible time in Tanzania and I think they met that goal!

Excellent service throughout the entire process ending with an amazing safari-experience.

Very informative quote and excellent service overall. Very nice administrativ staff with swift responses regarding questions.
Knowledgeable and nice guide with very good driving skills, never got stuck once but helped several who did.
Excellent accomodation in both Arusha and the tented camp in Serengeti. Very good boxed lunches, got treated to fresh pineapple in Ngorogoro-lunch from another Benson-driver and excellent dinners.
We got to see everything from a dung beetle to lions taking down a waterbuffalo in Ngorogoro. We got to see the big five!
Highly recommend going on safari with Benson Safaris!

From the beginning, Pendo at Benson did an outstanding job communicating with us to arrange our trip just to our liking. This was not an easy task, as we had 2 families with different needs attempting to create an itinerary that would appeal to everyone. She took all of our changes to the itinerary in stride and arranged everything to our liking. Our guide, Kessy, was amazing - we could not have asked for better. When you spend as much time in a vehicle with someone as you do on safari, it's really important to have a good rapport. The first part of our trip was with my husband and me with his brother and family. Kessy was great with the kids, even when they weren't always the most fun to be around. Kessy was very knowledgeable and friendly, and was always open to our whims when it came to animal-watching and our questions about everything. The second part of our trip it was just my husband and me, and having Kessy all to ourselves was wonderful. He even put up with my obsession with watching dung beetles and my husband's need to get just one more really good picture of that giraffe... one more... (As a bonus, he was also very patient with my unending - and at times pathetic - attempts to learn Swahili.)
We did a side trip to Zanzibar, (midway through for my husband and me, at the end of the trip for my in-laws), which was unfortunately a little disappointing. The hotel we stayed in was great, but it was a very busy area and swimming and playing on the beach was not pleasant because we were constantly being approached by folks trying to sell us tours or boat trips. This is of course not the fault of Benson Safaris, but it would have been nicer to stay somewhere where there was a little less commerce happening at all times of day and night. There was some confusion with Benson when it came to the snorkel outing that had been planned. In our itinerary it stated that we were going to Chumbe Island, but when the guide came to pick us up he said that no, we were going across to Prison Island, a much shorter trip and by all accounts not nearly as interesting for snorkeling. After some back-and-forth telephoning with the tour representative in Zanzibar and with Pendo we figured out that the tour was incorrectly represented on our itinerary. It turned out to be too choppy for snorkeling in the Prison Island area unfortunately, so we missed out completely on that. Obviously the tour company has no control over the ocean conditions, but had we actually gone to Chumbe as we thought we were going to, it would have likely been better due to the location of the snorkel site there.
The other minor hiccup came with meals. My in-laws are vegan and we were assured that accommodating this would be no problem. Somehow, however, it was not communicated to the lodge we stayed in for safari, and lunches were not only not vegan, but there was only one lunch packed as vegetarian at all. Also, there were extremely limited options for vegan for the family at the lodge. Kessy did his best to try to fix this, but I think that communicating what vegan means was difficult. Again, a minor hiccup, but if you have very specific meal needs it would be a good idea to double and triple check on this.
Overall, though, an amazing experience! My recommendation overall is Benson Safaris for safari, and perhaps a different, local Zanzibar tour company for visiting the island.

Benson Safaris made our safari an unforgettable amazing experience

We booked a year ahead and had numerous questions. Pendo was always good at responding promptly to all of them. During the safari they made sure we were well taken care of. Our guides Peter and Amini were always pleasant and catered to... 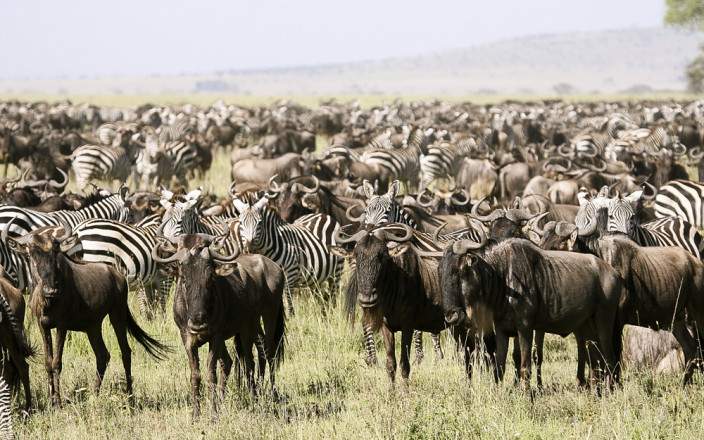